The Music Council at the Stag & Pheasant


The Music Council at the Stag & Pheasant 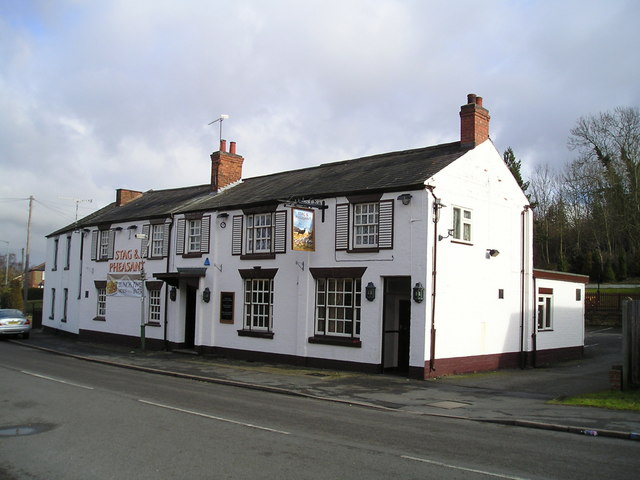 After several months of being off the scene for health reasons, my wife and I were lured out on Friday 25th January at the prospect of a new band at a new (for us) venue. The band, "The Music Council" is a varying number of members around the base of a trio of extraordinarily talented people. Nicky Newman on keyboard and vocals, Kieran Taylour on Bass guitar and vocals with Dutch Van Spall on guitar. Some may recognise the names as Dutch and Nicky are directors of Big Help Music an academy for young aspiring musicians to learn their trade. Kieran is of course a prolific singer songwriter in his own right.

Before the main event, we were treated to performances to backing tracks by some of the younger members of the academy who are benefitting from the nurturing and encouragement they are receiving at Big Help Music.

First up was James B a thirteen year old from Southam. He possess a fine melodic and surprisingly mature voice for his age as demonstrated by his rendition of "My Universe" as recorded by The Shires. It was a good start to the show and most enjoyable. His venture into RAP was slightly less successful as he was hampered somewhat by the backing track being a touch too loud. His compensation for this made Bars & Melody's "Hopeful" sound a little over performed. However we were back on more sturdy ground with Ed Sheeran's "Castle on the Hill" which was his best number in my opinion. This lad has talent and this was amply demonstrated by his closing song, Olly Murs' "Right Place, Right Time" He is actually in the right place at the right time being a member of Big Help Academy who will teach him stagecraft and performance skills.

Caitlin McCarthy is a pretty thirteen year old girl from Coventry who has a soulful but powerful voice. The opening bars of Etta James' "I'd Rather Go Blind" set the hair on the back of my neck at a stand. That one so young could grasp the concept of the blues and perform this noted song in such a way leaves me in wonder. Not only did she carry it off, she smashed it. "Carry You Home" a James Blunt number again demonstrated her command of emotional material. A third song displaying emotion was "Lost Without You", so we get the impression that this girl loves the genre. However, she amply handles passion and power too as "River Deep Mountain High" showed us. This is a young girl has made mark with me and I look forward to seeing her again.

The third young member of the BHA on stage this night is Theo Gladman from  Tamworth. I have seen this young man before, most recently at a Christmas concert in Rugby. He is benefitting from his time spent with Nicky, Dutch and the other professionals brought in to acquaint the youngsters with how to present themselves to an audience. His choice of material suggests he has an interest in thoughtful and sincere songs. This is no bubblegum pop singer we have here. Franklin James'  "I want you to be happier" conveys hope and care for another. He is not afraid to tackle more serious, difficult songs as his closing number illustrates. "Impossible" which has been recorded by several, but the version by James Arthur most resembles Theo's contribution. He is worth watching.

There is no fourteen year old that I know who is happier on stage than Thea Watson. Despite being dressed entirely in black, she brightened everyone's night the moment she appeared. I don't know how many adjectives can be applied to this young lady, confident, funny, witty and able to respond to audience reactions are just the beginning. Her long blonde hair flies about as she bounds with energy. It was no surprise therefore that her opening song was the lively George Michael classic "Faith" this went down very well and had the place jumping.  A complete contrast was the Julia Michaels' song "Issues" this one stopped the pub. You don't take on a song challenging as this unless you are extremely confident that you can carry it off. With the incomparable Nicky Newman on piano, Thea didn't just carry it off, she knocked it down and dragged it off by the hair. You could have heard a pin drop as the audience fell silent. It was more than impressive, it was spectacular.  Contrast that with Bruno Mars' "Count on me"  followed by "I don't Want To Se You Any More" The power as well as control this girl has was delivered in the show stopping  "Power Of Love."

Trinity Trappett  is developing nicely from being a rather gauche young girl who sang a bit, into a experienced singer with an eye towards glam. Her long platinum blonde hair combined with her trademark blue lipstick, she cuts a figure that broadcasts "stage" in her appearance.  Sixteen year old Trinity actually started the evening as Compere for the younger element, before taking over the sound desk as the older artists appeared. Her own set consisted of an eclectic mix of styles starting with a teenage favourite "Riptide" which contrasted greatly with "Strawberry Wine" a bit of Good 'ol Country music. Trinity with her luscious hair draped over her shoulders could have been on the stage at the Grand Ole Opry in Nashville, she sounded and looked that authentic. Throw in "A Thousand Years" from Christina Perri and you begin to see what I mean by eclectic.  A curved ball immediately followed which threw a lot of us. we were not expecting David Bowie's "Moonage Daydream" from his slightly weird Ziggy Stardust period. Trinity could hardly have chosen a  bigger song to finish. I think with some trepidation she launched into Queen's "Somebody To Love." This one got the bar staff applauding, nuff said? I think so.

At this point in the evening The Music Council took to the stage. From that moment the music was predominantly live. The previously mentioned band members, Newman, Van Spall and Taylour provided their own backing to not only their own songs, but that of a plethora of other BHM artists. "Wake me up before you GoGo" was their lively opener, they were then variously joined by Lorna Dea, Thea Watson, Elan Marie O'Callaghan, Trinity Trappett and Caitlin McCarthy, in fact the personnel changes were so quick that at times it was difficult to keep up with them. I can only list highlights but even then there were so many. Lona and Dutch teamed up for a Suzanne Vega song I've been know to have a go at myself (yes in public, poor people) "The Queen and the Soldier" It was good to hear it done properly. Nicky sang Adele's "When We Were Young" with the band behind her. Elan Marie brought her guitar and with Dutch and Kieran bearing two more, sang "Hotel California". Lorna did "Young Hearts Run Free", Nicky and Kieran reprised their "Beauty and the Beast" triumph from the Christmas show. This is just a snippet of the good music before us on Friday night. The band had customers dancing in the aisles it was a really good night out, and the best thing it is all going to be repeated on the third Friday of every month.