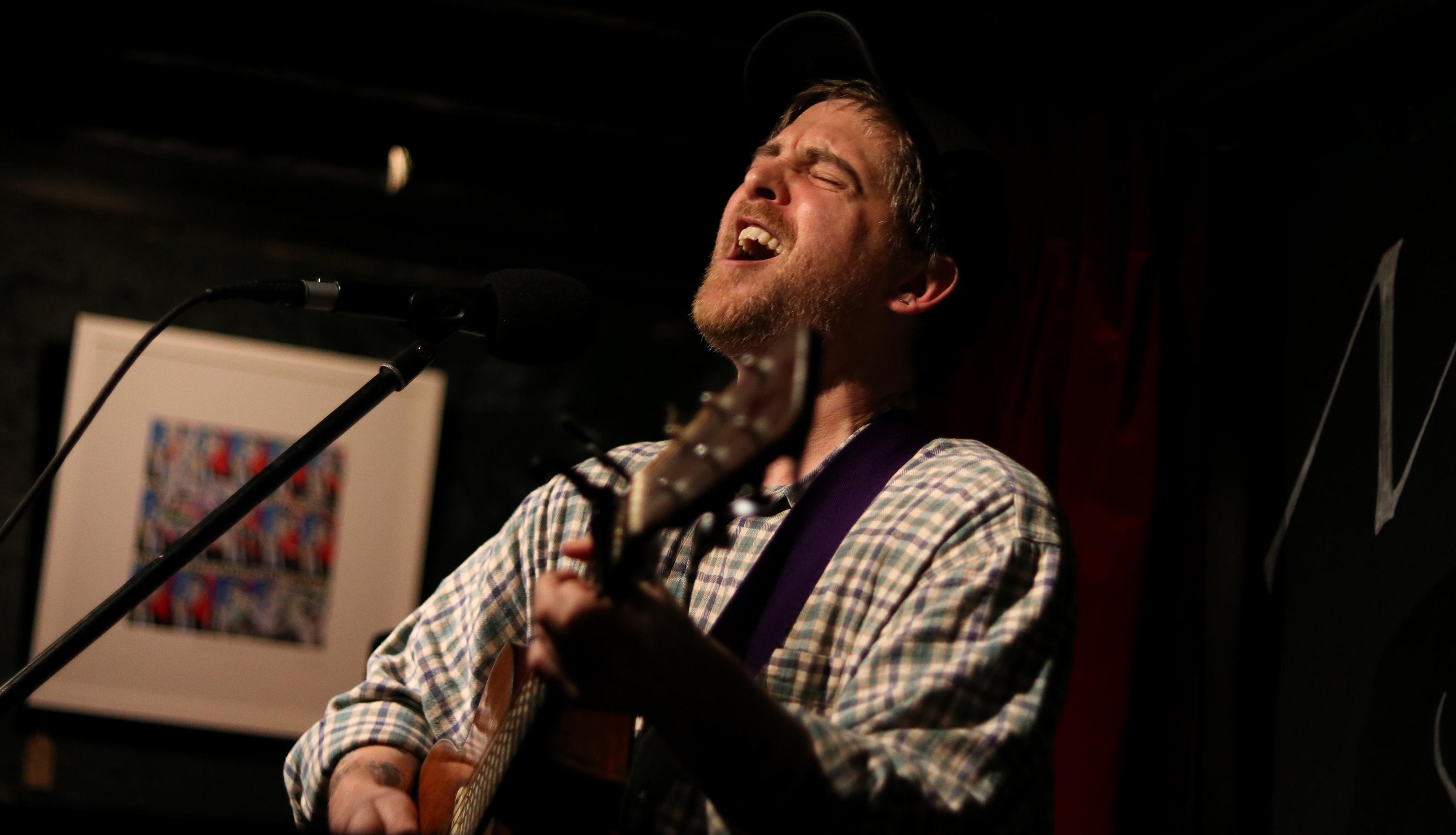 Since I've promised myself & my readers to leave off describing gigs at the Magic Lantern as "magical" (however apt) I'm going to settle for "mesmerising"  in relation to last evening's one featuring Wes Finch supported by Chris Tye. Because it was.

First up was the aforementioned Chris. At the end of his set, most people (after prolonged applause), seemed to turn to each other & raise eyebrows and mouth "wow" etc. The general topic of between-set conversation was (in my experience) "I wonder if he can be persuaded to come back & play a headline gig?". Let's hope that when he reads this, it will convince him of the welcome he'd get if he was able to do so. Certainly his excellent originals set (which included new material) appealed greatly to the audience: I might even ask to hear him play an instrumentals set so superb was the quality of his guitar playing: which set the benchmark for the "mesmerising" tone.

Check out his music including his 2017 album (on which Wes & many others play) "Stronger in Numbers "and "The Paper Grenade" which featured strongly last night at https://christye.bigcartel.com/

After the break, Wes began with a series of songs performed solo, including new material (one was still untitled) and pieces he had not played recently, before being joined by long term & regular collaborators Jools Street (violin) and Ben Haines who deployed more techniques on a single snare drum than I had conceived as possible. If Wes' voice is utterly unique & instantly recognisable, the playing of these three is too: the sound they have crafted over the years is exquisite & yes, "mesmerising". Drawing from Wes' fascinating catalogue, apart from material from his own albums plus his new compositions, they played one track from their Mechanicals Band project (in which they play with viola player Katrin Gilbert & double bassist John Parker: look out for the full five piece lineup back at the Magic Lantern on 31st March), namely a setting of Phillip Larkin's "Long Lion Days" and a number of released & yet to be released songs by Wes' new project the Silver Wye. They also performed "The Pact" from Wes' 2017 collaboration with Chris Tye: "CMYK".

If the sound of this trio can take you into rapturous states of mind (and it can & does), then don't neglect the depth of Wes' lyrics. Marinated in allusion, some names, quotations & references can delight you when you recognise them. Others you simply don't know but that merely gives a mystery, mystique  & charm which enhance the songs: you don't go to too many gigs where between numbers,  audience members raise queries as to lyrical inspirations & receive such detailed responses on our culture & history.

Towards the end of the evening, amidst the applause for the performances, Wes made a call for applause for the broader picture: the independent nature of the venue & the role it & the audience play in nurturing local music & arts.  Quite a few venue opportunities these days offer musicians paid gigs but on the basis of perceived audience preferences for cover version based sets. It is excellent that opportunities like this also exist where excellent performers can also demonstrate their songwriting before appreciative music lovers as evidenced by the past & future artists booked at the Magic Lantern.

If you are an admirer of the visual artistry of Russell Whitehead or the musical artistry of Wes Finch, or indeed of both as I am, then I'm sure ...
[1 image] END_OF_DOCUMENT_TOKEN_TO_BE_REPLACED

I'm sorry to say that I'd never previously attended one of the summer Sunday afternoon concerts on the Bandstand in Stratford before but ...
[7 images] END_OF_DOCUMENT_TOKEN_TO_BE_REPLACED

Very slightly more than twelve months ago I reported to you on Wes Finch's Leap Year gig: a special event to mark the four yearly occasion & to ...
[1 image] END_OF_DOCUMENT_TOKEN_TO_BE_REPLACED

Somewhat to my surprise, yesterday afternoon I found myself enjoying live music in the actual physical presence of the musicians creating it for the ...
[2 images] END_OF_DOCUMENT_TOKEN_TO_BE_REPLACED

There is some good news for Wes Finch fans awaiting the release of his Leap Year gig live album (as (p)reviewed in this magazine last month) He has ...
[1 image] END_OF_DOCUMENT_TOKEN_TO_BE_REPLACED

Well here I am again, this time reviewing not one but two artists on whom I fear I may have already used up my supply of appropriate superlatives in ...
[3 images] END_OF_DOCUMENT_TOKEN_TO_BE_REPLACED