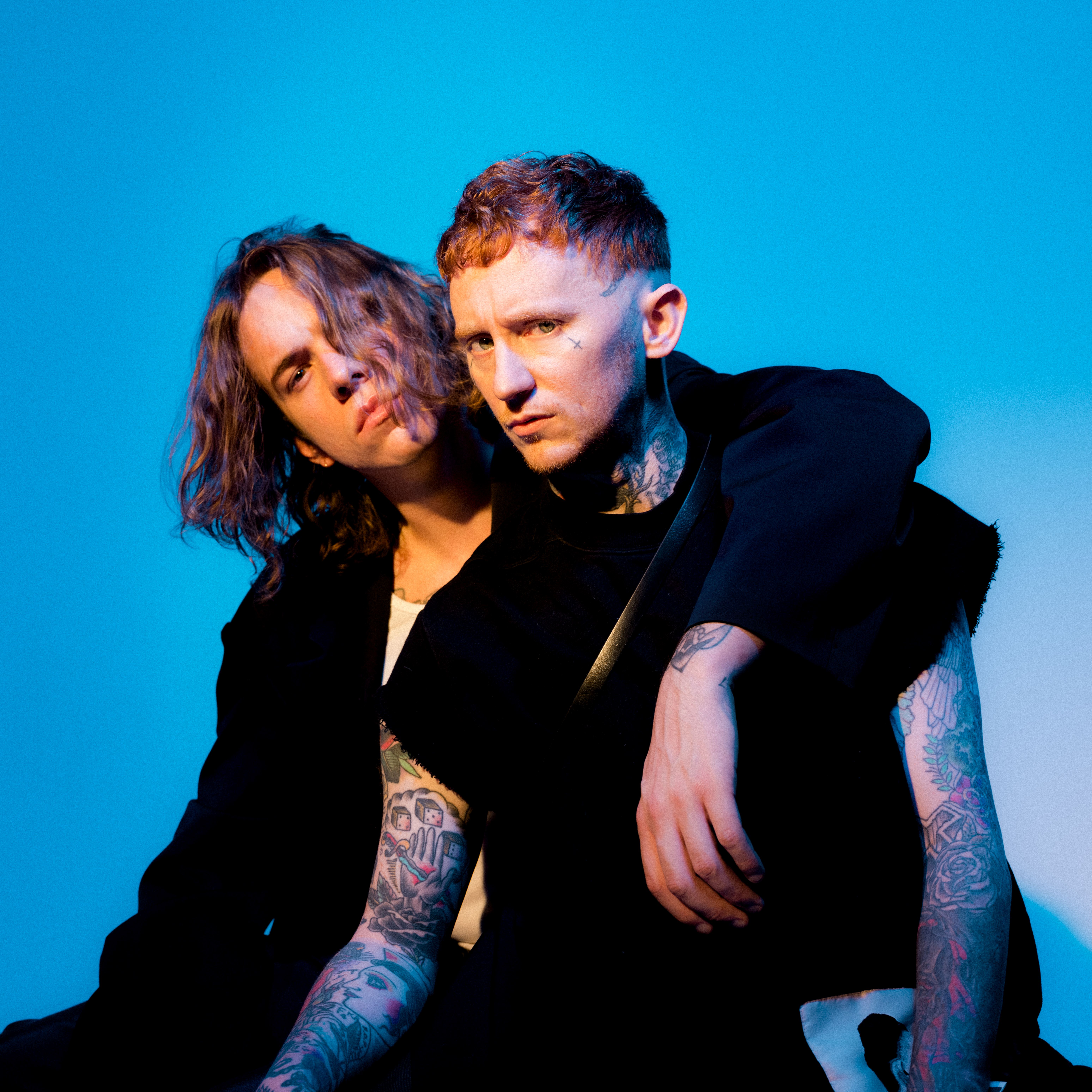 They say the third time's the charm, and, after the breathtaking, ruthlessly efficient one-two punch of "Blossom" and "Modern Ruin", here we are – at FRANK CARTER & THE RATTLESNAKES' album number three – at once a stadium sized declaration of intent and a deeply personal cri-de-coeur called "End of Suffering".

Recorded in just six months over the heatwave that engulfed London last year, End Of Suffering - named after the Buddhist term for enlightenment- is the sound of a band entering an entirely new realm of the senses, a forty minute rock'n'rollercoaster of molten-hot bangers, scorched-soul ballads and grunge lullabies laced through with a lacerating lyrical honesty.

With Cam Blackwood (George Ezra / Jack Savoretti) at the helm and legendary mixer Alan Moulder (Nine Inch Nails / Queens Of The Stone Age) sprinkling sonic stardust, the resultant album sees Carter, co-songwriter Dean Richardson and co not so much spreading their wings as running and leaping headfirst into heretofore uncharted waters. Opener ‘Why A Butterfly Can't Love A Spider' finds Frank at full stretch, singing: "When I'm high I'm in heaven/When I'm low I'm in hell", while first single "Crowbar" is tauter than a highwire and relentlessly sharpened to a razor's edge, a sonic Molotov cocktail of a track delivered with the anarchic zeal of the gilets-jaunes rioters. "I saw an amazing bit of graffitti during the Paris riots which said: ‘We've cut off heads for less than this'" enthuses Frank. "I loved that attitude. People are sick of being force fed doom and gloom." It also comes complete with a video directed by long-time collaborator Ross Cairns (who has also directed videos for Biffy Clyro and QOTSA) and acts as a blistering clarion call to arms.

When the fury is dialled down however, even more startling shades start to surface. ‘Anxiety' is a paranoic festival anthem in waiting, while ‘Love Games' is an absolute beauty; a distortion-heavy nod to Amy Winehouse's finest moment destined to soundtrack the summer.   ‘Angel Wings', meanwhile, is as bleakly poetic as Charles Bukowski. A howl of existential despair involving vodka and viocodin induced visions of  ‘feathers made of diamond rings/dragons made of oxygen' it's worthy of those other harrowingly honest third albums, The Manic Street Preachers' Holy Bible & Nirvana's In Utero (both band favourites).

The album also features Tom Morello as a guest guitarist on ‘Tyrant Lizard King'. The two re-connected after many years at Resurrection Festival in Spain last summer, where Frank infamously sung Rage classic ‘Killing In The Name' to a 40,000 strong crowd, finishing the track with a stage dive worthy of the rock'n'roll hall of fame.

Indeed. In an age of say-nothing pop and codified corporate rock, End Of Suffering does what all great music should- lift the spirits and stir the soul.

In the lead up to album release, Frank Carter & The Rattlesnakes will play intimate shows across the UK and Europe, bringing their trademark intensity and raucous stage presence to tiny venues and giving a first glimpse of End Of Suffering in a live setting. Tickets to these very intimate gigs will be available to fans early via an exclusive pre-sale on the website, head here.

End Of Suffering will be released on several exclusive, limited edition formats,  full info on the band's website here.

As those of you who were kind enough to read my interview with Paul McLoone last week (and what an interesting one that was for me to enact) will ...
[5 images] END_OF_DOCUMENT_TOKEN_TO_BE_REPLACED

As reported earlier in this month, one of the world's favourite bands, The Undertones, are playing at the HMV Empire in Coventry on Saturday ...
[2 images] END_OF_DOCUMENT_TOKEN_TO_BE_REPLACED