STEVE WALWYN - UP CLOSE AND PERSONAL AT THE CATALAN


STEVE WALWYN - UP CLOSE AND PERSONAL AT THE CATALAN 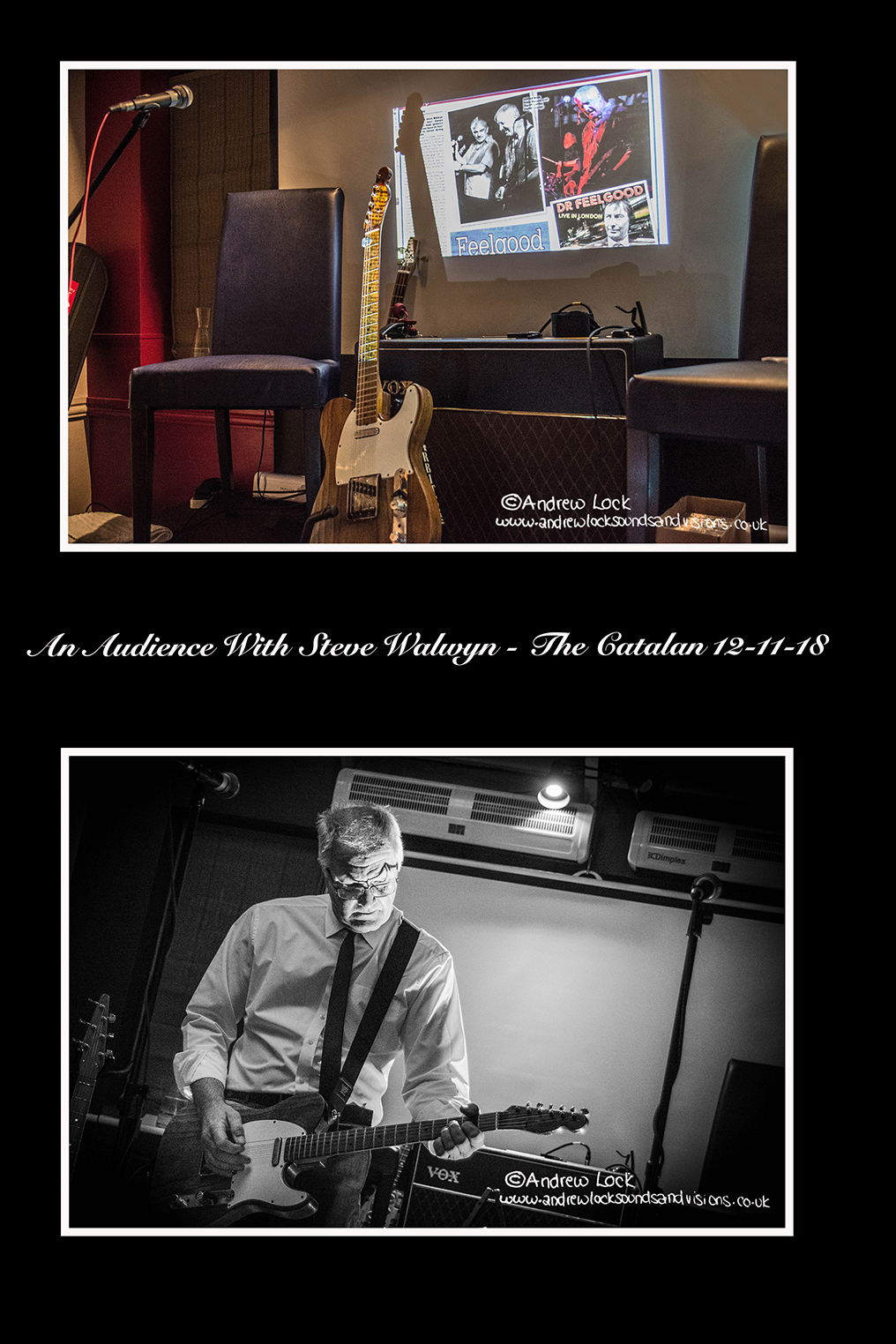 Wonderful stories from Mr Walwyn prompted by well set questions from our very own Holly Hewitt along with a few from the audience started this special evening which due to the generosity of the man himself in donating all of his fee as well as the proceeds from any of his solo albums sold on the night raised over £400 for the ILEAP charity (a cause very close to Steves heart).
We had numerous tales/anecdotes from his days with The DTs, The Mosquitos, Chevy, Red On Red, Dr. Feelgood and many more and he also told us about his own personal musical heroes and influences.
Names dropped (in Steve's very modest way of course!) included the likes of Brian May, Kate Bush, Eric Clapton, Rory Gallagher and Jeff Beck with my favourite part being the fact that Led Zeppelin legend Robert Plant owes Steve a support set over a game of pool bet a while back and we mean Mr Plant supporting Steve (so looking forward to that one!).
He was very generous in giving us so much info on his amazing musical life but sure there are plenty more gems that will make his proposed book for which I cannot wait.
His passion when he talked about his amazing guitar collection was a joy to behold (understand completely as I sometime get so passionate about my photography, some would say overly so!) and what a privilege that he brought along his famous Plank to show us as it is so treasured it stays safe at home most of the time.
After a short break it was live music time with of course a good dose of blues firstly Steve solo and then performing with guests local musicians and good friends Martin Cure, Sam Powell and a returning Holly.
The music matched the high quality of the talk and I particularly loved the foot-tapping cover of Canned Heats ‘Going Up The Country' and a blast from the past from my 1980's Kellys days with the Red On Red number ‘Sign Of The Times'.
Amazing stories and music to match from not just for me one of the finest blues/r&b/ rock guitarists in the country but also the nicest man in music (I always so it but it is so true) and of course one of our very own - Thanks very much Steve and thanks also to Malcolm, Holly, Sam and Martin.

Less than 2 weeks to go now so here is my final update on my upcoming charity photo exhibition and sale.
[7 images] END_OF_DOCUMENT_TOKEN_TO_BE_REPLACED