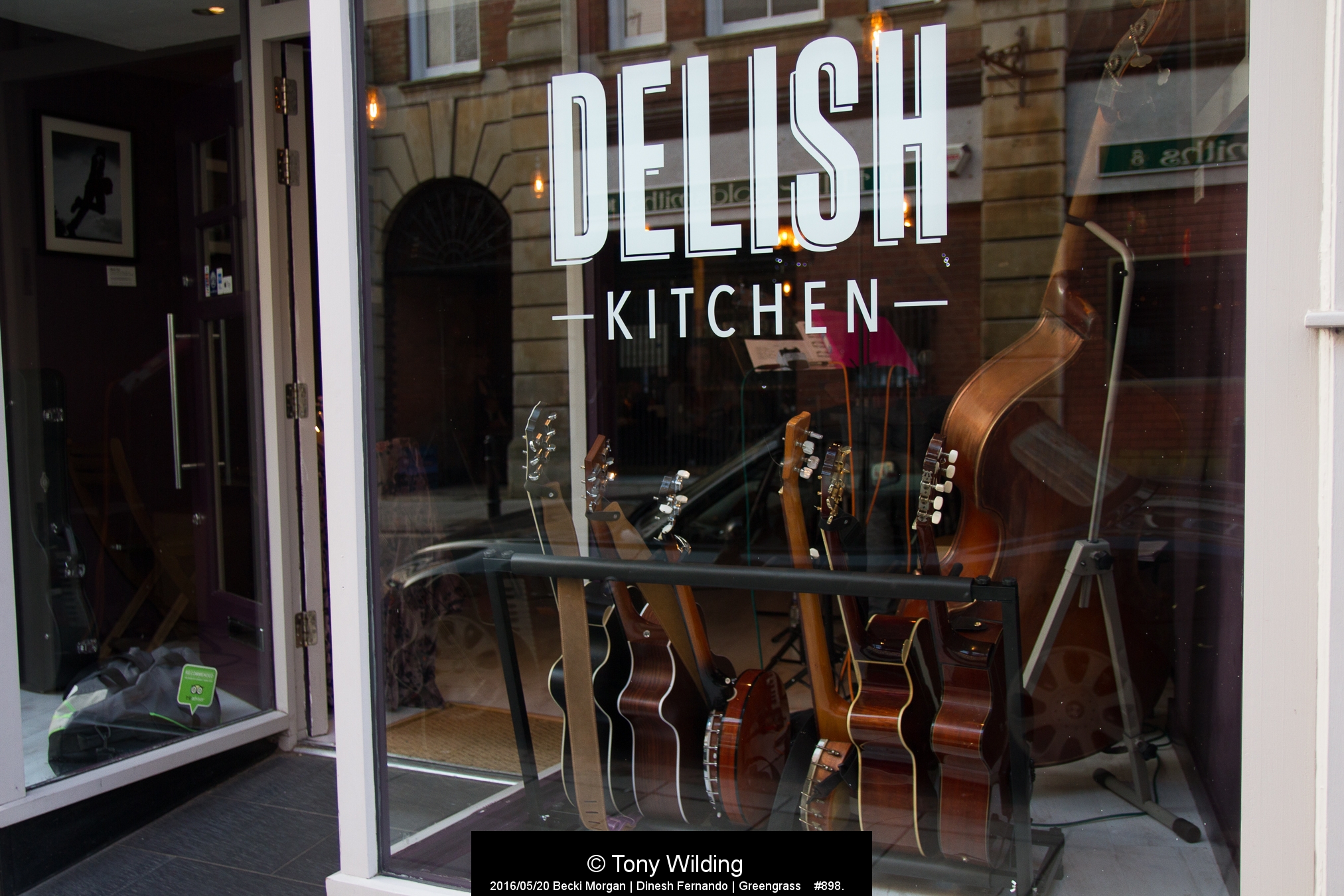 1 of 10
11A Bank Street Rugby CV21 2QE Next event already announced at boutique Kitchen & Bar, Delish which opens it's door's bi-monthly for a Saturday night of live music, tonight flying solo after 2 years as one half of duo Becki And The Dove is Becki Morgan kicking off superb triple bill with the later part laced with much mirth.Pleasing to hear a growing maturity in Becki's vocal delivery since first watching her solo live performance of Roar (Katy Perry) around 2013 and surprising choice of covers tonight which included Owl City (Fireflies), Pompeii (Above The Clouds). Songs also from Ed Sheeran and introduction for me to US rock band Jimmy Eat World before returning to college studies and GCSE revision.Packed venue and delight to see Dinesh Fernando back on the live circuit, following recent hand injury his take on the intricacies of James Taylor and Neil Young (Fire & Rain, The Needle And The Damage Done respectively) a joy to witness. Among his own compositions, the not so romantic We All Stand Alone, Let It Heal (a moment in original form of power ballad styled after Guns N Roses) Little Things and One Life (comment on social gatherings) given air with some of the sweetest male vocals around also shining on equally satisfying takes on covers of Cherry Ghost and Goldfrapp.The wait to hear Dinesh performing again only bettered with release of album still in production though I'll second his statement, nice to have an appreciative audience listening.Change to the advertised bill with GreenGrass, who also form the rowdier Mr Stinki's Remedy, describing themselves as Bluegrass meets Folk in guise of frontman Keith Nickless (Double Bass, Accordion and all other strings), Kate Vassalos (Guitar & Banjo), Lauren Woolhead-South (Violin) and Richard Notton (Cajon and Percusssion).Romp across Americana, blues and traditional folk set to original arrangements and we're not jokingly assured better harmonies encompassing Ricky Nelson (Garden Party), Madeline Peyroux (Dance Me To The End Of Love) with a rare thing - cheerful take on Leonard Cohen.Homemade capo's and loudest song of the night - one banned in the US and first tonight from the pen of Bob Dylan "Wagonwheel". Another new introduction The Common Linnets (Still Loving After You) and a cover of Kate Rusby (Who Will Sing Me Lullabies). Lead vocal in the most part provided by Keith - a soaring rendition of If It Had'nt Been For Love (notable on 21 by Adele - 21 this version based on The Steeldrivers) with backing harmony at times from each band member, Lauren taking lead on Follow The Heron Home (Kate on banjo accompaniment) - 2 banjo's feature in the set (thankfully not at the same time)which sadly over all too soon. Although not before a stirring extended multi part harmony on Blowin In The Wind, a sentiment ever ringing true.Acoustic Night No.3 takes place on July 23rd, triple bill features Wes Finch (Awena is a brilliant record that makes me think of Villagers and The Unthanks meeting in the Twilight Zone. FolkRadioUK) Eve Singleton (grab copy of her ep Famous Nobody) and lush acoustic of Robert Miles Barnett. Book tickets https://www.facebook.com/events/551363528399557/