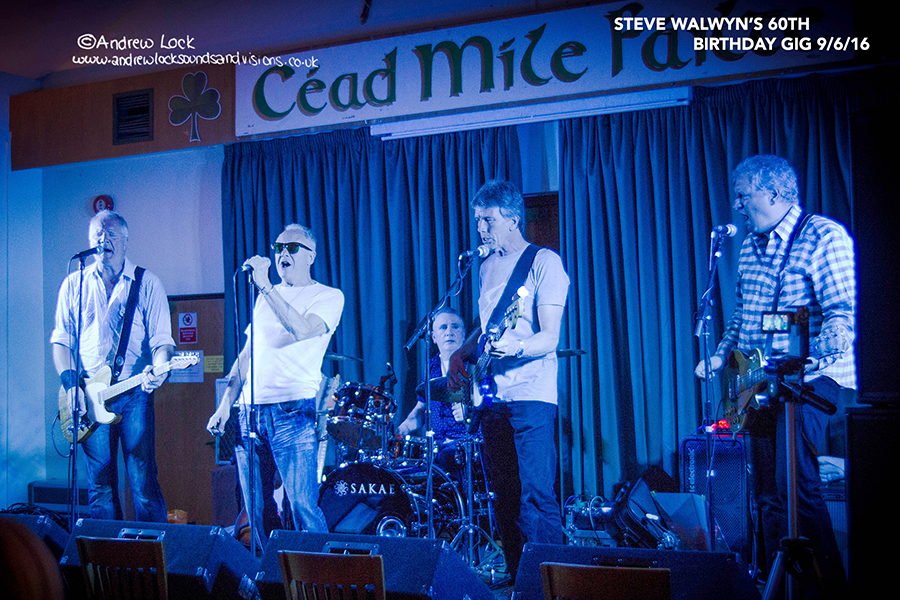 1 of 3
A fabulous night for our wonderful local musician and all round great guy Steve Walwyn with a packed room of friends, family and fellow ex and current bandmates and of course plenty of music with Steve performing on all 4 sets.First up was a showing of Steve's very first band Hands Off with a rocking covers set of the music they used to play back in the day including ‘Roadhouse Blues' and ‘Tush' followed by a raucous set of R & B rockers by The Mosquitos which really got the joint rocking and when they slowed it down it was for a scorching ‘I'd Rather Go Blind'.Second set started with a selection from his 2015 solo album ‘Instinct to Survive' which included the turbo charged title track and the wonderful swagger of ‘Sweet Louise'.Chevy hit the stage running with a corking ‘The Taker' with once again Martin Cure showing what a rock god lead vocalist he is and the band were on magnificent form all set with the likes of soulful rocker ‘Cold and Lonely' and the epic ‘Skybird'.A great night for a great man and the musical talent in the room was amazing with plenty of guest appearances on stage and the likes of Nick Rowbotham, Bob Poole, Chris Wright, Paul Shanahan, Sam Powell, Jim Batty and so many more helping the party along.