"Fire in the Belly" launch


"Fire in the Belly" launch 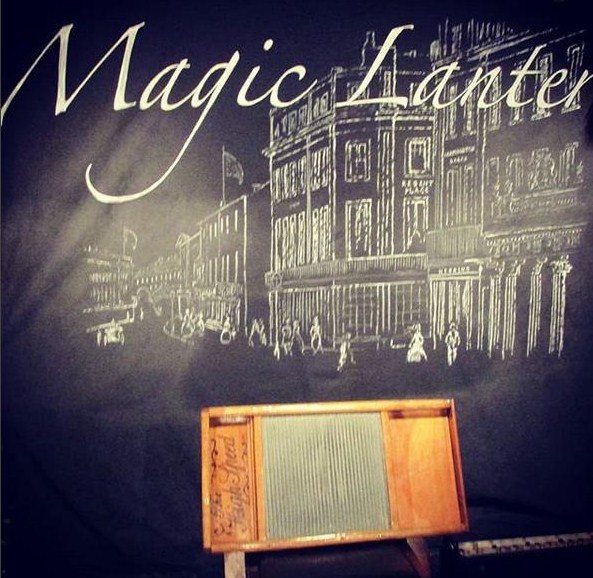 What a great combination: the launch of a great new book on the history of Leamington & area music in a wonderful new venue accompanied by some great musicians who feature in it. "Fire in the Belly" was in fact out & about on Wednesday in HEAD for those who read my review of their relaunch, but today the focus was solely on Keith Hancock, Jim Layton & their book. The Magic Lantern was so full of musicians & music fans that not everyone was able to fit into the room where it was held & had to listen from upstairs. I am looking forward to my first full gig there (Crokodile Tears on 10th August) having attended a few other events down there: they have regular talks & film showings. Should be a fantastic intimate venue.

Keith Hancock, who is one of Leamington's best known musicians (I'll cite Barnabus for starters but that is merely one of his bands: if you read the book you'll discover more) and Jim Layton have researched so much about the popular music scene from the 1950s and unearthed rare photos, carried out brand new interviews with crucial figures from both onstage & off and made sure the text covers not only the artists but venues, record shops and all the infrastructure which created & sustained a succession of scenes.

They gave a talk on the afternoon illustrated with slides & frankly could have talked for a whole day so great was the amount of stuff they had assembled, some of which was known to people present but few if any would have known it all (apart from those who have read the book).

Punctuating the discourse were a series of musical interludes carefully chosen by Keith & Jim to further illustrate the points they were making. These were played by well known local musicians but were not a series of well known Leamington songs: interestingly they were chosen to demonstrate the types of music influencing grass roots musicians & would be musicians at any given date: so we had a bit of George Formby who was among the earliest influences on youngsters who needed a cheap & easy instrument to pick up, the Shadows, Buddy Holly & the Everly Brothers.

Finally a "supergroup" of Steve Walwyn, Nick Rowbotham & Keith played three numbers from the soul & blues catalogues: you can imagine I'm sure how well this went down.

The talk ended at the era of The Shapes & Jackdaw with Crowbar as the major influential bands of their times. The amount of material Jim & Keith have received since their book was printed plus the demand to carry the story forward to the present day has already resulted in a "supplement" plus plans to extending the book into a possible series.

I had to leave after the Magic Lantern part of the launch and so missed Keith lead many of the attendees off on a tour of vanished venues & music stores in the area: I gather this will be a regular event to please keep your eyes open for it. And do read the book.....

My photos show the "supergroup" performance plus special guest Bob Grant whose Crown Hotel music workshops were so influential in the 1970s/80s: indeed it was good to stalwarts of them like Steve Walwyn & Cary Lord meet up again at this event.