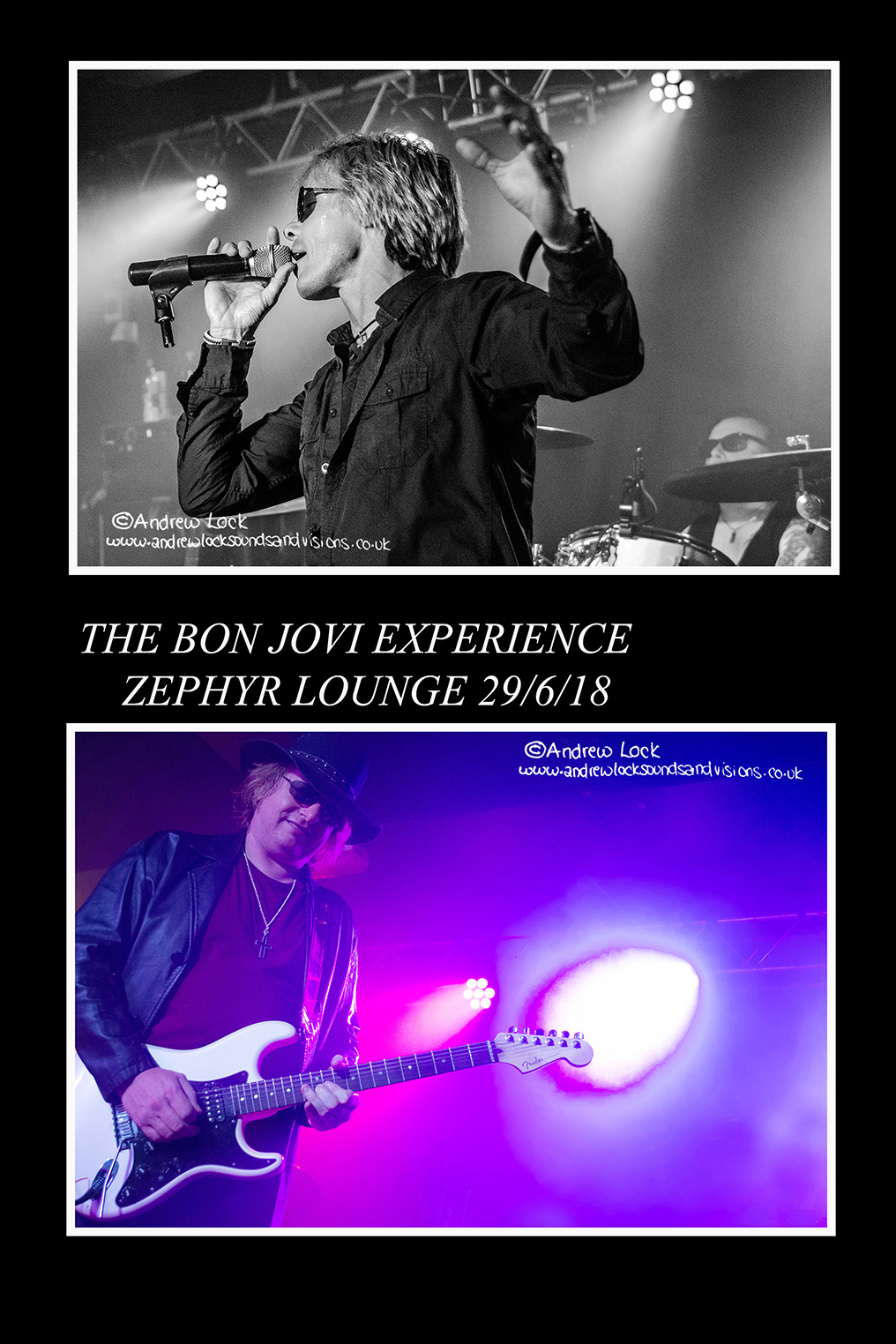 An extremely hot and packed Zephyr and a tribute band up there with the very best I have ever seen playing a blinder.
I love this quote on their web site "some say we're the best Bon Jovi tribute band they've ever watched. By some, we mean Jon Bon Jovi".
These guys paid homage to the New Jersey rockers in some style capturing the bands good time, polished melodic rock style to perfection and as for Tony upfront as Jon, just like the real thing is taken to an amazing level.
From the opening gem ‘Blood On Blood' this was a masterful trip through the Bon Jovi songbook and apart from an issue with our Jon's mic for the first minute or so of the set the sound quality matched the musicianship.
The sell out crowd lapped up every number including one of my favourites a charging ‘In These Arms', an anthemic ‘You Give Love A Bad Name' and going back to the early days for a spirited gallop through ‘Runaway'.
For the cowboys in the house we had two of the best examples ever penned ‘Blaze Of Glory' and an epic ‘Wanted Dead Or Alive' the latter with Edd delivering that iconic Richie Sambora intro to perfection.
Band all play their part perfectly and as I mentioned Tony is a dead ringer for the real thing, he has the voice, the charm, the moves, the looks and the smile and he rocked out on the rockers and made a fuss of the ladies on the front row during the ballads ‘Bed Of Roses' and ‘Always'.
The party atmosphere of the gig was helped with the many chances for the audience to join in and this was a red hot night for those in the audience and the band were red hot on stage to match.
A cracker and they are back in town on Friday 21st December upstairs at The Assembly where with a bigger show they may be well be even better.

Due to the bad weather tonights (2nd March) gig by the Bon Jovi Experience at The Zephyr Lounge in Leamington Spa has been cancelled but the good ...
[1 image] END_OF_DOCUMENT_TOKEN_TO_BE_REPLACED

I have often written about the wonderful, in fact the weird, thought provoking & wonderful evenings Johnny Satsangi puts on at the Zephyr Lounge ...
[1 image] END_OF_DOCUMENT_TOKEN_TO_BE_REPLACED