MY BRIEF VISIT TO THE LEAMINGTON PEACE FESTIVAL 2018


MY BRIEF VISIT TO THE LEAMINGTON PEACE FESTIVAL 2018 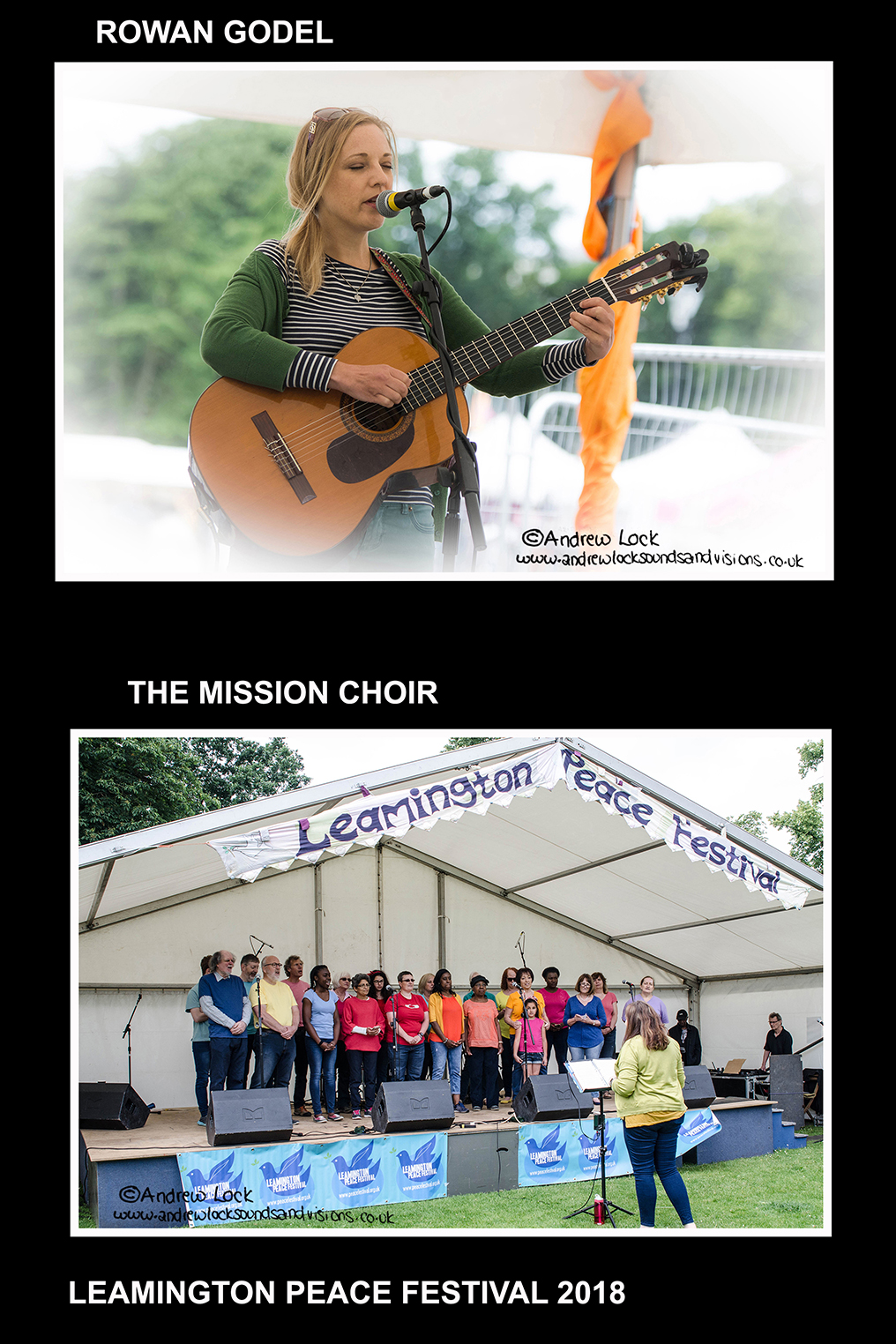 For this years festival it was the early shift for me from just after 11am (for the first band) until around 2.30pm on the Saturday catching 6 performances and I must admit the standard was pretty high.
Opening the Riverside Stage with one of the best sets I have seen at the festival were Leam/Cov rockers Mara Falls and with their spirited mix of indie sounds and at times Muse like prog rock with plenty of light and shade and atmosphere they went down a storm to the early attendees.
In contrast next up a couple of wonderful vocal performances by The Mission Choir followed by over on the Bandstand stage (no bandstand this year though) the laid-back exquisite folky voice and guitar picking of Rowan Godel.
Back to the main stage for one of our very own, Leamington based Man Made Moon who's easy going style reminded me at times of The Travelling Wilbury's then a quick dash back to the bandstand for a fun set by Warren And The Magpies giving a blue grass feel to many a pop/rock classic.
A class act to finish my visit this year with a stylish set by Kate And The Mooncats (missing Kate as she was at a different festival booked before this one) but her replacement, local singer Claire Glasbey did a fantastic job and the likes of ‘Moondance' and ‘Dream A Little Dream of Me' brought a relaxed and chilled out vibe to the festival.
Great stuff as usual this year and sure I missed a few crackers later.