"We'll Live And Die In These Towns" launch 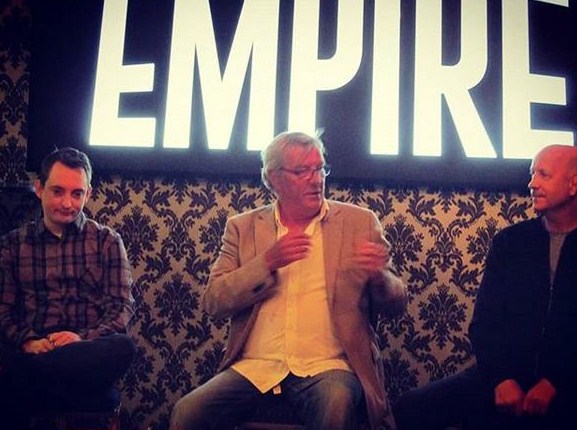 We remain so fortunate to have in our area the Belgrade Theatre with its superb history of promoting innovative new work, fostering new talent & engaging in music as well as drama. Over the years, (and it is their 60th birthday in 2018), some of the most exciting local bands have played there & many plays have celebrated local music. Next up, from 29th September to 20th October, is a brand new play by "Fragile" author Geoff Thompson who has created "We'll Live And Die In These Towns", inspired by & structured around the debut album by the Enemy.

The production was launched this afternoon at the Empire in Coventry by Geoff along with Tom Clarke of the Enemy (and the Empire) who wrote the songs and Belgrade Artistic Director, Hamish Glen.

Geoff spoke passionately to the compere of the event Heather Kincaid of his response to the original album & its sense of commitment and passion: he played it incessantly, often to the point of emotional overload and explained how he created his work, trying to capture the poetry & truth of the songs and working them into a wider context than just their Coventry origin (as Hamish pointed out, the title is in the plural) by reference & connection to the Bhagavad Gita, the c5,000 year old Vedic texts.

Tom explained that once he appreciated how his songs could address wider issues of personal struggles to overcome anxiety, he identified with the work and in fact is (as he seems always to do with projects which interest him) throwing himself into the heart of the production, becoming its Musical Director & personally teaching the cast of nine actors & musicians  how to play his songs authentically.

(Musical) plays constructed from a selection of songs not originally written to tell a coherent narrative have a very chequered history.
[4 images] END_OF_DOCUMENT_TOKEN_TO_BE_REPLACED

Thursday 19th January 2017 saw the official launch of the new Coventry Music Museum exhibition "Live & Die: A Celebration of The Enemy" which will ...
[1 image] END_OF_DOCUMENT_TOKEN_TO_BE_REPLACED

With 2019 marking his 85th birthday, singing star Vince Hill will be heading home to Coventry next month to perform a special farewell concert at the ...
[1 image] END_OF_DOCUMENT_TOKEN_TO_BE_REPLACED

I am indebted to Heather Kincaid of the Belgrade Theatre for her heads-up on the news that local singer Letitia George (who previously appeared on ...
[1 image] END_OF_DOCUMENT_TOKEN_TO_BE_REPLACED