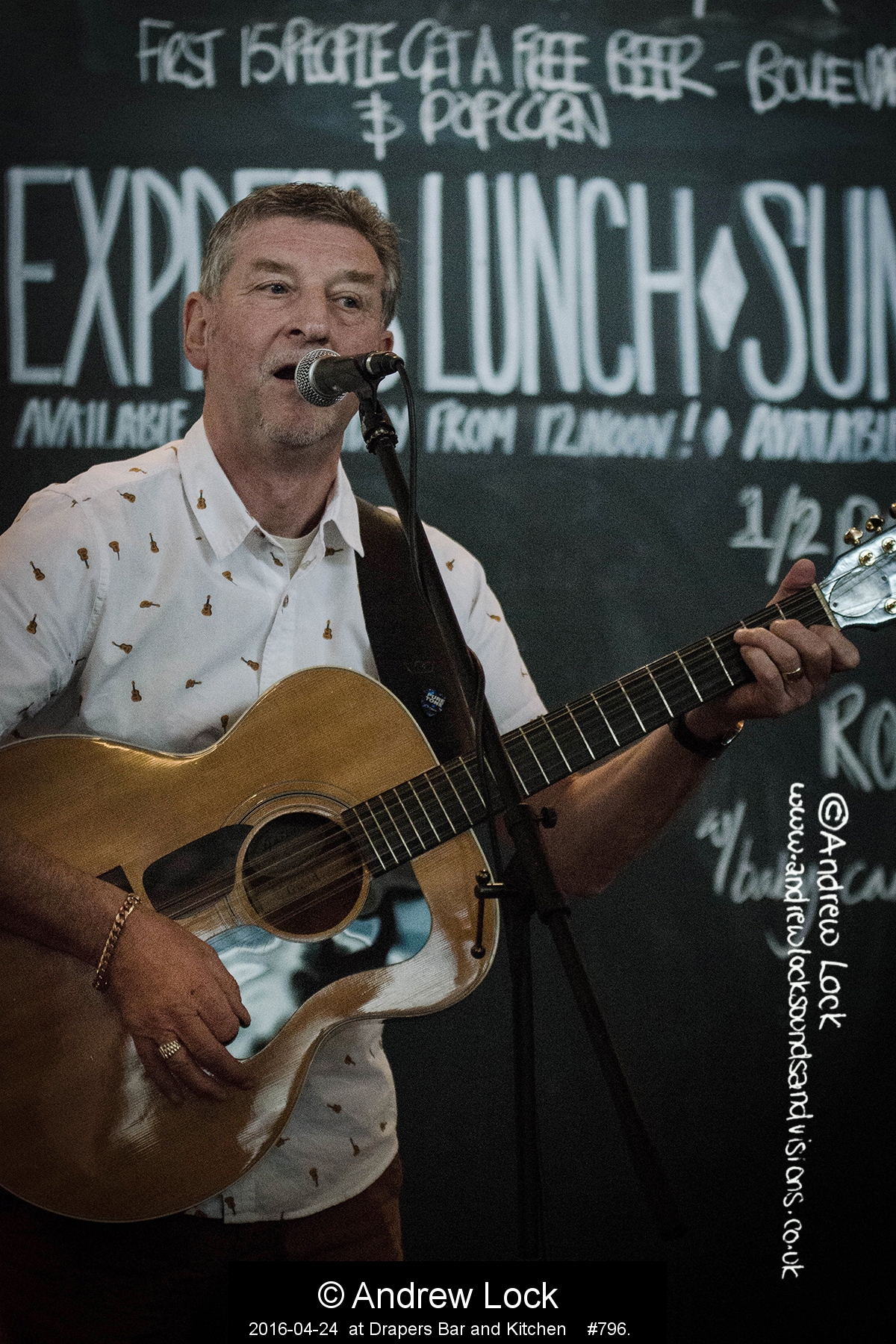 1 of 7
My first impressions on entering the venue ‘Drapers Bar and Grill' in Coventry city centre were promising, a very high ceiling, two floors for eating and drinking with for me a retro 60's/70's look with plenty of curves, a designated performance area and a bar with a variety of unusual beers.The talented singer/songwriter Kristy Gallacher hosts her Drapers open mic nights when possible twice monthly usually on the second and last Sunday of the month at what I think is a great time for live music on a Sunday 2.30pm-5pm.The format seems to be that after a couple of numbers by Kristy we have several featured artists who each play for around 20/25 minutes and a number of shorter pre booked slots.The featured artists at this session included the youthful Shannen Lindsay with her modern approach to songwriting/performing and her original numbers had clever lyrics, plenty of attitude along with some rocking acoustic guitar.A highlight of her set for me being a big Elvis Presley fan was her unusual and effective version of ‘Suspicious Minds'.Also featured was Dave Fry with his wonderfully warm and cosy folky voice accompanied by his 12 string guitar work and a dose of blues/country by Jon Harrington and Paul Moore accompanied by a percussionist and embellished with a little harmonica.The shorter slots were made up of performances by two duos One Trick Pony (great banjo work) and John Wright and Hilary Wilson (sharing out the lead vocals) and a solo set by Sam.A great way to spend a Sunday afternoon with good music and good beer.Andrew Lock