ROBINSON-STONE - REPORT ON THE LAUNCH GIG FOR THIER SECOND ALBUM, CATCH THEM AT THE NAPTON FESTIVAL


ROBINSON-STONE - REPORT ON THE LAUNCH GIG FOR THIER SECOND ALBUM, CATCH THEM AT THE NAPTON FESTIVAL 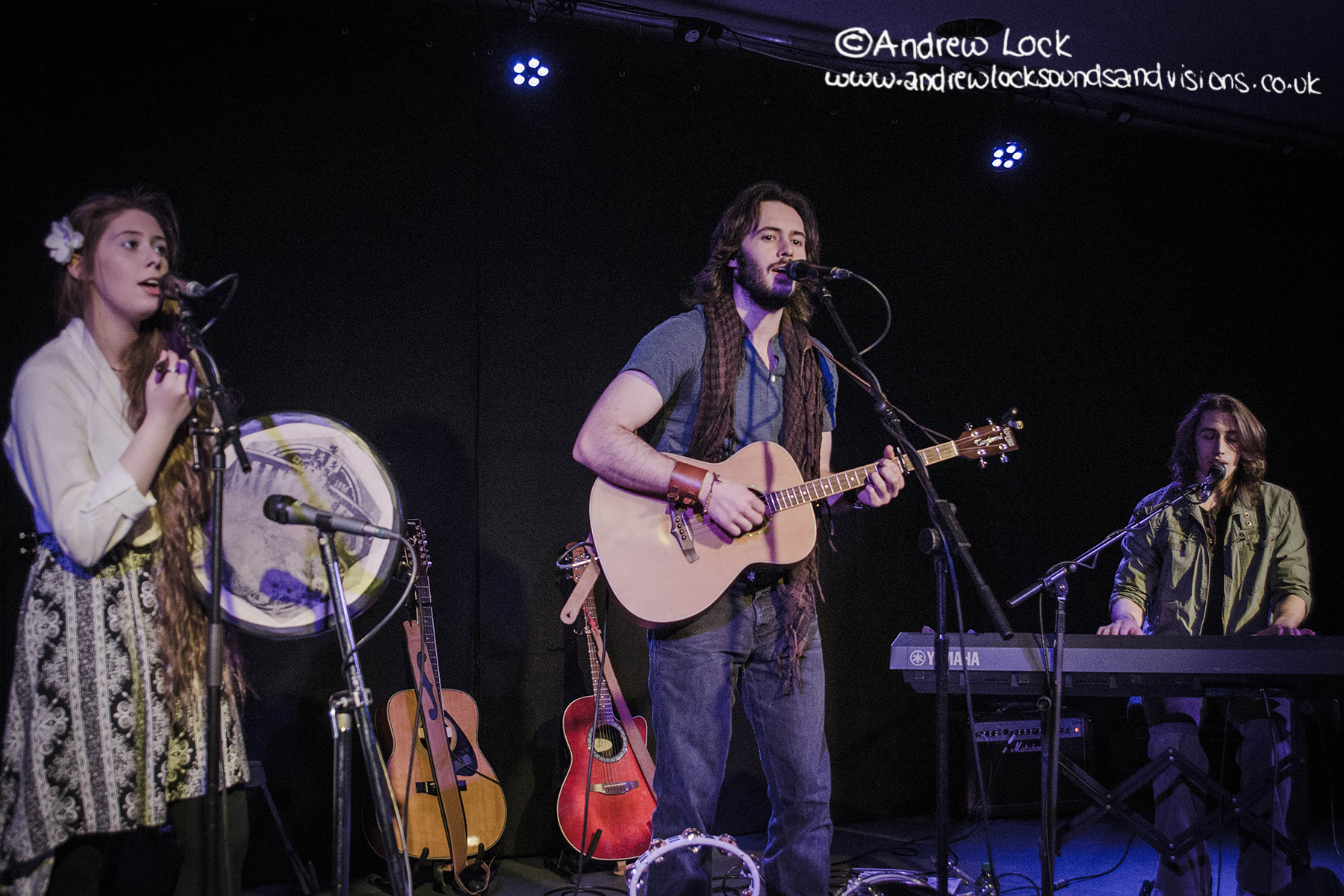 Possibly just outside of this web site gig review permit but as this band are previous inhabitants of Warwick and as they are set to perform for the third year running at this years Napton Festival (and as they are just such fantastic, talented artists) I wanted to write a little about this launch gig for their stunning self titled second album at the Artrix in Bromsgrove.The theatre itself is up there with the very best I have had the pleasure of visiting, spotlessly clean and tidy with top notch facilities and the studio room for this event perfect for an intimate show.Robinson-Stone (previously known as The Robinson Stone Brothers) are the latest act to get on to my personal live music play list (those that know me will have a fair idea of the others) and for me are as brim full of talent as anyone I have seen and heard.You lose count of the vast collection of instruments that this 3 piece family band introduce during the performance particularly with girl wonder Leyna who seems to be able to take her hand to just about every instrument known to man.This young band perform a fabulous blend of folk, country, celtic folk/rock and roots music with such musical panache along with drop dead gorgeous 3 part vocal harmonies and good humour throughout and you can not fail to be anything but impressed at times mesmerised by their performance.Seconds after the last audience member took their seat and with no intro tape or grand entrance the band walked on with no fuss as if the gig was for friends in someone's front room.The show consisted of two halves and of the 20 plus numbers performed the majority came from the new album and previous (debut) release ‘Home' with a selection of quality covers including several from the Clifford T. Ward songbook (a big influence on the band), The Corrs and the Dixie Chicks.Robinson-Stone consist of Danny who takes main vocals and guitar duties (and more), Dean on piano, percussion (and more including plenty of comic and musical improvisation) and Leyna on bass, Whistle, (and much more).I can honestly say I loved every number in the two sets so picking standouts difficult but here we go.From the new album Celtic instrumental ‘The Crew' reminded me a little of one of Mostly Autumn's (one of my favourite bands) early Celtic tinged numbers with a little sea shanty thrown in and ‘Bye Bye' and ‘Forever Young' were both delightfully catchy, bright and easy on the ear.Also from the new album they stretched outside their comfort zone with the wonderful blues/funk of ‘Movin On' and I loved the gospel tinged ‘Get Up Again' which for me had touches of Chris De Burgh at his best.Plenty of delights also from the ‘Home' album including the gothic romance of ‘Emily' with lead vocals superbly handled by Dean and ‘Rise and Fall' with its superb vocal harmony work.The covers included a beautiful ‘Gaye' (Clifford T Ward), ‘Gone ,Gone, Gone' originally by the Everly Brothers but performed more in the style of the Plant/Krauss version, a lively run through the Corrs instrumental ‘Toss the Feathers' and a wonderful ‘Take it Easy (The Eagles).A bonus and special treat to keep rockers like me happy was a full hearted take on Bon Jovi's ‘Who Says You Can't Go Home'For the encore it was fun and games and back to Clifford T Ward and in Middle Earth for a fun filled ‘Gandalf'.Just about a faultless performance with even the guitar re-tunings giving Dean a chance to dazzle on the keys with bits of Billy Joel and a bit of Jazz.So much talent and for this young band surely the sky is the limit so catch them on the main stage at this years Napton Festival on Saturday July 9th.Andrew Lock