Levi Washington has taken photographs of the following acts:

"Shelter" and "Focus" by Levi Washington 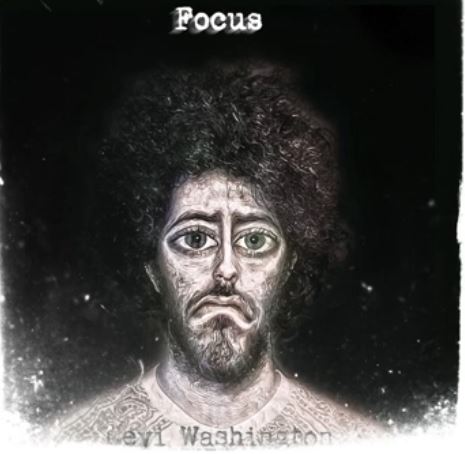 Out right now from that hard working artist Levi Washington (currently he seems to be organising around 60% of all live music in the area covered by this magazine) are not one but two singles named "Shelter" & "Focus" respectively: as they were released on consecutive days, what a treat for his fans: at this rate he'll be vying with Daffod'i'll for testing a reviewer's capacity to keep up with new material. Not that I'm complaining!

The previous Levi single I reviewed here was the stunning "Polaroids of Yesteryear" and it's an indication of the breadth of his musical interests and capabilities that neither of the new pieces sound anything like that great track: the casual listener would certainly be forgiven for coming to the conclusion, after hearing each of them, that they were the work of three separate artists.

I'll start with "Shelter" as it came out marginally first. To say it differs from "Polaroids…." would be an understatement as it's a joyous & upbeat slice of authentic reggae: a genre I can't say I've heard much from him in the past, which is a shame considering how good this song is: it's certainly the real thing. Sung a little like Maxi Priest in style, this is a gorgeous song (especially for a November day) and the subject matter matches this: taking a theme which others (for example Dylan in "Shelter From The Storm") have explored in terms of extolling the virtues of offering refuge and compassion, both physical and emotional, it goes further in considering what such actions might over time grow into: helping develop the refugee's perspectives on life and offering a catalyst for transformation into a better person. You can also just groove to it if you wish as it's pretty infectious (in a good way.

"Focus" frankly is about as different from "Shelter" as you can conceive: both sonically and lyrically. It's far from a new song in creation: Levi first conceived of it quite a few years ago and this is his third attempt to record it in such a way that it fully captures his conception. In fact even after recording it last May, he has returned several times to fine tune it.

Much rawer than the other song (in fact it's raw. "Shelter" isn't), the pain in his lyrics seems to have been the chief element he wanted to get perfect: both through his own vocal performance and the musical setting in which he has placed it. Sitting in his ‘All Too Human' album which contains (among other influences) songs inspired by Nirvana, you can detect the effect of their sound on shaping what you hear here, though as with most of Levi's work, the influence is perhaps more discernible once he's mentioned it: he's too individual an artist for such things to always be immediately obvious.

Concerning "..being on that cliff edge where you could jump happily into the darkness or turn around and face reality, to chose life with all the pain and heartache that comes with your past and the uncertainty of the future…" the lyric seems uncomfortably personal at times (the self portrait on the cover is revealing in terms of perhaps amplifying the effects of the words). It's great music, but not necessarily easy listening. You might want to dance with Levi to "Shelter" but in terms of "Focus" you may well wish to come to his aid.

I suppose that may be the link between the two songs released in such close proximity: if "Focus" presents an issue in stark and uncompromising clarity, then "Shelter" may offer some form of potential solution.

It's certainly a bold move juxtaposing these two songs in this way: I applaud and respect an artist who not only has that much respect for and trust in his audience as well as his own ability to write and play such disparate material. I strongly suspect that had he tried to do this through a major record label, they'd have prevented him from challenging whatever stereotype they might be building towards his commercial image. Levi is too much of a diverse and eclectic artist to be forced into boxes and these releases strongly reinforce that. Listening to them back to back is going to delight you individually but make you think when taken as a pair: you'll need to adapt your expectations. And I don't think that's a bad idea at all. We all need artists to nudge us out of comfort zones from time to time.