Sounding Off with Nigel Lomas


Sounding Off with Nigel Lomas 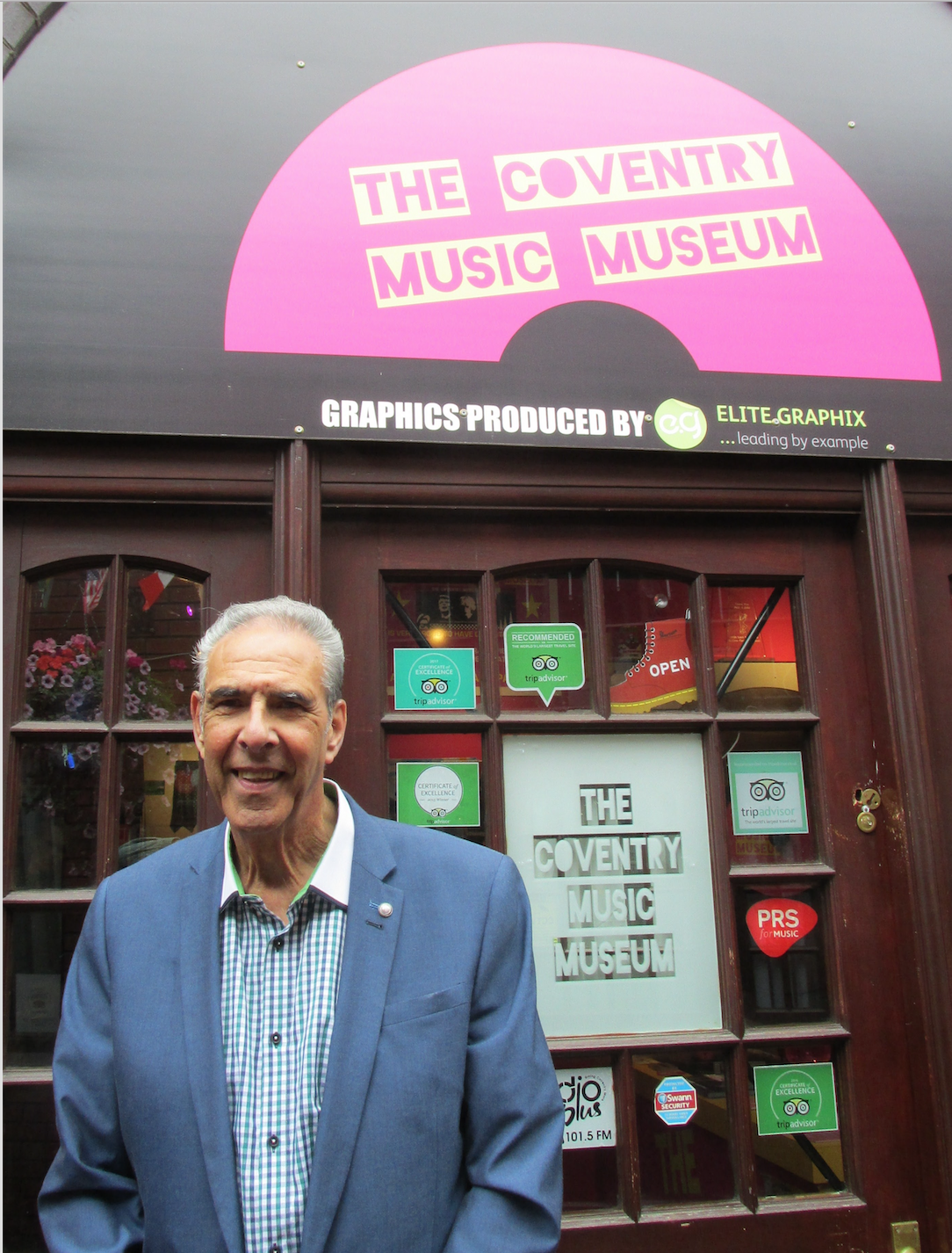 On Saturday 16th September 2017, Coventry Music Museum hosted the latest Heritage Lottery funded "Sounding Off" session with a local musician of note. On this occasion, Museum founder & curator Pete Chambers BEM quizzed one of the key figures in Coventry & Warwickshire rock & roll history, Nigel Lomas, the man who drummed on the first record by a band certainly from our area & arguably in the Midlands: "School is In" by Johnny B Great & the Goodmen. (It is also worth noting that Nigel also backed the legendary Beverley Jones who held the same distinction as a solo performer). Top local vocal group The Orchids provided vocal backing on that single while the Goodmen returned the favour by playing on The Orchids' debut "Gonna Make Him Mine"

This was a marvellous session: obviously someone who was there at the birth of a musical tradition in our area has seen it all, but Nigel's incredible memory meant that he could recall details of long gone venues, classic music nights & shifting lineups in local beat groups (not easy with all the turn over let alone people changing stage names): though to be fair he did from time to time seek confirmation from one of the audience who had also been a singer at that time: one of local music's greatest supporters, Maureen Ansell (if you haven't had the pleasure of meeting Moe, look out for her at gigs: especially those of her son Danny)

Nigel outlined his own journey from playing piano & singing in an Elvis style, playing marching band drums to playing a full kit, becoming a much sought after player & passing through bands such as the Zodiacs, Clouds and The Renegade (note that the latter is intentionally singular & not the plural it is often spelt as). During that time his younger brother Roger joined him a professional musician, on guitar & vocals before finding international fame, fortune and a Grammy as a producer.

For many years, Nigel has been the mainstay of freakbeat pioneers The Sorrows (whose big hit was "Take A Heart") playing alongside famous figures such as his brother & vocalist Don Fardon. Even today, they are in huge demand especially in Europe & even more especially Italy, where they annually play festivals. Along the way, Nigel recollected recording in the next door studio at AIR to Paul McCartney while the latter was recording "Band on the Run" (he remembered Linda fondly), wearing extremely tight leather trousers (made by Roger) and grappling with the notorious revolving stage at Coventry's Locarno.

You can see the whole talk on video at the Museum's Facebook group site: https://www.facebook.com/groups/Covmusic/