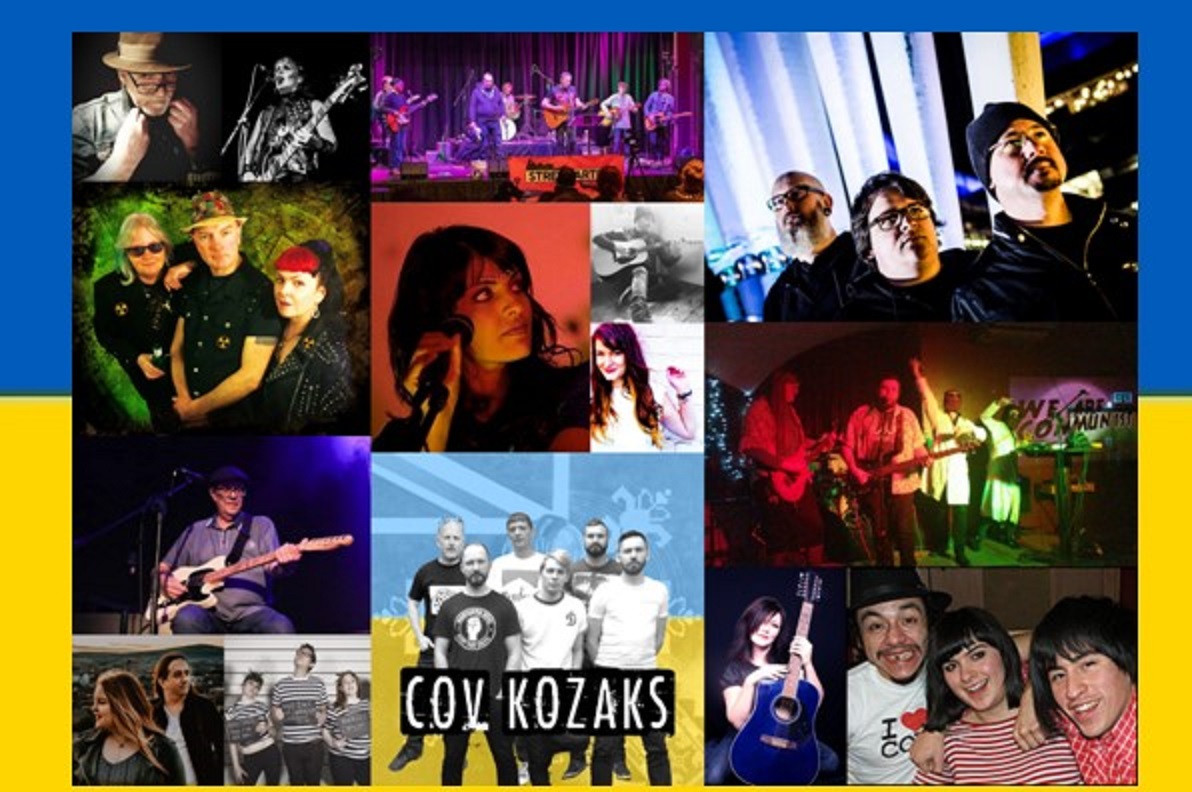 It's a little different to Volumes One to Seven (you may see that several artists who've appeared on earlier albums wanted to return to help out).

Aimed as ever at promoting the original talent of Coventry & Warwickshire musicians, you can still download the tracks for free from this link:

However, this time, we'd ask people to consider making voluntary contributions when downloading, all of which will go to Ukrainian relief charities.

Equally, if you'd like to revisit the earlier albums, all proceeds of contributions will go to those charities too.

You probably read in a recent article that while the album was being put together, one of our biggest supporters, Gemma Leahy Waddell, left us. We are privileged to include a previously unreleased song by her as a reminder of her own considerable talent in addition to all her supporting & mentoring of many other artists who have appeared in the series.

We are also delighted to include a track by 'Hot Music Live Presents Volume Three' dedicatee the late Stephen Madden as although he was honoured by that album, it did not contain any of his music.

In addition to raising money for Ukraine in her hour of need, we are very pleased that the first track is a Ukrainian folk song, set by Coventry based band Cov Kozaks which reinforces our support not just for the threatened people of that country, but its culture which is equally being menaced.

Very many thanks as always to all the participating musicians.

The tracks on ‘Hot Music Live Presents Volume Eight' are:

Satsangi featuring Shanade - "The Storm In My Eyes"

Jonas and Street Arts Project - "Wake Me Up Tomorrow"

It's so unfortunate that it has taken a tragedy on the scale of the one unfolding in Ukraine for our first review of a Cov Kozaks record, but as ...
[1 image] END_OF_DOCUMENT_TOKEN_TO_BE_REPLACED

For reasons which no-one reading this will fail to grasp, the thoughts of everyone at the moment are with those in Ukraine and unsurprisingly, the ...
[2 images] END_OF_DOCUMENT_TOKEN_TO_BE_REPLACED