‘Just Wanna Be Me' EP by Abz Winter 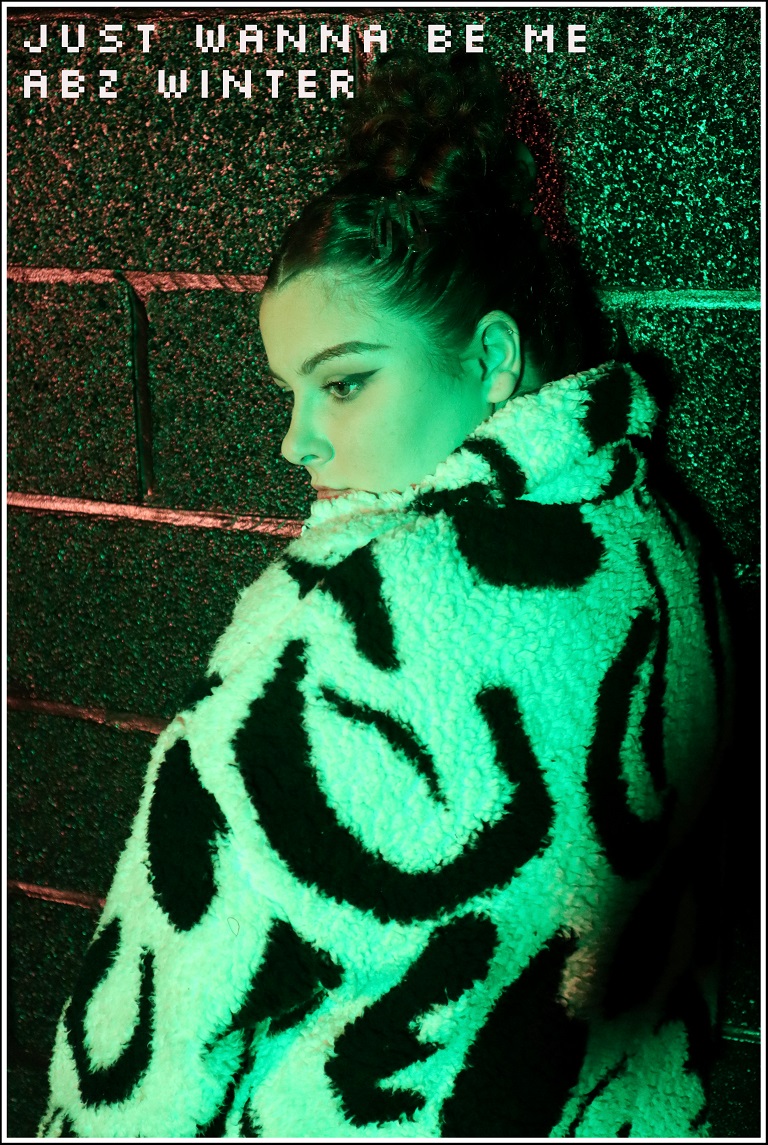 Out this morning, as a fanfare-free surprise for her fans, is a new EP from the irrepressible Abz Winter entitled ‘Just Wanna Be Me'.

In theory the collection has five songs on it: "Bad Thoughts", "Conversations", "Fuck Boy", "Bye Bitch" & "Just Wanna Be Me", though the lyrical content needing to be balanced with a desire to reach out to as many people as possible means that several songs also had to be crafted in more radio friendly versions: unsurprisingly "Fuck Boy" will appear on the airwaves with a different title ("Player") too.

It's an interesting phase of evolution for Abz. Her fame grew out of appreciation for her live work & early records made as a teenager & her effervescent stage presence reflected her age as much as her personality. A few years down the line while the essential bubbly personality still manifests itself (thank goodness), Abz is now clearly an adult and has moved on as we all must. Extremely keen to be true to herself, this is an artist who clearly declines to remain in a box anyone might try to place her in & would not wish to follow in the dubious footsteps of previous adult artists encouraged to apparently remain as eternal teenagers & coo of "puppy love" even after marriage.

I think therefore, ‘Just Wanna Be Me' is something of a defiant riposte to any concerns over labelling: Abz is drawing a line here. Most obviously, the lyrics have that "adult" slant to them and taken as a whole send a message which is clear to read: just as clear as that of the key track which lends the EP its name.

Where there is a change for Abz in doing this is that all her songs read as first person perspectives when this is not actually the case. As I mentioned in my review of her cover of "Traitor" which was recorded & released after her success in the feedback from her "Walk The Line" appearance, due to her own perception that she hasn't had enough life experiences herself yet to write every song based on what she's gone through, she instead writes observationally, drawing on what's she's see & learned from friends: which has made for some very strong songs, but they do not portray the real Abz as they are not about her. This sounds a very commendable approach, especially at this stage in her career (I'd much rather she write honest accounts of the lives of others than make stuff up), but at the moment however much she wants people to accept her as she is, some of her songs, unless properly understood, may confuse people who don't know her. Not that this matters in the long run as I'm sure she'll be able to write more about herself in time & there is absolutely nothing wrong with observational writing. Anyone who's met Abz would understand the person they see is not necessarily the ones in the songs.

As I say, the title track is the key to understanding the EP. Written (as were the others) during lockdown, as she says, she "…examines youthful life, friendship & love with honesty.." while wanting to "…to express her feelings with an innocent vulnerability, whilst remaining in charge of her own destiny..". Part of that is the rite of passage wherein we all need to learn how to move on from youthful ways of dealing with situations and become capable of facing difficult conversations & actions when they become necessary. Part of her wants to remain the pleasant caring individual she has always been (and that's certainly worth clinging onto) while other parts want to call out behaviours of others which distress her. In learning how to reconcile these & grow into a person who can be & do both, the "character" songs she is currently writing can act as really useful rehearsals for life and as she puts it herself: ".."the titles alone define the meaning within the songs and youthful life today"…"

As you might well expect, the songs themselves (as ever produced by Matt Waddell at Leamington's 14 Records and then mixed and mastered by El Sam at Elixir Productions) fizz with Abz's joie de vivre (whatever negativity she may be reporting on, it's certain that Abz isn't going to let it drag her down) and reflect a bass-focussed pop-dance take on music, though not necessarily at a frenetic pace: the variety in tempo & voicings has clearly been thought out well and as it's actually been quite a while since Abz released a collection of songs rather than singles, it's worth reporting that she has grasped the value of diversity within a collection: from slow burning intense affairs of reproach (e.g. "Fuckboy" or "Bye Bitch") to the more up beat "Bad Thoughts" and the switching back & forwards between singing & rapping throughout. These are songs crafted to keep you listening to the detail as well as the overall effect.

If the title track is the key to the overall lyrical  message, then the soulful "Conversations" is the musical revelation of the EP: the clear next step forward in her writing & the track which really provides a showcase for the sheer quality of her voice (don't just take that from me:  I'm happy to quote Craig David ("…you've got a really incredible voice") and Alesha Dixon ("…I love your vocals, very contemporary, very modern") on the matter). As proven with the impact of her performance of "Traitor" on national television, Abz could make it with just the quality of her singing, but as readers of my reviews will know, I think those who can offer the extra reward of original composition on top of the ability to interpret the work of others are what keeps music moving forwards. I really hope "Conversations" is an indicator of where she is going next.

Interestingly too, there are different layers of meaning within the words (and how often does dance music rise to that?): you can certainly take the songs & dance to them (they work just fine at that level) or you can enjoy Abz's wit as she is sparked into commentary by the foolishness she sees around her. However you can also delve down into her search for her own evolving identity as that's there too beneath the verbal humour & central to that question is a more general one of equality: she gives examples of relationships lacking this and then by taking the songs all together, you get a plea for people generally to treat others as they would be treated themselves: "…I wrote the EP based on different personalities I have come across over the last few years, and how a relationship only works if both sides are equal, but more often than not they are so one-sided - whether it be with a partner, friend or colleague alike……I have learnt so much in a very short space,  I no longer invest my time and energy to one-sided relationships, life is too short". Amen to that.

As I'm sure most if not all of you are aware, Abz Winter was selected for the new television talent show "Walk The Line" at the end of 2021 and ...
[1 image] END_OF_DOCUMENT_TOKEN_TO_BE_REPLACED

That irrepressible artist Abz Winter is back on 8th October with her latest single "Under Me", her follow-up to "Money" from July.
[2 images] END_OF_DOCUMENT_TOKEN_TO_BE_REPLACED

As her follow up to the popular "B.
[1 image] END_OF_DOCUMENT_TOKEN_TO_BE_REPLACED

Abz Winter has only gone and done it again hasn't she? I love the way that although her game has never needed raising (it's been at the top ...
[2 images] END_OF_DOCUMENT_TOKEN_TO_BE_REPLACED

It's actually been a year since we shared the news about "Jump" by Abz Winter with you, a period of time between releases which would have ...
[1 image] END_OF_DOCUMENT_TOKEN_TO_BE_REPLACED

It's good to be able to report to you that Abz Winter is following up her very well received (not least in the review in this magazine) single ...
[1 image] END_OF_DOCUMENT_TOKEN_TO_BE_REPLACED