"It's Cool" by Levi Washington


"It's Cool" by Levi Washington 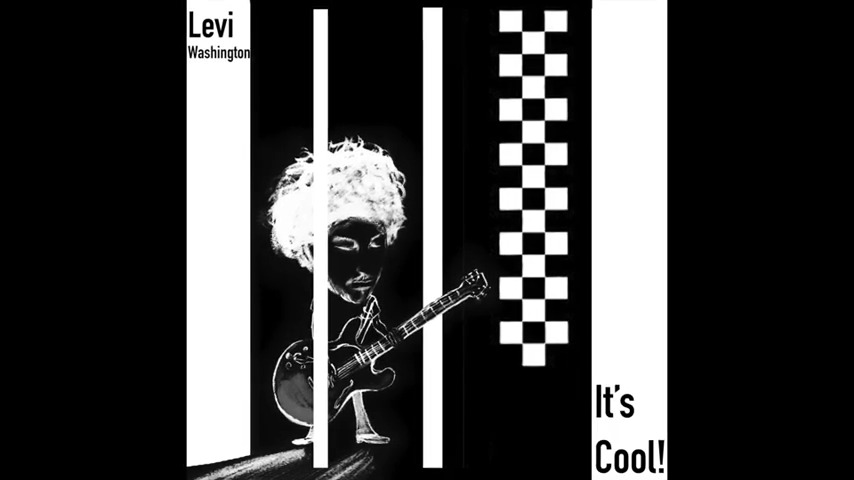 I suppose with Levi Washington's campaign of releasing a single a week now so far advanced & his choice of tracks so impossible to predict, there must be a sense of anticipation now well established. If you then factor in the significance of the first one of a new year, that is probably enhanced.

Thus I can reveal that this one is called "It's Cool" (not a bad artist description either come to that): in fact such is the embarrassment of riches in his collection of tracks in hand that his main issue today seems to have been selection of the right one for this week.

I am sure he has made the best choice (I've heard another contender which is superb and definitely will appear in coming weeks) as I think starting the year with a bright breezy song to set our minds & morale off optimistically (as well as setting a personal statement of intent) is probably wiser than others which reflect the more sombre & reflective (or even down right raw) sides of his art, as previous weeks have evidenced.

A pretty overt ska selection (which obviously sets the upbeat tone), the song is totally infectious & again I think it's sensible to have picked one which ought to get radio play right at the beginning of 2022 (not only is this my first review of 2022, but I have no reason to suppose that "It's Cool" is not in fact the very first single of 2022 from Coventry & Warwickshire: at least I'm not aware of any other beating it to pole position) and hence keep his profile nice & high.

I'm sure the genre choice will sit well with the remnants of the City of Culture phenomenon (though I still have reservations at the predominance of this style in the promotion of the event, especially given its relatively small representation in the current original  music scene of the area) and I imagine this shaped Levi's own thinking.

For there is a gentle air of subversion at play here. The tune is delightful & skilfully swerves any comparison with well known purveyors of the ska sound: indeed I particularly enjoyed how the central part of the arrangement is a keyboard sound is designed to sound like an incredibly cheap instrument, playing tribute to the scores of homemade efforts which proliferated forty odd years ago around here.

Even deeper than that, the lyrics tend to belie the happy feel of the music (please do listen to them) and this also is possibly a reflection of the ska revival scene when many well known songs had much darker themes juxtaposed against the apparent feel of the record (many ska fans of the era simply enjoyed dancing to the tunes and ignoring what the messages were, which at one end of the spectrum was a pity, but also more worryingly generated "ska fans" who were directly opposed to the ideas of racial harmony).

So there you have it: you can simply enjoy "It's Cool" to raise your spirits in January or once again you can delve a little into the subtleties of Levi's art and appreciate the nuances of his creativity. Either way, it's a strong start to a New Year.

It's back to business nearer usual for Levi Washington with the release of "Same Ole U".
[1 image] END_OF_DOCUMENT_TOKEN_TO_BE_REPLACED

It was grand indeed to catch up with Levi Washington live on Sunday on the Bandstand, but it's back to the weekly business as usual now with his ...
[1 image] END_OF_DOCUMENT_TOKEN_TO_BE_REPLACED

I was pleased to hear that Levi Washington is managing both his health issues & his rapidly expanding portfolio of commitments running live events ...
[1 image] END_OF_DOCUMENT_TOKEN_TO_BE_REPLACED

I'm sure many readers will have been saddened to hear of the illness of Levi Washington last week and his consequent hospitalisation.
[1 image] END_OF_DOCUMENT_TOKEN_TO_BE_REPLACED

You can't fault Levi Washington for ambition: trying to release a new single every week against the background of organising so much live music ...
[1 image] END_OF_DOCUMENT_TOKEN_TO_BE_REPLACED

After the angst of last week when he agonised over the mix of "Carrie, Baby" until Wednesday & the existential angst of the preceding "Check 1, 2" ...
[1 image] END_OF_DOCUMENT_TOKEN_TO_BE_REPLACED