Road to be named after Delia Derbyshire 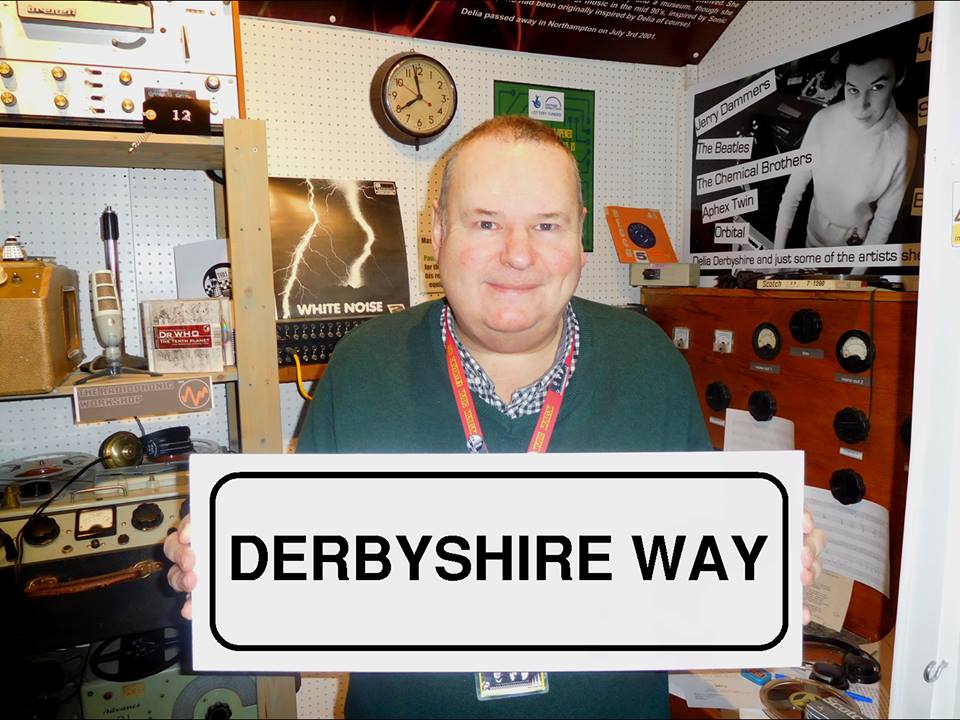 After a campaign led by Pete Chambers BEM, Director of The Coventry Music Museum & top Coventry and Warwickshire music historian, a new road is to be named after Coventry Music electronic music pioneer Delia Derbyshire.A delighted Pete Chambers said, "I firmly believe that if she were alive today Delia would have triple 'D' status, she would be Dame Delia Derbyshire, sadly that will never happen. So it's wonderfully fitting that there is something in her native Coventry dedicated to this very special lady. Originally it was to be named Derbyshire Road, but I suggested 'Way' instead, so it gave a double meaning, as Delia was a genius and strong personality and really did do things in her own way. It's fitting as we bid for the City Of Culture 2021, that the bid does not ignore our music heritage, and that people from around the world know Delia was a Coventry legend, a woman who influenced The Beatles, The Rolling Stones, Orbital, The Chemical Brothers and even Pink Floyd, indeed, she is considered by many to be the Mother of Progressive Rock. Next May the Museum will celebrate what would have been Delia's 80th Birthday' It's hoped there will be an official ceremony at that time, when Derbyshire Way is officially named."The Coventry Music Museum has a permanent display dedicated to Delia, which was opened by her partner Clive Blackburn last year, it was here that signatures were collected in support of the road naming. In fact, after the Two Tone material, the single most specifically cited reason for coming to the Museum cited by visitors is to the Delia Derbyshire display. Councillors Linda Bigham and Gary Ridley were both key players in the success of this initiative. "The diversity of Coventry is matched by the diversity of our music. It is a pleasure to see Delia Derbyshire honoured here, where she was born and where electronic music flourishes" said Councillor Bigham."Delia Derbyshire produced sounds in the 1960s which were at least twenty years ahead of their time. A true pioneer of electronic music, she achieved this without the modern equipment that producers had in the 1980s and 1990s. Perhaps best known for the theme tune to Doctor Who, Delia will remain a national treasure and this is a fitting tribute to one of Coventry's most celebrated daughters." Councillor RidleyDelia Derbyshire is best remembered for creating the iconic Doctor Who theme and bringing awareness of electronic music to the masses. She was inducted onto the Coventry & Warwickshire Music Wall of Stars in 2012. Derbyshire Way will be part of a new housing estate off Blackberry Lane, Stoke Heath in Coventry, on the former Lyng Hall School playing fields.

I am obliged as ever to Heather Kincaid at the Belgrade Theatre for her heads-up on a new music centred production.
[4 images] END_OF_DOCUMENT_TOKEN_TO_BE_REPLACED

Friday 5th May 2017 would, in a perfect world, have been the day Delia Derbyshire celebrated her birthday.
[1 image] END_OF_DOCUMENT_TOKEN_TO_BE_REPLACED

Most readers of this piece will know of Joe Meek & his revolutionary production techniques, but fewer will be aware of his work with one of the top ...
[1 image] END_OF_DOCUMENT_TOKEN_TO_BE_REPLACED