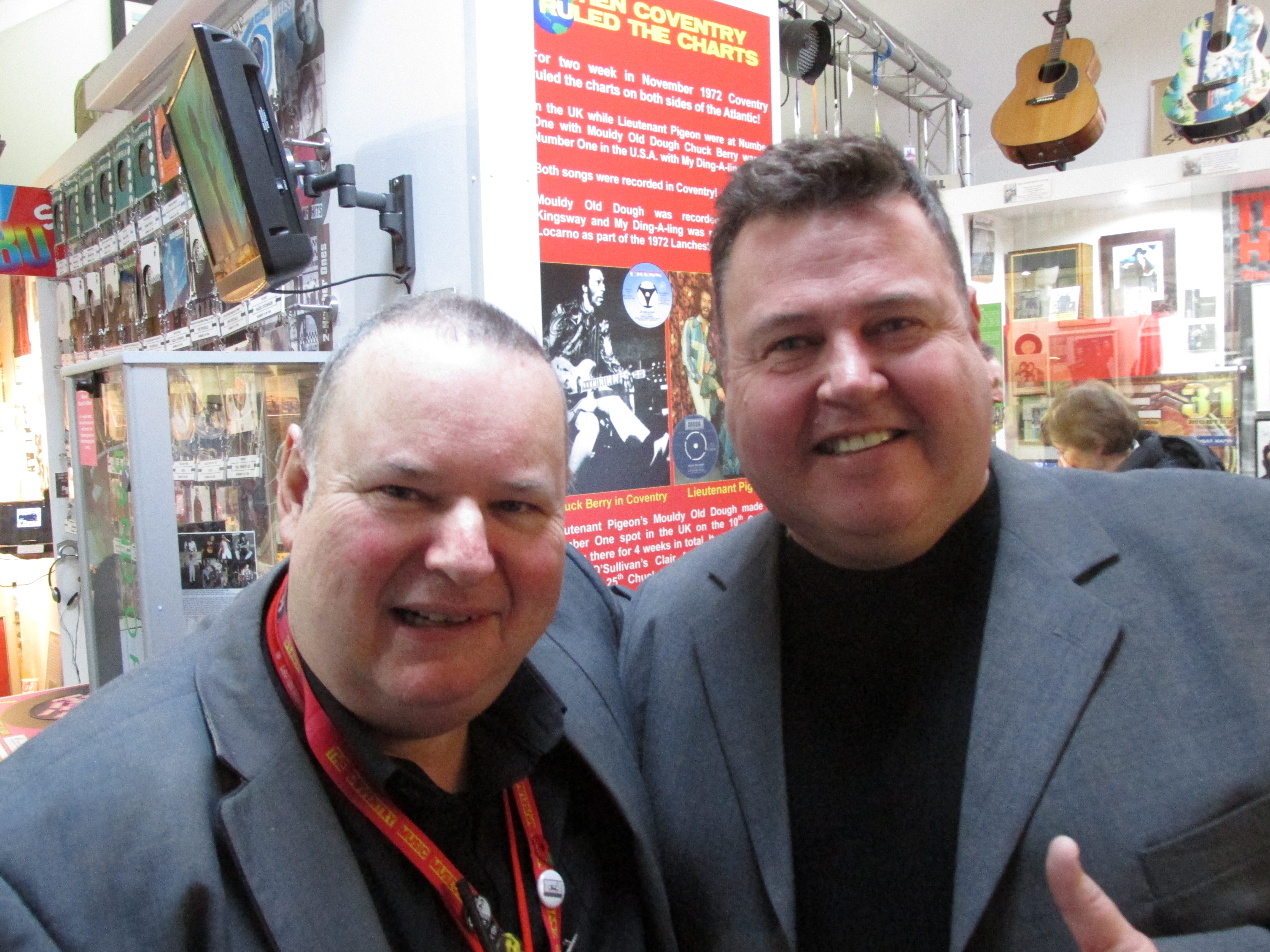 Today the Museum hosted a celebration of its Third Birthday with a special guest in Mark Rattray who kindly agreed to be guest of honour and took part in a Heritage Lottery funded "Sounding Off" question and answer session hosted by Museum founder & curator, Pete Chambers BEM (see the photo of the two of them with this article). A packed house heard Mark talk very openly and passionately about his amazing career from playing covers in local pubs and clubs through to being the last ever winner of "Opportunity Knocks" (including how the previous year he had applied for it but not been selected) which in turn led to a career travelling the globe singing in a range of the most historic venues, at Buckingham Palace to the Royal Family and the White House for President Clinton. He spoke of how he was selected to play Mario Lanza and sang more songs per night than the legend he played ever did & the strain it placed on him. He also told of his issues with losing money through his manager's misdealings, his friendship with people like the Nolan sisters and how he has retrained in recent years as a paramedic with only occasional, mostly charity performances, apart from his upcoming return to the stage at the Belgrade Theatre with a self produced production of "Into the Woods". The Museum team was bowled over by Mark both lending his "Opportunity Knocks" trophy for display and singing "Happy Birthday" for the ceremonial cutting a special commemorative cake.
Web

Most readers of this piece will know of Joe Meek & his revolutionary production techniques, but fewer will be aware of his work with one of the top ...
[1 image] END_OF_DOCUMENT_TOKEN_TO_BE_REPLACED