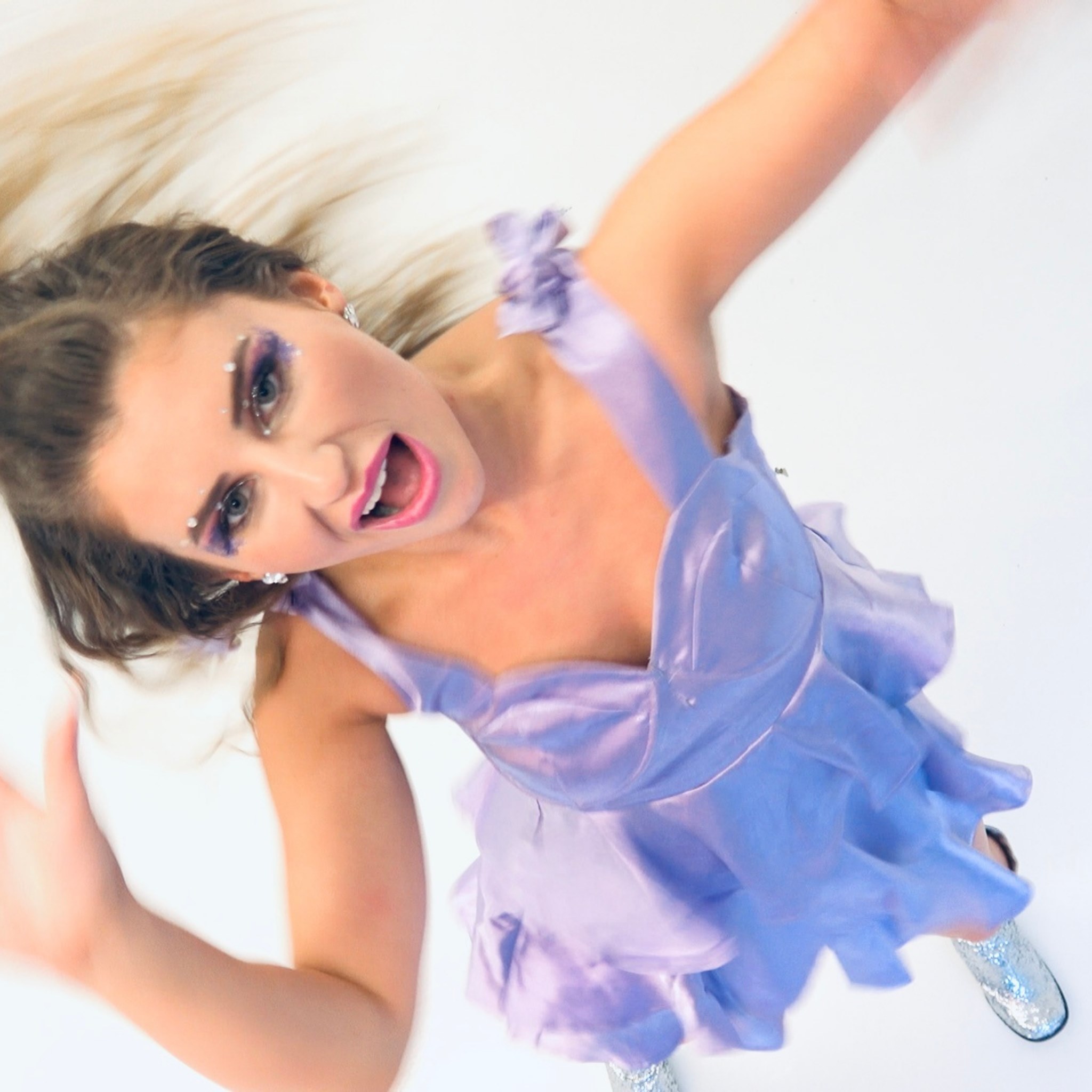 It's been a few months since I reviewed "Open Your Eyes" by Bethany Dyson in the magazine  the follow-up to "Just You & Me" which also features on ‘Hot Music Live Presents Volume 3') but given the circumstances currently afflicting artists, I was not surprised that she had not released anything since late May: if you recollect from previous reviews, you'll  know what a stellar team Bethany works with & it must currently be next to impossible to assemble them in a studio.

However in the best tradition of original artists, she has in fact been working discreetly away at a bit of a career paradigm shift, something which completely caught me wrongfooted & that's what I like.

Bethany has decided on a whole raft of changes, the two most obvious of which are a change of performance name to "Ivy Ash" and a switch of genre to a much more pop orientated style: "channelling my inner Kylie"  as she put it to me. (Ivy also cites Lady Gaga & Gwen Stefani as inspirations and the (redacted) title of her planned first release offers a nod to yet another very well known pop purveyor). The new name is highly significant too (while sounding on the surface good & grounded): for the initial element, picture if you will rapid upward growth & for the second, think more of phoenixes & rebirthing.

Much as I look forwards to reviewing her debut single in this new stage of her career, that remains something for 2021 (I honestly can't recommend anyone attempting to promote such an important sea change right now) but I have had the privilege of hearing it & can prewarn you that it will knock those socks off you when you can do so yourselves.

Created with the finesse & careful craft we have come to expect from Bethany (if the musicians are not those who have been playing with her recently, and the sound suggests they are not, then the quality of this aspect is high as ever) this first offering is remarkably confident & sure footed.

Some things remain the same: the warmth & integrity of the vocals (though they are more processed than before & pitched a little higher maybe) and the overall honesty. So what has changed? Well the subject matter is much lighter & light hearted without a doubt & Bethany/Ivy seems able to be enjoying life rather than commenting on the darker aspects of it. There is a definite air of liberation in the air, but if her phoenix burning has ignited a new flame, then I'm not sure there has necessarily been bridge burning as well: I think the new work fits in with her older material: not necessarily as a continuation, but as a complement: another side of a coin dealing with compassion & humanity & offering different narratives on our condition.

These are exciting times for this artist & I look forward to being able to share with you in greater detail in due course & naturally await Ivy's debut release & live performances. Watch this space: particularly https://ivyashmusic.com

With her latest single "You, Not Me" (which doesn't actually come out until August 5th but please be ready for it because it's so good), ...
[1 image] END_OF_DOCUMENT_TOKEN_TO_BE_REPLACED

And so here we are at the third single from the irrepressible Ivy Ash, namely "Rain Again" (which is released on 2nd July) though really it's ...
[1 image] END_OF_DOCUMENT_TOKEN_TO_BE_REPLACED

I was delighted last month to describe to the debut single by Ivy Ash (the new sparkling pop persona of Bethany Dyson) called "Oops".
[1 image] END_OF_DOCUMENT_TOKEN_TO_BE_REPLACED

Back in November, I introduced you to Ivy Ash, the sensational new pop persona of Bethany Dyson.
[1 image] END_OF_DOCUMENT_TOKEN_TO_BE_REPLACED