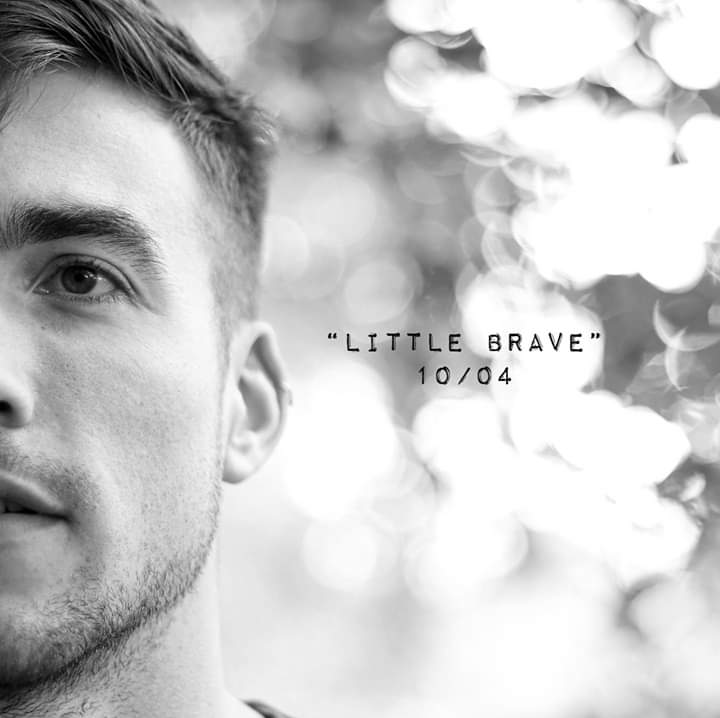 In February (and how long ago that feels today), I had the pleasure of telling you about "In The Moment", the debut single by singer-songwriter Henery and the first released fruits of his sessions with John Rivers at Woodbine Street Recording Studios, which will in time come out in their full glory as an album.

Today, amidst all the madness, the second track & hence single, "Little Brave" is available for you. Henery herein demonstrates how wide his range in writing & performing is. If "In The Moment"  "grabs you from the very first bar, opening with a most imaginative almost madrigal setting (how often do you hear that?), the haunting melody sounds totally fresh yet at the same time, almost timeless" as I suggested, then with its follow up he goes for something  less fragile (though he does ironically feature the word in his lyrics) & more driving: just as memorable, based upon an insistent & compelling guitar riff. With once again his strong & confident singing sitting nicely & prominently on top of the arrangement (which features an attractive almost skiffle type drum) and unlike its predecessor there is a little light and tasteful processing.

If the musical tone is breezy, the words are rather self deprecatory and the tension between the two works well: there seems a deal of good will being offered to the subject of the song, the person for whom he doesn't feel that he's good news.

One highlight of the whole piece is the way the arrangement suddenly kicks into greater complexity, adding depth & majesty (as his voice still rides above it) yet despite the simultaneous introduction of new sounds, the production is so good that each is crystal clear & the arrangement & performance so inventive that you can actually delight in each individual part: the guitar, keyboards and especially the funky bass all have something interesting to say.

This song will grab you & stay in your head from first hearing (a quality his songs all have) & I hope in these strange times it will get the play & publicity it deserves since it has the qualities to be a commercial success. For the time being you can also chalk it up as a critical success too.

Back from his recent extended European tour, one would normally very much look forwards to hearing Henery promote this material live (as I have mentioned previously, he has a really strong set of originals & is a powerful solo performer). That can't happen just yet, but it's really worth looking forwards to & I hope he'll be back out playing in time for his album launch.

I really haven't concealed my admiration for the solo work of Henery in this magazine have I? Starting with live reviews which not only revealed ...
[1 image] END_OF_DOCUMENT_TOKEN_TO_BE_REPLACED

One of the many disappointing aspects  of lockdown (and I write this on a day when I would otherwise have been anticipating Leamington Peace ...
[1 image] END_OF_DOCUMENT_TOKEN_TO_BE_REPLACED

I first reviewed Henery & his music for "Hot Music Live" eleven months ago when I saw him  supporting Ellie Gowers: "Henery was a revelation.
[2 images] END_OF_DOCUMENT_TOKEN_TO_BE_REPLACED