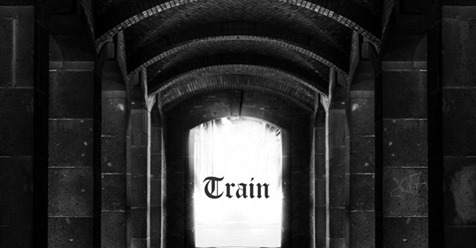 I do hope you enjoyed the Stone Bear song "Bring A Little Love" which appeared on ‘Hot Music Live Presents Volume One'? Now Jeff Dennis (drums) and David John (guitar & vocals) after a busy time, playing festivals in the summer & Jeff becoming a father, they have a new record (available on Spotify), "Train", paired with "Long Gone"

Over the last year, their music has to some extent explored a more acoustic & intimate style than previously. "Train" fits into this trend, at least in terms of instrumentation. The raw power of their work which is their calling card & the core of their appeal to audiences & respect among their peers remains as potent as ever.

Another of their many songs with a definite pre-war blues feel & another which emulates & could snugly fit within the repertoire of the great pioneers of the form, the song as always features great playing, both in terms of technique & an authentic feel, with that hallmark of good musicians of sounding simple while being  far from it. Add to that their performance commitment & you have a great, timeless, song which will fit really well into their live set & enhance their standing still further.

Its companion piece, "Long Gone" showcases David's superb slide playing in this brooding & powerful song. In this one, not only does it sound like it was written in 1920 but David sounds like he has been tramping the highway & riding the rails for the intervening period or its equivalent: he really conveys the sense of burden & endurance thereof.

Here's something I've never before done: I'm going to add to a review mention of another track not on the record under examination: another new one which Stone Bear had played on BBC Introducing in Coventry & Warwickshire last week: "Blues in A minor" which certainly lives up to its name but differs in sound from either of the above tunes, being in much more of a post-war, urban style, smoother & electric with a prominent swinging bassline in addition to voice, guitar & drums.

I'm assuming that from the evidence of these three songs, the Stone Bear concerts I've attended in recent months & conversations with them that the indications for their musical direction for the time being is a little away from the searing Howlin' Wolf type material towards various aspects of more laid back blues, whether it be via switching to acoustic or by a greater emphasis on swing. However some things do not seem likely to change: the musicianship, the integrity & the commitment.

It seems almost unreal and a bit transgressive to find myself writing a live review after so many months of reviewing the recorded activities of ...
[3 images] END_OF_DOCUMENT_TOKEN_TO_BE_REPLACED

A moment of pleasure, the more appreciated because it was unexpected, hit me last evening with the news that Stone Bear have released a new album, ...
[1 image] END_OF_DOCUMENT_TOKEN_TO_BE_REPLACED

It is always really great to have new talent introduced to you & it is a clear & highly  admirable feature of much of the music scene locally that ...
[4 images] END_OF_DOCUMENT_TOKEN_TO_BE_REPLACED

We are lucky to have more than our fair share of excellent blues practitioners locally: not only do they all possess an obvious love of the form as ...
[1 image] END_OF_DOCUMENT_TOKEN_TO_BE_REPLACED

Readers may well (I hope) remember   from an earlier review, my enthusiasm for the live act of Stone Bear.
[1 image] END_OF_DOCUMENT_TOKEN_TO_BE_REPLACED

Some of you may have noticed a gig on at The Squirrel in Coventry on Saturday 21st October entitled "Anthony Harty featuring Sam McNulty and ...
[1 image] END_OF_DOCUMENT_TOKEN_TO_BE_REPLACED