'Stories From A Sunny Side' by Caleb Murray 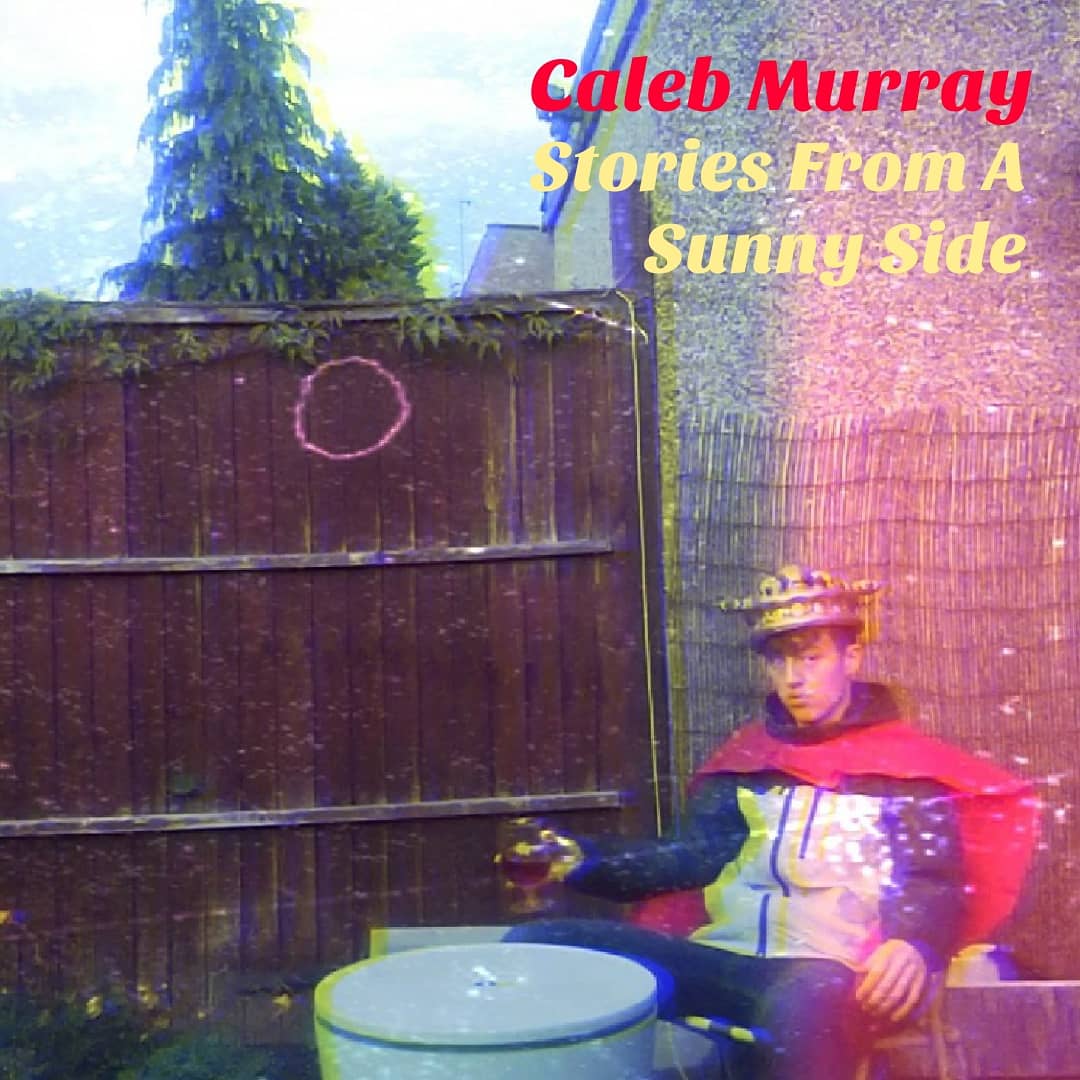 I hope that you recall my review in "Hot Music Live" of Caleb Murray's  ‘No Congregation' EP?

If you have listened to & downloaded "Hot Music Live Presents Volume One" (which I also hope that you have: if not the link to the free download is here: https://hotmusiclivepresents.bandcamp.com/album/hot-music-live-presents-volume-one) you will doubtlessly have enjoyed his "Portrait of You" from the aforementioned EP which he kindly let us use.

He is as previously mentioned, a great favourite on the local live circuit, not only locally but in his native Yorkshire & increasingly nationally. It is really good, though not a surprise, to report that he will be playing on the Main Stage at this year's Godiva Festival.

I am so pleased therefore to be able to review, ahead of its 4th July release, Caleb's  first full studio album 'Stories From A Sunny Side'

I enjoyed it considerably from the very first play. He has a great knack for a tune with dynamic playing, ear catching words & an enthusiastic & compelling delivery, and you can hear how his writing has developed since that previous release. Generally he keeps arrangements as close as possible to his live sound, with tasteful supplements to add colour & distinction, but which however are not so vital that they can't be omitted when playing solo.

So let's begin with possibly the best link to that earlier record. "The Wisest Words" is sung by a folk troubadour, adding banjo & harmonica to his guitar: probably the closest in tone to "Portrait of You" and certainly as insanely catchy

"All The Cards" is classic Caleb territory: starting like the song of a cowboy singing as he crosses some vast arid Mexican desert, alone & full of regret and railing at fate, the arrangement builds somewhat but the focus is his voice throughout, mixed very prominently.

"Forever Dark" is another one with a foregrounded vocal, with perhaps the simplest arrangement : or the simplest sounding one given that additional instruments are hidden behind the guitar in the mix. A song of love with some spiritual overtones.

"I'm Too Warm Now" jangles along enjoyably and features a solo: rather unusually for the record. The imagery is all very nature focused & is probably a series of metaphors. Unless I haven't understood it properly. You might do better. It's a picture written in song this one though.

"The Breaths We Draw" is perhaps the most Dylanesque track on the album & tears along at a great lick with appropriate sneering & a thoroughly authentic guitar part. I loved it. A lot. It should be a live cracker.

"Heart To Climb" is however  a more gentle one: perhaps the most so on the album , offering a positive message to match the music while "Same Old Ends" is a bit more subdued, tending on to a touch of world weariness strange in one so young. What can have gone wrong?  I am not sure at all how autobiographical any of his songs are to be honest & I assume at least some, or parts thereof, to be sung in character.

"Long Way Down" is the epic track on the album offering us the Big Picture: the protagonist sounds much more optimistic than that of "All The Cards": maybe this would be one for audience singalongs?

I'm much looking forwards to hearing him live: as I say he is on the Godiva Main Stage Sunday 7th at 1215. He is in fact playing live a lot this summer (check his website for full details) but local dates include

I'll be checking him out live as much as possible starting this weekend: I advise you to do similarly.

Today Caleb Murray releases his new single, "Another Sunset" a year & a half after his previous record, the ‘Stories From a Sunny Side' album ...
[1 image] END_OF_DOCUMENT_TOKEN_TO_BE_REPLACED

I imagine many "Hot Music Live" readers have seen Caleb Murray play live over the past few years: maybe at one of his frequent open mic appearances ...
[1 image] END_OF_DOCUMENT_TOKEN_TO_BE_REPLACED