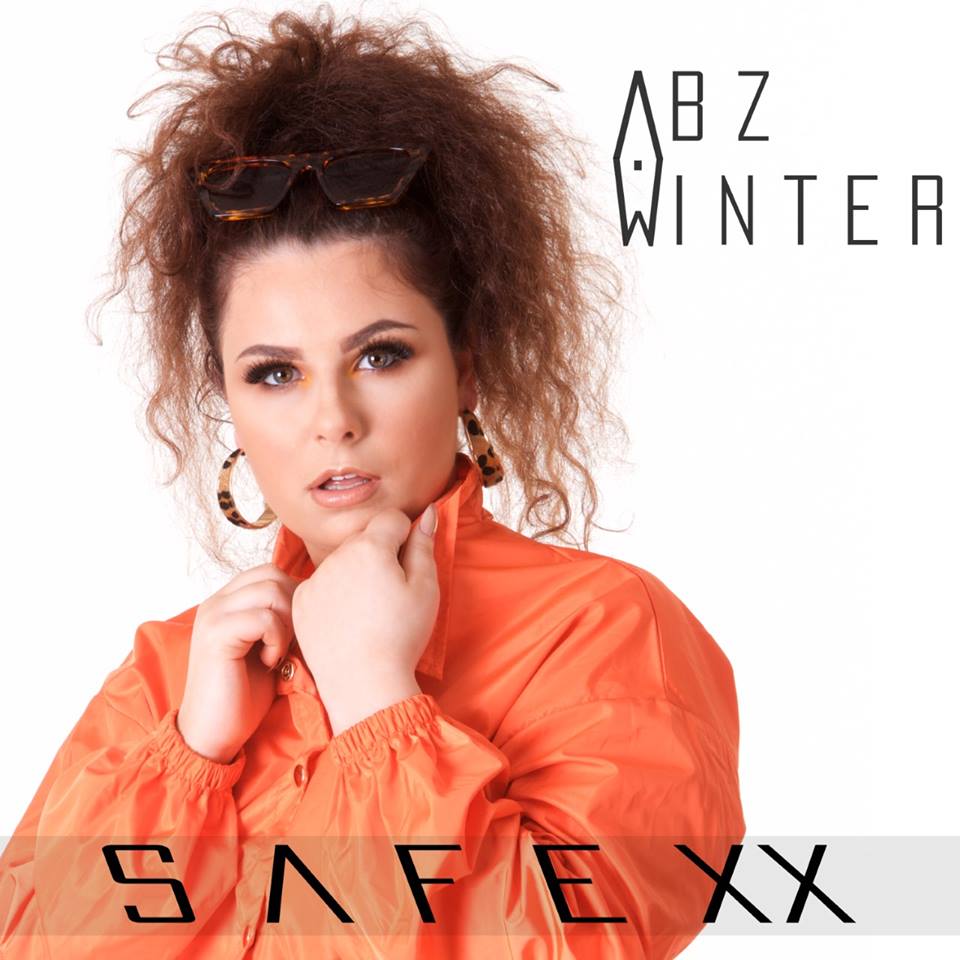 Sixteen year-old Abz Winter  from Stretton on Dunsmore has launched her debut EP.  The EP contains four of her own songs.

This optimistic song starts off with a slightly ethereal vibe to it but quite quickly the occulting rhythmic rim tap on a snare drum establishes itself as a dominant force. Abz's lyrics ensures that the listener is left in no doubt that she is alright now, and nothing can keep her down. This is a feel-good happy song that reflects just how a sixteen year-old should be feeling.  The multi-tracking of both backing and lead vocal in places gives the performance depth and adds interest. It gets the toe tapping.

The talent that Abz possesses has been spotted and she was invited to perform on the Amstel Stage at Resorts World Arena for the recent Boyzone Tour and has subsequently been booked for the same stage for the Little Mix 2019 tour. Similar bookings have been taken for the Firestone Stage  at Arena Birmingham during the tours of Take That, West Life and Ariana Grande. She is moving in the right circles for success. BBC Introducing has said about her, " "loving her voice and she looks great on stage and screen." What bigger accolades can this young girl receive than compliments and bookings like these?

The opening wash of a sizzle cymbal and almost choral intro of this song leads us into a chant like section which provides an attention getting launch of this Winter composition.  The dance style track soon has us swaying about in our seats if not busting some moves. It has that infectious quality that makes the outcome so attractive, the Marimba tones that pervade the production offers images of a dance party on a palm lined beach in some exotic location. Bring on the summer sun. The soaring vocals as the song progresses, give just a hint of the power of this girl's voice. It is not heard so much here, but live there is no better exponent of the power ballad. I urge you to drop in at any gig where she is appearing.

A seemingly random series of slightly idiosyncratic percussive effects introduce this track before the listener is implored not to worry whether they are a Pilot, beautiful Princess, Hero or whatever, the message of the song is that Safe was that she wanted to be able to talk to someone and they would keep her trust etc.. The production by  clearly carried out by someone who knows his way round the Pop genre.

"If you want something you've never had,

You've got to do something you've never done

If you had something that makes you mad

Your Worlds are colliding, there's no point in hiding

The World is waiting for you"

A lesson in determination if ever there was. I must admit I am not so much a fan of the orchestration of this song, I found it distracting, a bit like a pot of something boiling on the stove. That said the message comes across loud and clear and joy! You can hear every word of the lyrics which is not always the case in these modern times.

Whilst "Summer Sun" is a bit of fun, the concept of three of the songs on EP is how you can get to trust people and believe in yourself, it does take tremendous determination to write your own material, Abz is still learning and has done exactly the right thing in seeking to work with those who know the business. It remains to be seen where it goes from here, but with a voice like hers and determination, the future looks good for her. Judge for yourself it is available to view on her YouTube channel.

Out this morning, as a fanfare-free surprise for her fans, is a new EP from the irrepressible Abz Winter entitled ‘Just Wanna Be Me'.
[1 image] END_OF_DOCUMENT_TOKEN_TO_BE_REPLACED

As I'm sure most if not all of you are aware, Abz Winter was selected for the new television talent show "Walk The Line" at the end of 2021 and ...
[1 image] END_OF_DOCUMENT_TOKEN_TO_BE_REPLACED

That irrepressible artist Abz Winter is back on 8th October with her latest single "Under Me", her follow-up to "Money" from July.
[2 images] END_OF_DOCUMENT_TOKEN_TO_BE_REPLACED

As her follow up to the popular "B.
[1 image] END_OF_DOCUMENT_TOKEN_TO_BE_REPLACED

Abz Winter has only gone and done it again hasn't she? I love the way that although her game has never needed raising (it's been at the top ...
[2 images] END_OF_DOCUMENT_TOKEN_TO_BE_REPLACED

It's actually been a year since we shared the news about "Jump" by Abz Winter with you, a period of time between releases which would have ...
[1 image] END_OF_DOCUMENT_TOKEN_TO_BE_REPLACED