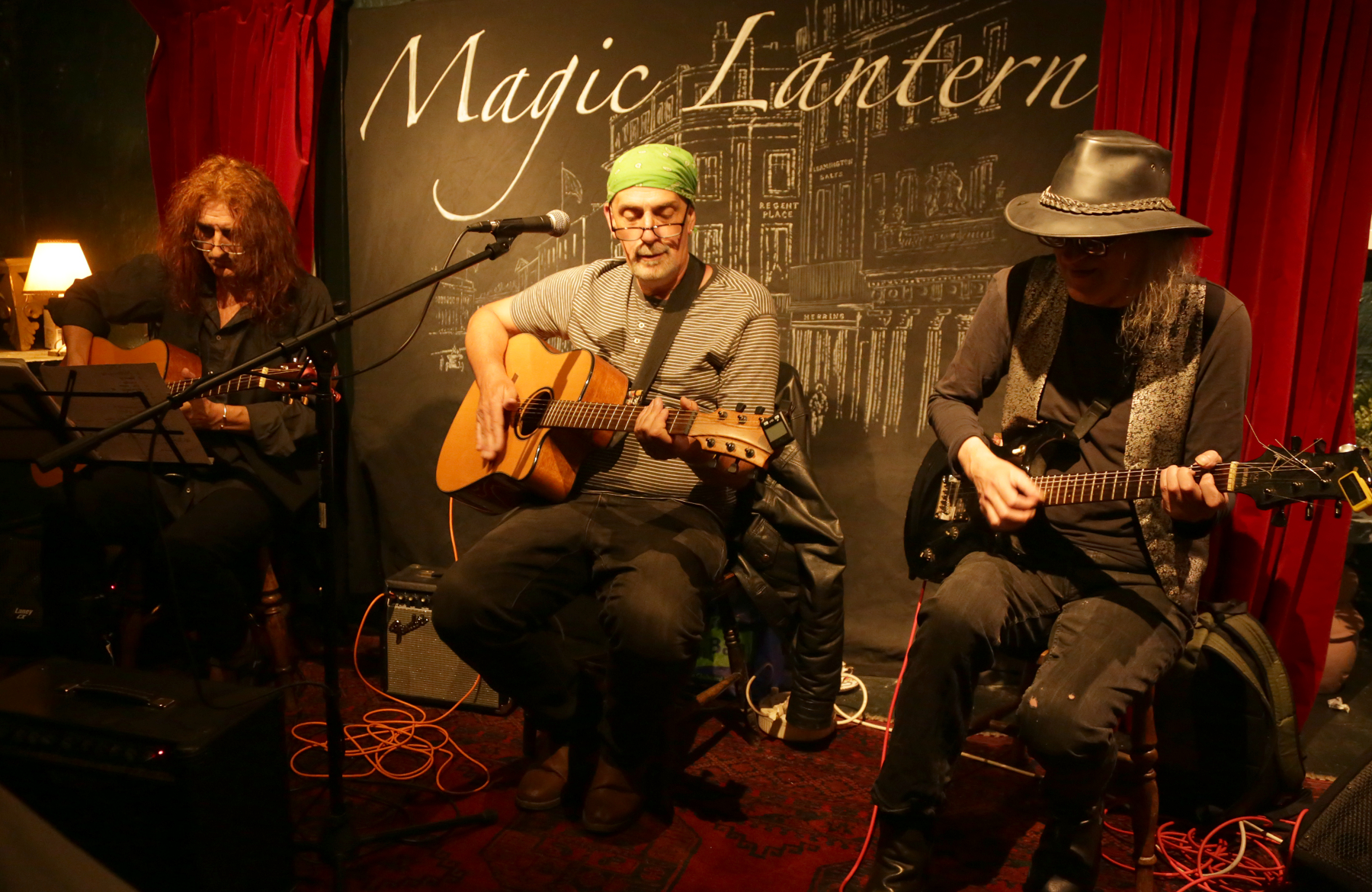 In the classic rock arena, it's the epic themes that matter, burning casinos, the desperate camaraderie of the battlefield and the countdown to Armageddon.  However, in the intimate theatre setting of the Magic Lantern, Crokodile Tears chose to reflect on the small, personal experiences that quietly bring meaning to life. A set rich in vivid imagery and crafted language offered songs exploring topics ranging from saturday girls to egg and chips via 60's guitars, hippies and  Dr. John Dee. (Who's he anyway? Look him up, he's probably the most interesting of the Elizabethans.)  It was wry, gentle, and sharply observed but always fun and the trio presented their set with a self-deprecating charm that masked a keen musical intelligence.

Although very much about the songs and stories, the 'Crocs' (to their friends enhanced this lyrically detailed material with guitar arrangements rich in texture and rhythmic interest. I was intrigued by the subtle interplay between three guitarists with distinct styles but a clear focus on creating a unified sound with a detailed groove.

The venue, The Magic Lantern, is a cosy cellar theatre in a warren of art-filled rooms below the Temperance coffee shop.  It's a magical atmosphere for adventurous gigs with a layout that encourages rapport and banter between performers and music lovers. There's more at http://www.temperance.bar.

You can catch Crokodile Tears at the Alternative Sounds gig on 29th September at the Zephyr Lounge and again at Hot Music Live Introducing on 20th October also at the Zephyr.

Tell me: are you "Old Skool"?Crokodile Tears  have been releasing albums now for some 33 years since their eponymous debut when they were known as ...
[2 images] END_OF_DOCUMENT_TOKEN_TO_BE_REPLACED

In its relatively short lifetime, the former "Coventry Evening Telegraph" building has become a superb & iconic venue with a tremendous momentum over ...
[6 images] END_OF_DOCUMENT_TOKEN_TO_BE_REPLACED

It will not surprise you, i imagine, to learn that a talk by one of our area's most individual & quirky musical talents would be both highly ...
[1 image] END_OF_DOCUMENT_TOKEN_TO_BE_REPLACED