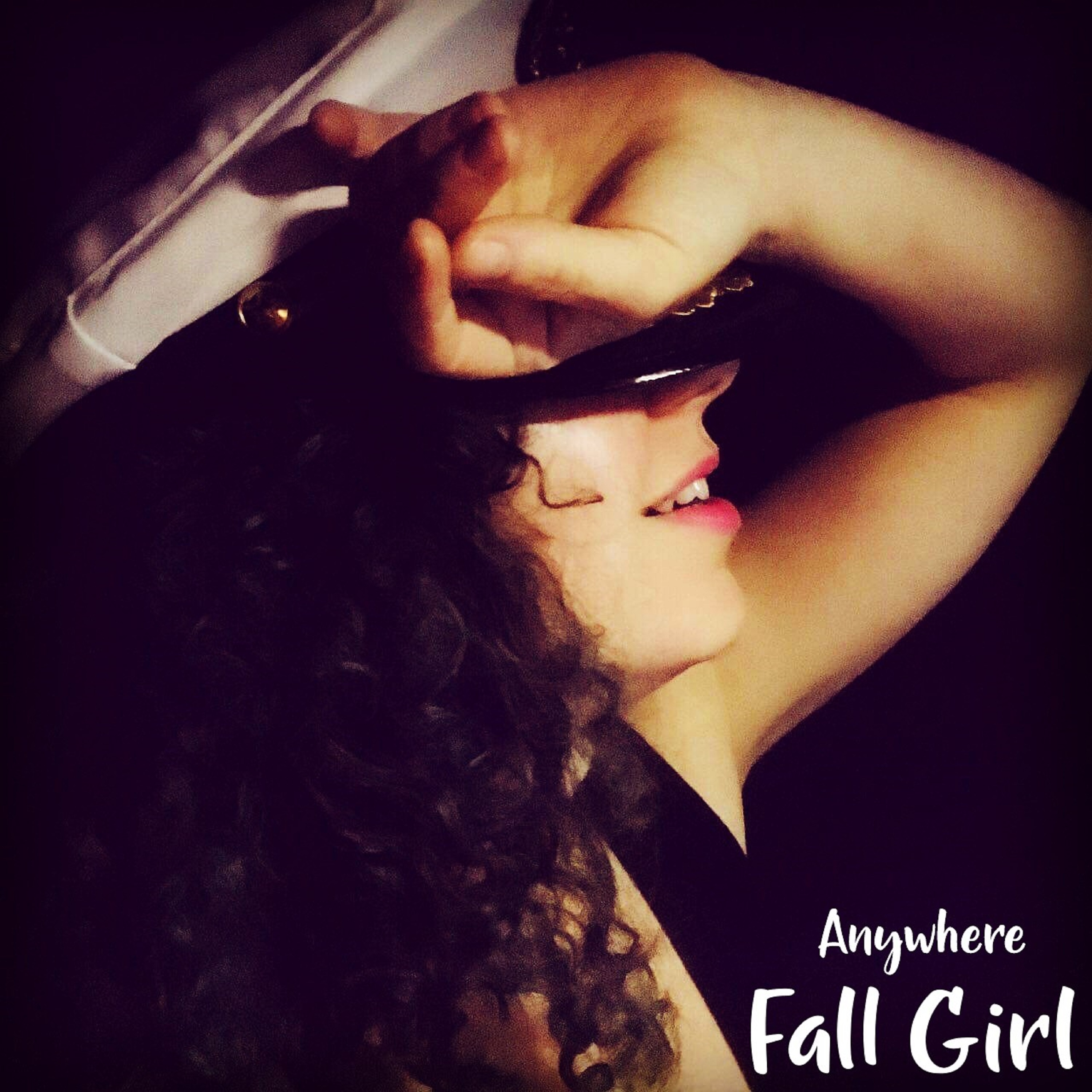 It has been such a privilege this morning to get an exclusive preview of the new single from one of our area's top talents, Fall Girl.

Due for release on all digital platforms on 13th June (though the good news is that you can order it from 23rd May), "Anywhere" is her first release since her debut album ‘Arcana' in November 2016 and acts as an appetiser for the second album due later this year.

I don't use the phrase "top talent" lightly. We were honoured that Michelle Sciarrotta (to name the artist) allowed us on the "Alternative Sounds" team to use her track "Maybe" on our first volume of the cream of Coventry & Warwickshire music, past, present & future: we very strongly felt that her work represented the very best of the exciting music our area is currently producing. Subsequently, "Maybe" has been one of the tracks most often played on radio from that album and attracted much critical as well as popular acclaim, from international sources as well as British.

Anyway: let's talk "Anywhere".. The first thing I felt on playing it was surprise: which is excellent. I like to find music which compels me to listen & does not offer me comfort food. If I was expecting ‘Arcana part two', I was instantly disabused. The new single hits you from the first moment & carries you along in a most distinctive & idiosyncratic soundscape quite unlike the songs on her debut.

If you listen to Fall Girl either live or on record, quite apart from the excellence of her writing, the two things which strike you tend to be her extraordinary voice: one of the most distinctive around (I can't think of anyone it sounds like which both lets me off that reviewing hook & saves me from the cliché of comparison) and her virtuoso guitar playing (not only on her own tracks: check out her work with Blaze Bayley of Iron Maiden).

Well in this case, interestingly, Michelle has brought in guitarist/producer Jay Man Sun (check him out at www.jaymansun.com) to bring his talent to the party & of course this itself adds a different texture to her music.

As for that voice: well on this occasion it sits serenely on some sort of ethereal plane of its own in the mix amongst the roar of the instrumentation: quite remarkable and a testament to the excellent production as well.

It is extremely catchy as a song & well selected as a single: it sinks its hooks into your consciousness after even one play only: it should work well on the radio & one would hope commercially. Certainly I can imagine those who played "Maybe" on air will be lining up to play "Anywhere".

Lyrically the song is optimistic: Michelle has in recent months been exploring both metaphysically & in practice and it's not too much of a leap of my imagination to suppose this has been the inspiration for her song. Just right for the season too!

I said a moment ago that I try to avoid the cliché of comparison. Unfortunately I am only human & find myself slipping back into the habit if only to give you some better sense of what to expect. Fall Girl, as I said, appeared on "Alternative Sounds, Volume One" as did the Primitives. I have no idea whether this proximity had any effect, but the vocals floating over chiming guitars effect is in the same park. I might also cite tracks like Debbie Harry on Blondie's "Fade Away & Radiate" or some of Charlotte Hatherley's work: but ultimately Fall Girl is too distinctive an artist to equate easily to anyone else.

I have also had the pleasure of a preview of the accompanying video which offers a guest appearance by another huge local musical talent in a visually uplifting & joyful film which matches the mood of the song very well..... Keep an eye open for that too