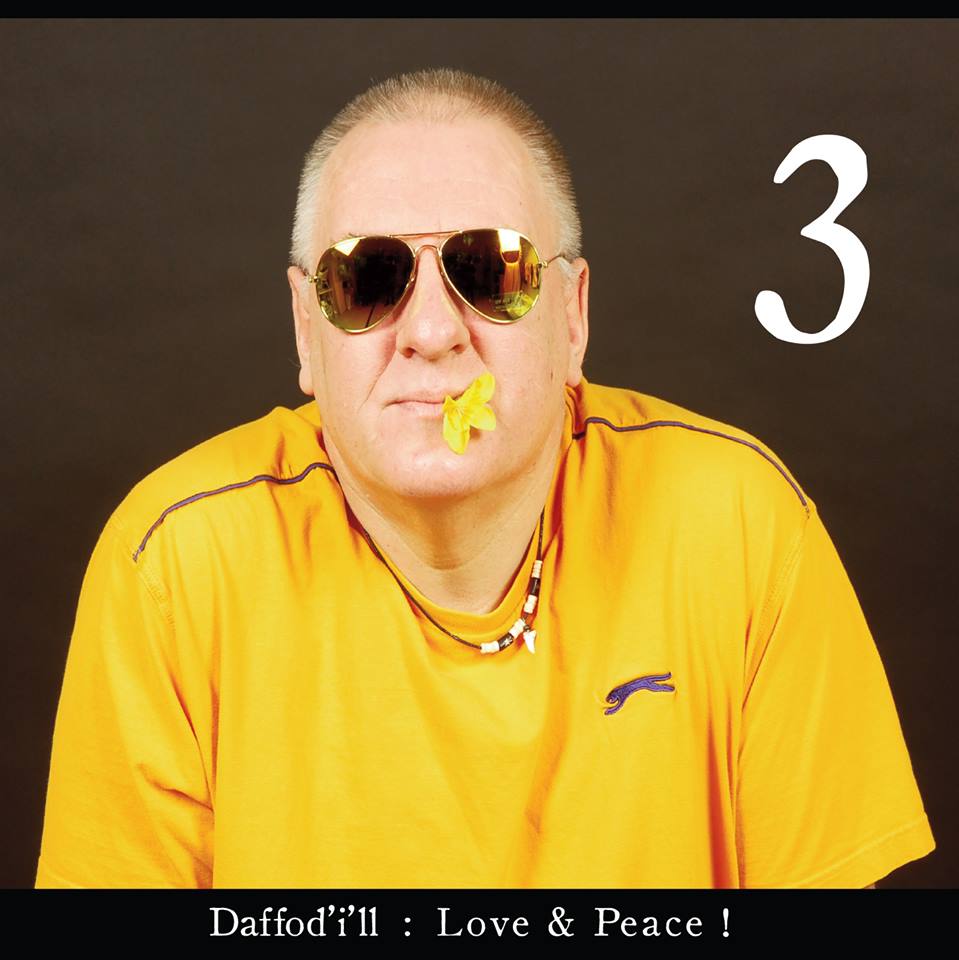 One of the local bands once tipped with a lot of confidence by many people for stardom  was Gods Toys: despite radio play, TV performances and great live popularity, a tour with Adam & the Ants during which the latter exploded into stardom themselves actually ended up in that great band imploding. Frontman Dill then teamed up with the well regarded X Certs and created another superb outfit, "I". This band, with a very spiritual focus, again got on the telly, scored critical & popular success & then split.

After a few years exploring very early dance music possibilities with a new "I" lineup, Dill then vanished from public view for a couple of decades, dealing with personal health issues.

He was not however musically inactive & during that time taught himself keyboards & wrote a great deal of material.

Emerging back into public during the last couple of years, working closely with Coventry producer Martin Bowes at the Cage Studio (Dill encouraged Martin to set up the "Alternative Sounds" fanzine back in 1979 & they both appeared on the BBC's "Something Else" in December 1980), he has since released a number of albums: an "I" retrospective (recorded originally, like the Gods Toys singles by John Rivers at Woodbine Studio in Leamington), a compilation of the best of the tracks from the "wilderness years" and two albums of newer material under his new stage name of Daffod"i"ll: ‘Artificial Intelli-gent' & ‘I-magi-nation'

Now comes a third solo album, released this month, named ‘Love & Peace !'. As with all Dill's work, the themes are consistent & clear: love, whether at the human interaction level or spiritual. The musical settings are reflective of his wide range of interests (and in fact are probably wider than on the two previous albums) and once again very strongly display his playfulness with vocal sounds: his voice comes at you from some strange places, frequently multiplied, often processed & shifting constantly within individual tracks: it certainly helps you concentrate on what's being said & emphasises very effectively the overall good humour of the set: again this has always been a feature of his music & his character. After hearing "Every Day, Every Way" (check it out please) on his previous album, I suggested to him that he was extremely good at writing roots reggae (starting with the very early Gods Toys song "Arty Natty"), though these songs only cropped up sporadically in his work & that maybe he should do a dub album. "Closer & Closer" on this album has that reggae vibe. On the other hand "Comedy & Tragedy" has an early hip hop feel,  "More More More" is rapped &  "Boom Boom Bang Baby" is the most "rock" I have ever heard from him, "Crackpot Dream" is like a less angry Gil Scott-Heron, "Wonder Glow" and "Hold On" slower funk grooves, "Piano Peace" (the longest track on the album) is (perhaps unsurprisingly) an ambient instrumental evoking the mood & theme of the whole set. "Here She Comes Again" is "tougher" in tone, maybe nearer to Blondie in places while album opener "Love Life" may well take its cue from Curtis Mayfield (though of course I could be wrong on that) and "Why" is cut from similar cloth.

It's great to hear Dill back with such assured and compelling songs: especially given that he is not working in a band context currently. The songs are certainly showcases for his personal faith & beliefs yet set in accessible arrangements which enhance the message & as said, all in a positive & often humorous fashion. There is talk of & preparations for live work: I'm sure all Dill's fans both old & new would welcome the return to performance of this most charismatic of singers.

The Bandcamp site for "Love & Peace !" is at

Although after album number 34 ‘SAY AHHH!' from Daffod'i'll back in April he said he was taking a break from this deluge of ...
[1 image] END_OF_DOCUMENT_TOKEN_TO_BE_REPLACED

Today sees chapter 34 in Daffod'i'll's solo album series with the release of ‘SAY AHHH!' with its tracks being "Conquer All", ...
[1 image] END_OF_DOCUMENT_TOKEN_TO_BE_REPLACED

Eight days after my last Daffod'i'll review, here he is back with another album (just the one this time, although he apparently has another ...
[1 image] END_OF_DOCUMENT_TOKEN_TO_BE_REPLACED

In the four days since I reported on the release of the  last four Daffod'i'll albums, he's back with yet another four today.
[4 images] END_OF_DOCUMENT_TOKEN_TO_BE_REPLACED

After releasing three more albums about as many weeks ago, Daffod'i'll  is back with three more plus another compilation ('The Best ...
[4 images] END_OF_DOCUMENT_TOKEN_TO_BE_REPLACED