"Matters of the Heart" by King of the Alps


"Matters of the Heart" by King of the Alps 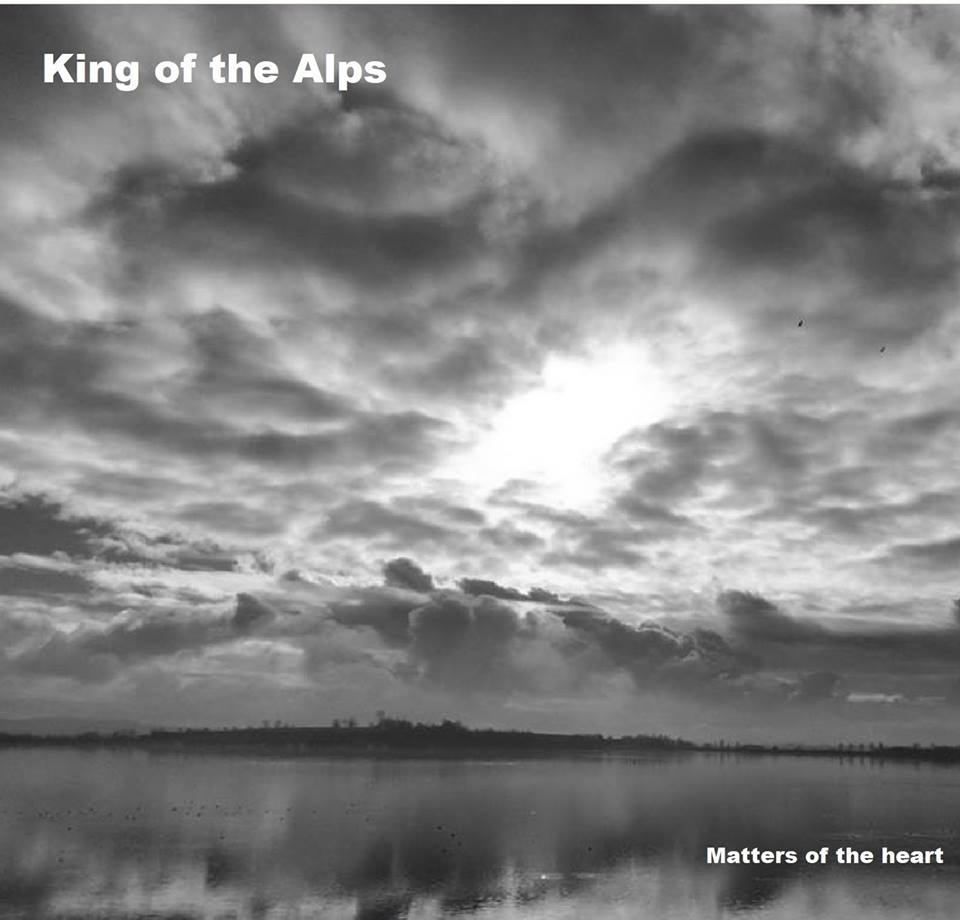 What on earth do you expect from a debut album from a band comprising (a) a drummer from various acclaimed local bands who now plays guitar (b) the bassist from equally acclaimed local rockabilly bands & the top ska covers outfit (c) an accordion player? And one which is named after a rare alpine flower?

Well the answer is neither "much as you'd expect" nor "a sum of all the parts". This is a very difficult band to pin down in terms of style, so I'll not try & hope you'll listen to their album ‘Matters of the Heart' and decide for yourselves. I must declare straight away that I like it very much.

I have listened to them and tentatively enquired if post punk bands such as the ‘Monochrome Set' or ‘Young Marble Giants' had influenced them, but I am assured that they have not. However such bands are ones I love too & I certainly hear parallels.

Singer/guitarist/writer Paul Ingram has played drums in bands such as ‘Back to the World' (with David West from the ‘Voodoo Kings') and the legendary ‘Giraffes', switching to guitar for the 1990s indie outfit ‘Cross Buzz Safari', where he was first joined by his ‘King of the Alps' bandmate Simon Ward, fresh out of rockabilly kings ‘Some Kinda Earthquake' and on his way to ‘Special Brew'. The final piece of the jigsaw is Dolores Pittaway on the accordion.

In terms of their music, the album's title is a very firm pointer towards the lyrical content. These are love songs.

The lead single, and the track you may have heard on the radio is "You Smile": a track as hard to pin down as their overall sound, with brass, pulsing bass, edgy anxious sections alternating with more languorous melodic passages. I suppose it must reflect the complexities of love itself.... A companion piece may be the album closer "Can't Get Over You", very quiet & elegiac, with Paul audibly sighing from time to time...

"More Than We Need" is as about as loud as the album gets, (though passages in other songs do get pretty intense). "Sunflower" despite the title is pretty self deprecating and counting up, the majority of the songs tend to the melancholic take on matters of the heart.. This guy seems to have the blues..... Not least "When the Fire Burns Out"

I don't know if a second single is intended but my vote (in the highly unlikely event the band put it out for one) would certainly by "Hazy Bubble", a glorious and very catchy number with the poppiest vibe on the album.

Overall, as I said, there are absolutely no rockabilly, punk, ska or rock moments. You do get lashings of melody, large spaces within songs for emotions to spill out, basslines which underpin but also add their melodies & counter melodies plus many other instrumental interjections, none lasting longer than to make the point intended. I really like how the songs contain subtle & shifting dynamics which I am sure are intended to express the uncertainties in the narratives. The vocals are intimate, sometimes augmented by harmonies. Minors (in the musical rather than children or Morris senses) abound.

This is an album to really listen to. It is beautiful & agreeable on the ear, but it asks questions of the listener & you'll hear new things on repeated plays. It is a "grown up" set of songs & in some ways may be a series of Paul's reflections rather than "answers" to questions of matters of the heart. Are there any such answers? Maybe not, but King of the Alps are kind enough to explore the ambiguities, enigmas & paradoxes with us.

Last night was another little milestone for me: my first pub-based gig for two years.
[3 images] END_OF_DOCUMENT_TOKEN_TO_BE_REPLACED

Regular readers will need no reminding of my admiration for that subtle and highly original band King of the Alps.
[1 image] END_OF_DOCUMENT_TOKEN_TO_BE_REPLACED

In one of those interesting serendipities which real life offers us occasionally, not twenty four hours after reviewing the debut solo single by King ...
[1 image] END_OF_DOCUMENT_TOKEN_TO_BE_REPLACED

It was only yesterday when Facebook reminded me that it was exactly twelve months since I had last see King of the Alps play live.
[1 image] END_OF_DOCUMENT_TOKEN_TO_BE_REPLACED

Every so often, I enthuse in a review for "Hot Music Live" over the privileges of being able to do so: fairly obviously hearing wonderful & original ...
[2 images] END_OF_DOCUMENT_TOKEN_TO_BE_REPLACED

This is something of a record for me (pun intended): I am reviewing an EP which I have been enjoying for over four months & now it is on the brink of ...
[2 images] END_OF_DOCUMENT_TOKEN_TO_BE_REPLACED