Speak, Brother & the Folly Brothers at the Zephyr Lounge


Speak, Brother & the Folly Brothers at the Zephyr Lounge 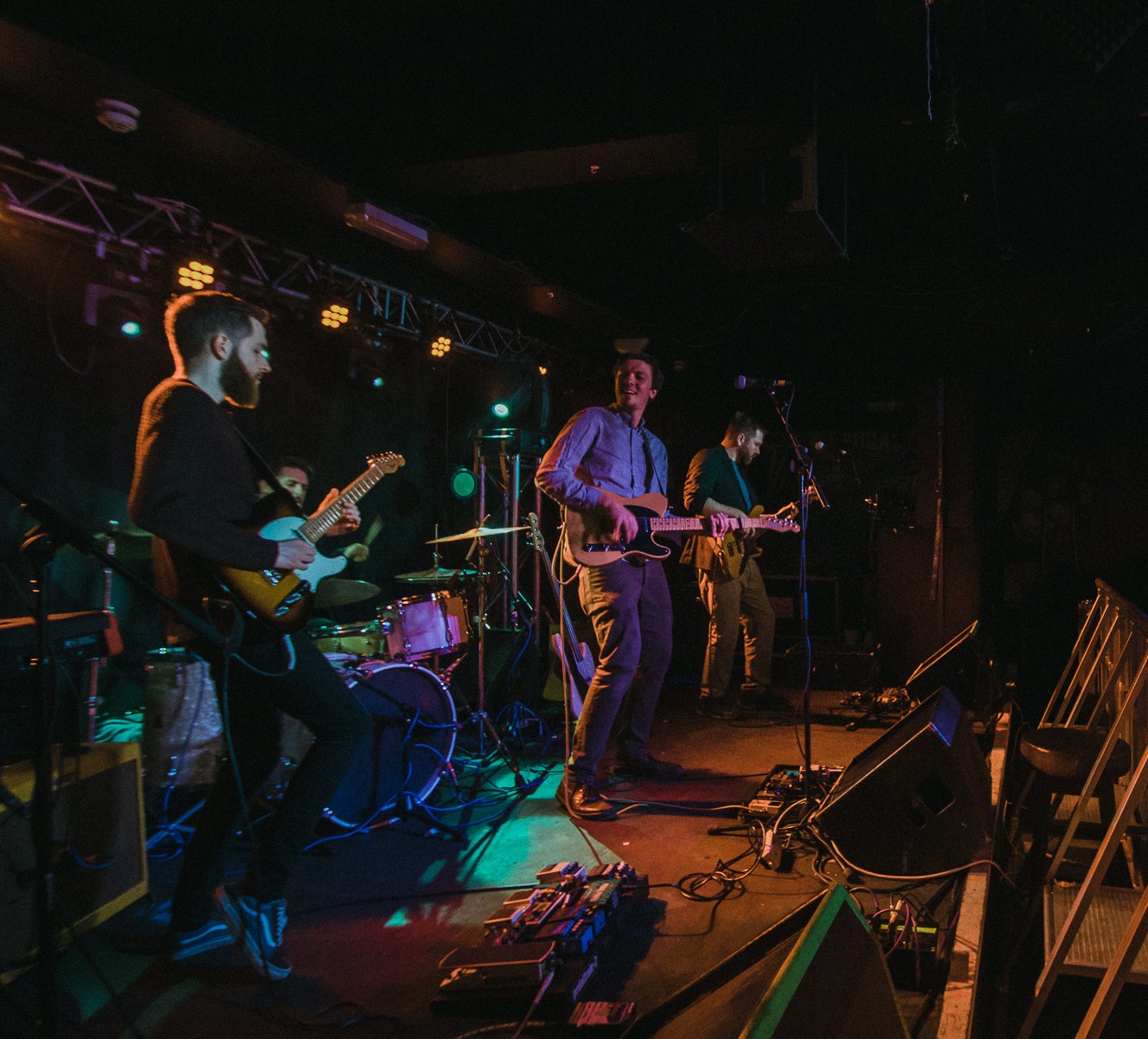 It was most interesting to catch a bill at the Zephyr Lounge featuring two bands which are being so hotly tipped by the local musical cognoscenti. The parallels are uncanny: both Speak, Brother and the Folly Brothers are firm favourites on BBC Coventry & Warwickshire's Introducing, presented by Brody Swain & each features on the "Wall of Future Music" at Coventry Music Museum: where they predict the artists mostly likely to break out. Even the bands' numbers equated tonight as each played as a five piece (dobro & harmonica player Ry Every joined the normally four piece Folly Brothers to add some excellent new textures to the material: be great to see him play regularly with them).

First up were the Rugby based band Speak, Brother. As noted above, a five piece group comprising James Herring, Matthew Cotterill, Nathan Morris, Dan Smith & Sam Oakes, they self describe as "vulnerable, honest & ethereal". Well even though it's my review and I had better express my own reactions, I can go along with those words.  I am always impressed when artists use space in songs to create changing dynamics (more on this later) or have the confidence for dropping out instruments. Speak, Brother are highly adept at this and it was interesting to watch them at work close up (I had never previously seen them live) and notice how they achieved such effects. Other key points for me? One of the most melodic bass players I had seen for ages: again, apart from this aspect of his approach, it was good to see how he didn't just relentless drive through songs, but instead inserted neat & tasteful fills interspersed with silences: but in fairness this could equally apply to the others. I should also like to draw your attention to my appreciation of the well crafted but far from ostentatious vocal harmonies. Key songs? "Lions Roar" and "Magnificent". Look out for their new album, which apparently will be released in April.

And so to the Folly Brothers. Now having seen them from their very first gig (as a duo) and thence at regular intervals expanding into a trio & then a quartet, I have the perspective of someone who can chart their progression & also be intrigued as to what a quintet of Brothers might sound like. However, it also puts a strain on my vocabulary having written about them a few times before.

Well, the good news about the extra instrumentation adding to the texture of the songs in a wholly organic way given the Americana style of their music has already been mentioned. The songs just get better this way. They also move on through the development of the arrangements I have noticed over the past year: it is this introduction of space and new dynamics (I did say before I'd come back to this point) which I appreciate: yes they can still ratchet up successive verses of "Subterranean Homesick Blues" to Formula One speeds, but their own material is noticeably slower & hence richer than the recorded versions. And I like that. The other apparent aspect of their development I struggled with: I asked several people afterwards for help, but to no avail, so I'll have to try myself. The sound was great, but the main thing I noticed was the increase in power & precision of Mark's lead vocals, particularly in his higher registers. "Confidence" was his explanation, as it was of others I asked and perhaps the theory that the size & space of the Zephyr Lounge does allow for different acoustic variations than smaller venues. Whatever the precise nature of the development, it is clear that the band have kicked up another gear recently & as a unit are definitely more confident in what they do, and even at doing less of it at need.

My perspective was in fact a bit different for this gig: I'm normally at the front, on this occasion I found myself on the Folly Brothers' merchandise stall at the rear of the room, and that most certainly changed the way I heard them. It also gave me the chance to meet one of the staff of the Speak, Brother's merchandise stall, Émilie Barbier who is also a professional photographer & who kindly let me use two of her photos for this piece, improving greatly on the sort of effort I normally use of my own. Thank you Émilie.

Since so many others whose opinion I respect think we'll hear much more of these two bands, I really can't dissent.

I have often written about the wonderful, in fact the weird, thought provoking & wonderful evenings Johnny Satsangi puts on at the Zephyr Lounge ...
[1 image] END_OF_DOCUMENT_TOKEN_TO_BE_REPLACED