Stone Foundation sound off at the Coventry Music Museum


Stone Foundation sound off at the Coventry Music Museum 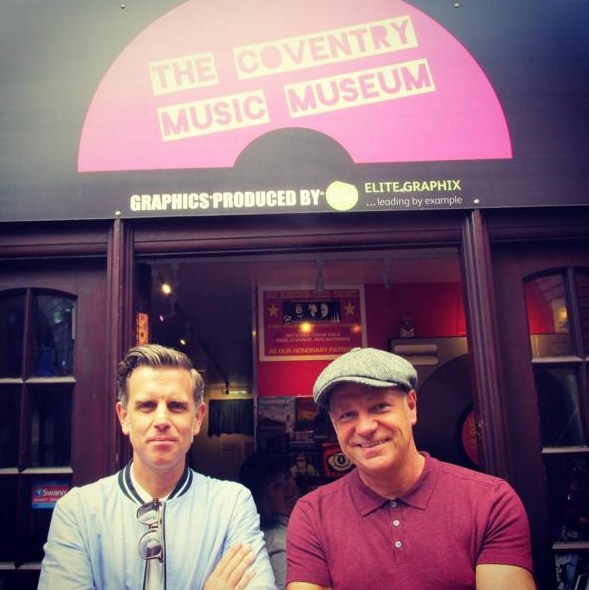 Through long apprenticeships in other bands, the two Neils came to form Stone Foundation as far back as twenty years ago. The years since have witnessed meticulous honing of their sound through a number of lineup & instrumental developments, ultimately reaching today's band. Both Neils are happy to chart their path in detail, but it became clear under Pete's questioning that really they have their eyes on the present & future: they acknowledge their earlier material but are unsentimental about it: seeing the songs perhaps as necessary stages to pass through to a point where today they at last feel happy about being the band they truly wish to be.

Such integrity of course is no automatic guarantee of success, but it must help attract the eyes & ears of the true music aficionado, and in Stone Foundation's case this meant working with icons such as Dr Robert & Graham Parker and of course the late John Bradbury of The Specials headhunted them for his band's 2011 arena tour which catapulted them onto a completely new career level. The band told the audience of a moving, if amusing, intervention by Lynval Golding into their Albert Hall set (midsong) who was overtaken by an compulsion to tell everyone how much Brad loved the band.

The "To Find the Spirit" album of 2014 saw them working with artists of the calibre of Carleen Anderson, Andy Fairweather-Low & Nolan Porter and attaining the chart recognition that their live popularity deserved. The follow up, 2015's "A Life Unlimited" (with a cover, like its predecessor, designed by Specials bassplayer & artist Horace Panter) built on this & prompted Paul Weller, who had been following their work from a discreet distance, to invite them to work with him, both in writing & in his studio. The result, with Paul playing an intense part throughout on an album he was clear was Stone Foundation's not his own, was the incredible "Street Rituals": an album which might be said to capture the potential & the ability of the band accurately, while containing powerful & moving songs broadly commenting on current society: in fact Neil Jones while quoted on suggesting that the sense of community he had encountered on Coventry's Foleshill Road was an inspiration, put the record straight: it was in fact the Walsgrave Road around the area where the Coventry Music Museum is situated. In keeping with their recent albums, this latest one also features performances by members of the soul elite: in this case William Bell & Bettye LaVette.

Before mingling with their many fans present, Neil Jones & Rob performed three acoustic numbers culminating in a wonderful rendition of Marvin Gaye's "What's Going On"

You can check out footage of the whole event on the Coventry Music Museum's Facebook page.