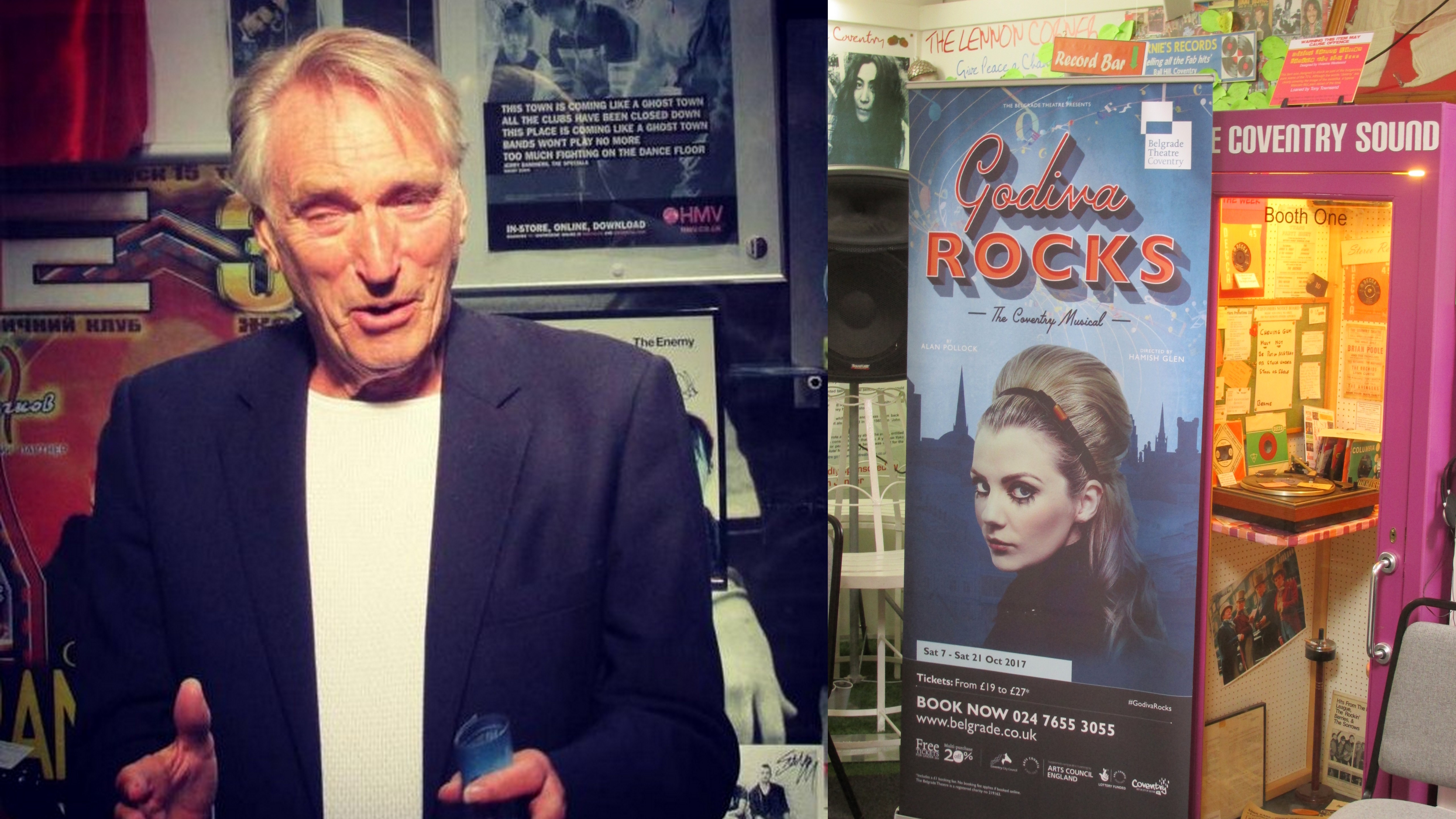 Coventry's Belgrade Theatre has an enviable track record of launching great new pieces & especially in recent years ones with a local focus of interest such as "One Night in November" and "Three Minute Heroes"Next up, in October, is "Godiva Rocks": a musical themed new piece by Alan Pollock (who wrote "One Night in November" and "Too Much Pressure") including a carefully chosen selection of songs by a very diverse range of local artists: some well known & others perhaps not as familiar to a wider public as their talent merits. I would say more on this, except that to name tracks might spoil anyone's later enjoyment.The show had its Press Launch (appropriately) at Coventry Music Museum on May 11th 2017, organised by the Belgrade's Rosie Mackie and her team with Pete Chambers BEM of the Museum acting as host and director Hamish Glen present as well as Alan.A real cherry on the top of the event was the special guest: Coventry & Warwickshire's most successful performer ever in terms of hit singles, Frank Ifield: who lives in Australia but is a huge supporter of local music: indeed he is an Honorary Patron of the Museum.Among the many representatives of the Press present, it was great to see other staunch & enthusiastic supporters of both the Museum and grassroots local music such as the BBC's Brody Swain & Heather Kincaid of "Warwickshire What's On"Alan Pollock spoke passionately about how his love of the area, of music & indeed of local music had led him to favour working on this over other offers & commissions. He outlined some of the key real life stories which had shaped his own story and hinted at some of the elements he'd included.Pete gave an overview of the highlights of the history of local music & the work of the Museum which caused Frank to give an impassioned speech about how proud he was of the breadth & quality of our music and how it had continued into this day (he had earlier praised the work of Museum Artist of the Month Shanade whose work he had listened to).A "Question & Answer" session followed (before guests mingled, toured the Museum and a great many media interviews and photoshoots took place). Not surprisingly, the incredible career of Frank Ifield took centre stage & he held the audience enthralled with his recollections."Godiva Rocks" plays from October 7th to 21st & you can buy advanced tickets right now.Photos & some video clips are available on the Coventry Music Museum's Facebook pagehttps://www.facebook.com/groups/Covmusic/Further information & tickets from http://www.belgrade.co.uk/
Web

Most readers of this piece will know of Joe Meek & his revolutionary production techniques, but fewer will be aware of his work with one of the top ...
[1 image] END_OF_DOCUMENT_TOKEN_TO_BE_REPLACED