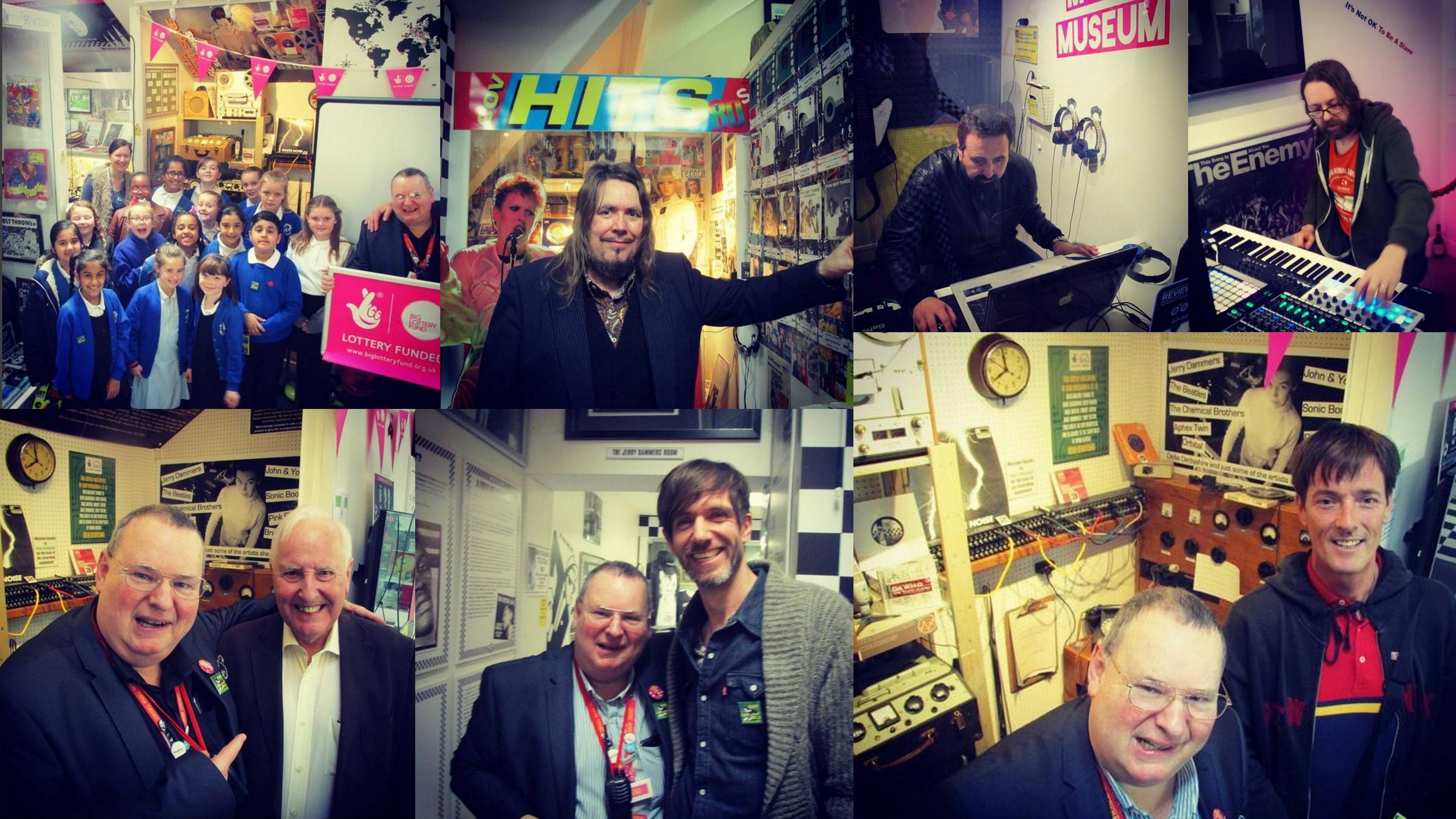 Friday 5th May 2017 would, in a perfect world, have been the day Delia Derbyshire celebrated her birthday. Instead, as she sadly passed away in 2001, music fans from far & wide congregated in her home city of Coventry to celebrate her life & work with events at Coventry Cathedral, The Herbert, The Tin and the subject of this article, Coventry Music Museum.Delia is popularly known for her pioneering work at the BBC Radiophonic Workshop, developing original pieces and then realising them for radio and television, in the process creating techniques & a vocabulary which has shaped all subsequent electronic music. Unsurprisingly, artists such as Pink Floyd, The Chemical Brothers, Aphex Twin, Orbital etc etc have acknowledged her influence: without her innovations, aspects of their own work would have been significantly different & probably inferior. At the height of the Beatles' fame, Paul McCartney visited her with the view of working together on an electronic version of "Yesterday": a project which sadly like many other 60s ones never came to pass. Her later work included the highly influential album "An Electric Storm" as part of the band White Noise.On Friday 5th May, the first event was the workshop led by Innovation of Sound's Matt Cattell for the "Arts Award" group from Grangehurst Primary School led by their inspirational music teacher Vicki Russell. I have heard the rough mix of the song they created in honour of Delia & believe me it will knock your socks off in terms of quality & originality when you hear the finalised mix. The children contributed vocals, the melody, instrumentation and the riff & it is truly fitting for a tribute to Delia, proving how much potential talent our children have if given the chance to develop it in an era when music & other forms of creativity in schools is increasingly marginalised.In the afternoon, we were privileged to hear an extremely detailed talk by Delia's closest Radiophonic Workshop colleague Dick Mills, who illustrated with audio files how each track of the "Dr Who" theme was constructed note by note and then physically joined up with tape along a Maida Vale Studios gallery. He also took us through the "TARDIS" noise, the Dalek voice and other iconic pieces from the sci-fi classic & other programmes on which the worked.On Saturday 6th, a very busy day commenced with a most interesting talk by one of Delia's last musical collaborators, Pete "Sonic Boom" Kember from the band Spacemen 3 (among others), with whom she worked on the EAR albums "Vibrations" and "Continuum". This was followed by a wonderful performance by electronic music maestro Morocco Dave and a DJ set of Delia pieces by Coventry musical legend Jerry Dammers, a longtime Delia fan. Jerry interspersed the tracks with a series of comments on each & how he saw her work, at one pointing calling on the appreciative audience to give a round of applause for Delia.The final guest was well known Coventry musician Andi Wolf: the many readers who have seen Andi play will not mark him down as an electronic music performer (and he did kindly play a number of his own acoustic songs which went down extremely well), but his link with Delia was his purchase of her former home & subsequent discovery of many items of hers, all of which are now preserved for posterity, though he did bring along some fascinating facsimiles of her early artworks for those attending to view.There is one final act, necessarily one which cannot have too large an audience given that it will be held on an active building site, when Museum Curator Pete Chambers BEM's long campaign to have a road named after Delia will see the official unveiling of "Derbyshire Way"Many photos & film clips of the "Delia @ 80" events can be found on the Coventry Music Museum's Facebook site:https://www.facebook.com/groups/Covmusic/
Web

I am obliged as ever to Heather Kincaid at the Belgrade Theatre for her heads-up on a new music centred production.
[4 images] END_OF_DOCUMENT_TOKEN_TO_BE_REPLACED

After a campaign led by Pete Chambers BEM, Director of The Coventry Music Museum & top Coventry and Warwickshire music historian, a new road is to ...
[1 image] END_OF_DOCUMENT_TOKEN_TO_BE_REPLACED

Most readers of this piece will know of Joe Meek & his revolutionary production techniques, but fewer will be aware of his work with one of the top ...
[1 image] END_OF_DOCUMENT_TOKEN_TO_BE_REPLACED