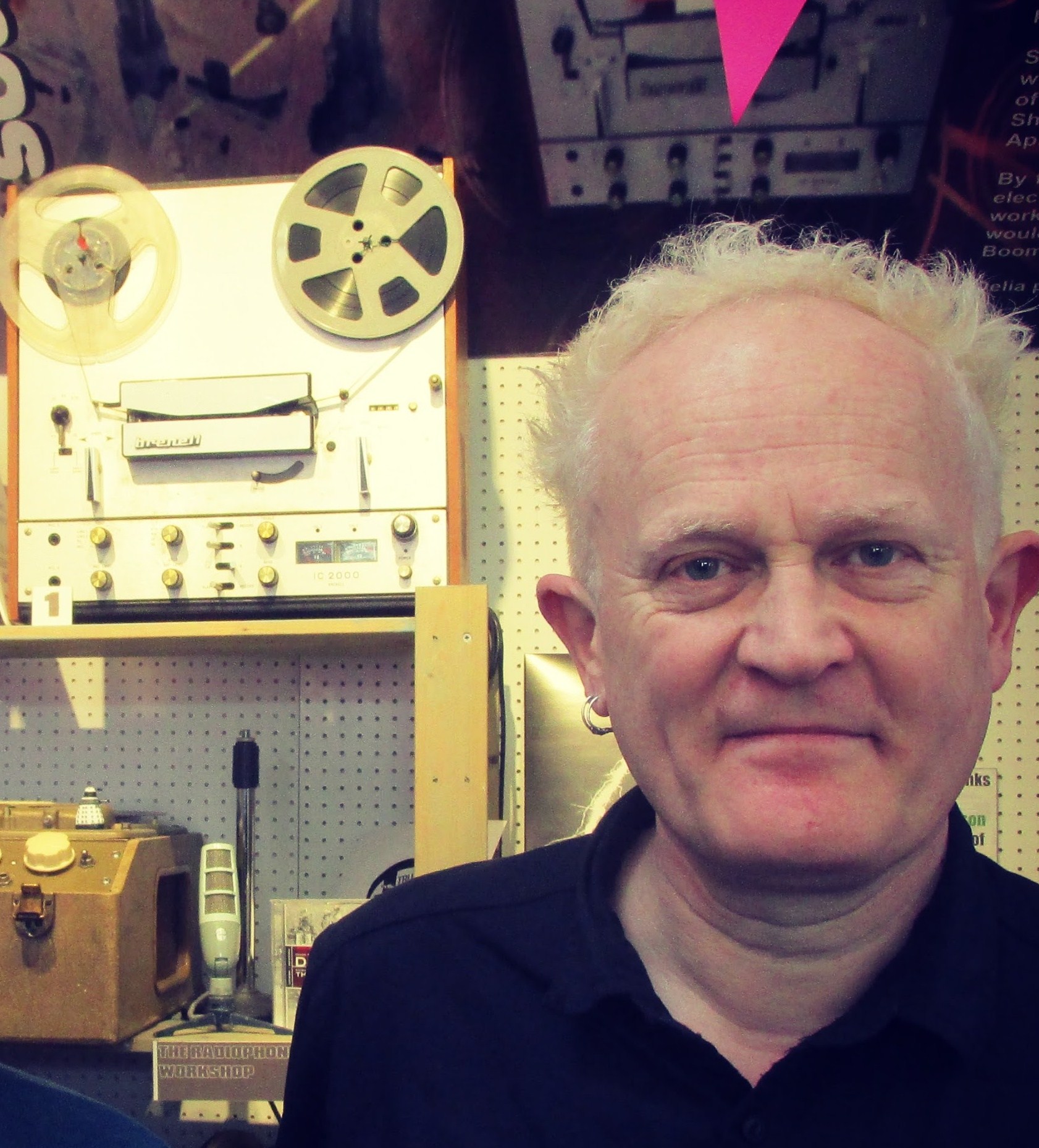 Saturday 25th March 2017 saw the latest Big Lottery funded " Sounding Off" event at Coventry Music Museum. Hosted as ever by Founder-Curator-Director Pete Chambers BEM, the "go to man" for local music history (he had spent much of the previous week on television, radio & in papers talking of how the late Chuck Berry's only UK & US Number One record had been recorded in Coventry), this month's guest interviewee was Martin Bowes, one of the most pivotal figures in local music for four decades.Martin spoke of his musical roots & how, as a "non musician" at the time, he channelled his enthusiasm instead into writing about the punk & post punk reinvigoration of music through founding the now legendary fanzine "Alternative Sounds", a publication which as Pete said, "galvanised" the local scene. From this came the equally important "Sent From Coventry" compilation sampler he put together, showcasing the top bands of the time from the area, many of whom recorded their contribution at Leamington's Woodbine Studios with John Rivers.As time passed & his confidence grew while he realised that his interest lay more with experimental music such as Cabaret Voltaire rather than guitar-based music (though he did once smash a guitar with a brick to create a tape loop around this time), Martin formed the cult ATTRITION band which is still going stronger around the world. ATTRITION consequently are more known for their use of synthesisers and electronica than guitars etc, though they use anything appropriate when necessary to realise their music. Many have tried to label the band as being part of a genre: not something Martin could agree with. He also talked us through the often deeply personal inspirations for many of his ideas, most recently the experiences of his late Grandfather in the Great War which helped inform the acclaimed album "Millions of the Mouthless Dead": a set of songs which in this writer's opinion could stand in relation to the Great War much as Benjamin Britten's "War Requiem" does to the Second World War: it really is that good. This project also gave Martin the opportunity to work with Wolfgang Flür of one of his favourite bands, Kraftwerk as well as the highly talented Anni Hogan. Another deeply held set of beliefs resulted in ATTRITION being asked to contribute the track "Monkey in A Bin" to the PETA album "Animal Liberation" alongside The Smiths, Siouxsie & the Banshees, Coventry's The Colourfield etcAs needs & opportunities provided, Martin has in recent years developed both his own studio, The Cage which grew from ATTRITION related activity to much current production & post production work with other artists & his own label, Two Gods: again moving from self releases into those of others including most recently hosting the sub-label Iconoclast for the retrospective release of tracks by the Coventry band "I" and upcoming Martin-produced solo work by Dill of both "I" and Gods Toys: a band which so many people loved. Dill (who will be Sounding Off himself on April 15th) was indeed present at Martin's talk: apart from their current work together, Dill had played a crucial part in the birth of "Alternative Sounds".Martin, who has toured the world with ATTRITION in recent years, including South America & Siberia, has more European & UK dates planned for 2017. Material for a new ATTRITION album is coming along, as is the long gestating ENGRAM project.
Web

Most readers of this piece will know of Joe Meek & his revolutionary production techniques, but fewer will be aware of his work with one of the top ...
[1 image] END_OF_DOCUMENT_TOKEN_TO_BE_REPLACED