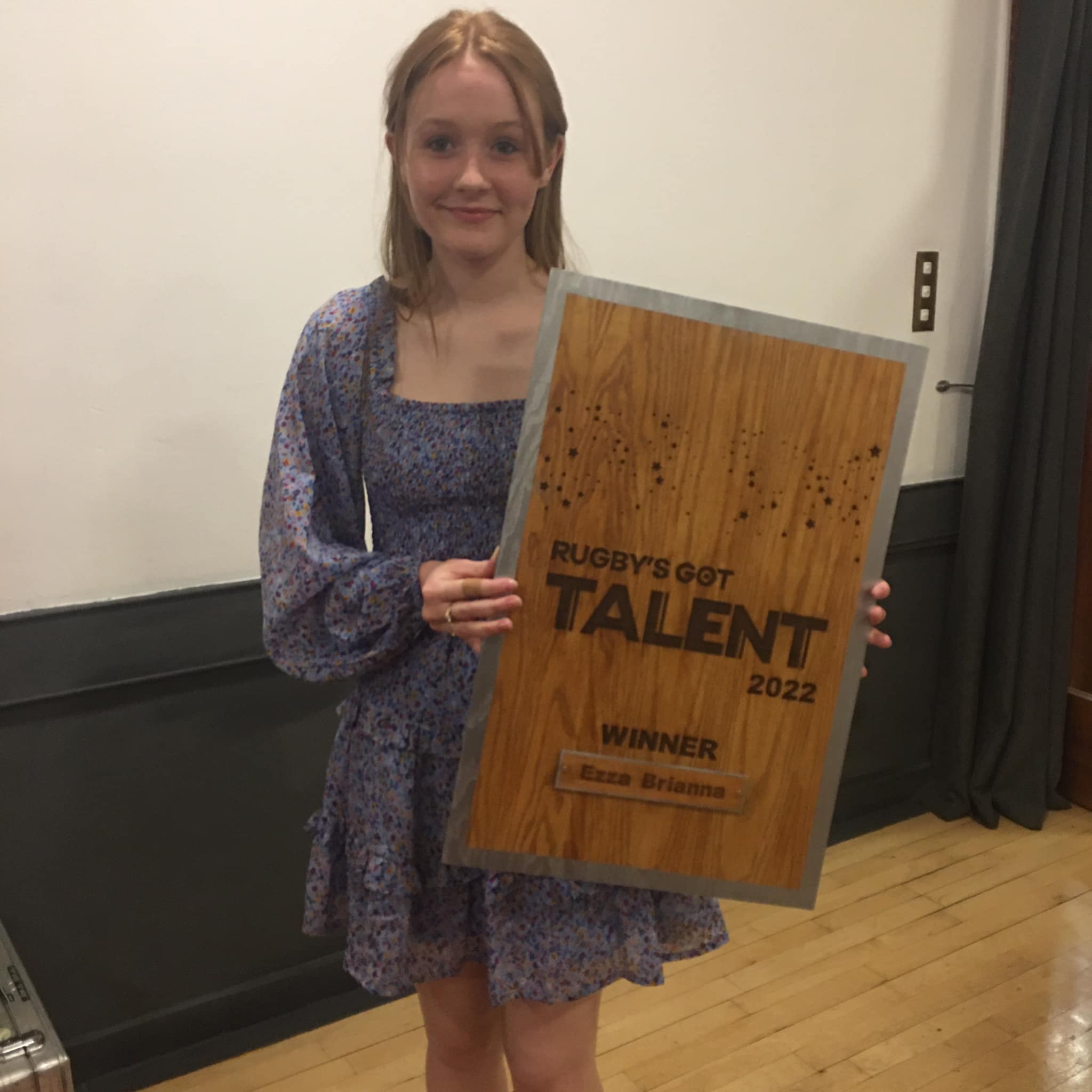 I'm sure you appreciated the exclusive Ezza Brianna track "Disperse" which appeared on ‘Hot Music Live Presents Volume Seven' and later thrilled (as so many people did) to her radically different debut single "I Wouldn't Wanna Be Ya" which we reviewed back in January.

Not surprisingly, we believe Ezza has a great deal of potential but even so, it was really uplifting to hear that she won "Rugby's Got Talent" last evening: obviously others have the wit & taste to share our views of her talent.

Even more creditable was that the competition allowed Ezza to not only demonstrate her performance skills but what to me is as important: her writing ones.

Challenged to write an original "Bond" style song, she collaborated with Gemma Leahy Waddell and Matthew Waddell of 14 Records (using Facetime as it was during lockdown) and her mum to create "Live For Today" which you can hear here (plus the very positive comments of the judges):

Credit to Duncan Arrow on the piano & for encouraging Ezza to take part in the first place.

As you might imagine losing her mentor Gemma has not been easy for her & although she got the chance to dedicate last evening's song & performance to her, one must consider the context of losing someone so close who had guided & supported her through her career & who believed so strongly in her talents: I understand it took her a lot of courage to get up there, courage which paid off.

This is an artist who can go far: in her brief career to date she has demonstrated not only what she is currently capable of, but there is a growing body of people appreciating her potential & I hope that that will increase her self belief and that she can carry on along the road Gemma started on, to realise herself as a writer & performer and create great new original music which speaks to her own life & beliefs.

It doesn't take much imagination does it to consider what Gemma's response to this excellent news would be?

"I Wouldn't Wanna Be Ya" by Ezza Brianna

In 2008, a young man with a passion for theatre started his own acting project, although he had produced and directed a play at school when he was ...
[8 images] END_OF_DOCUMENT_TOKEN_TO_BE_REPLACED

It may be a chilly November afternoon but here in Rugby's lively Bacco bar I'm getting warmed up by a lively discussion with Robert Low.
[1 image] END_OF_DOCUMENT_TOKEN_TO_BE_REPLACED