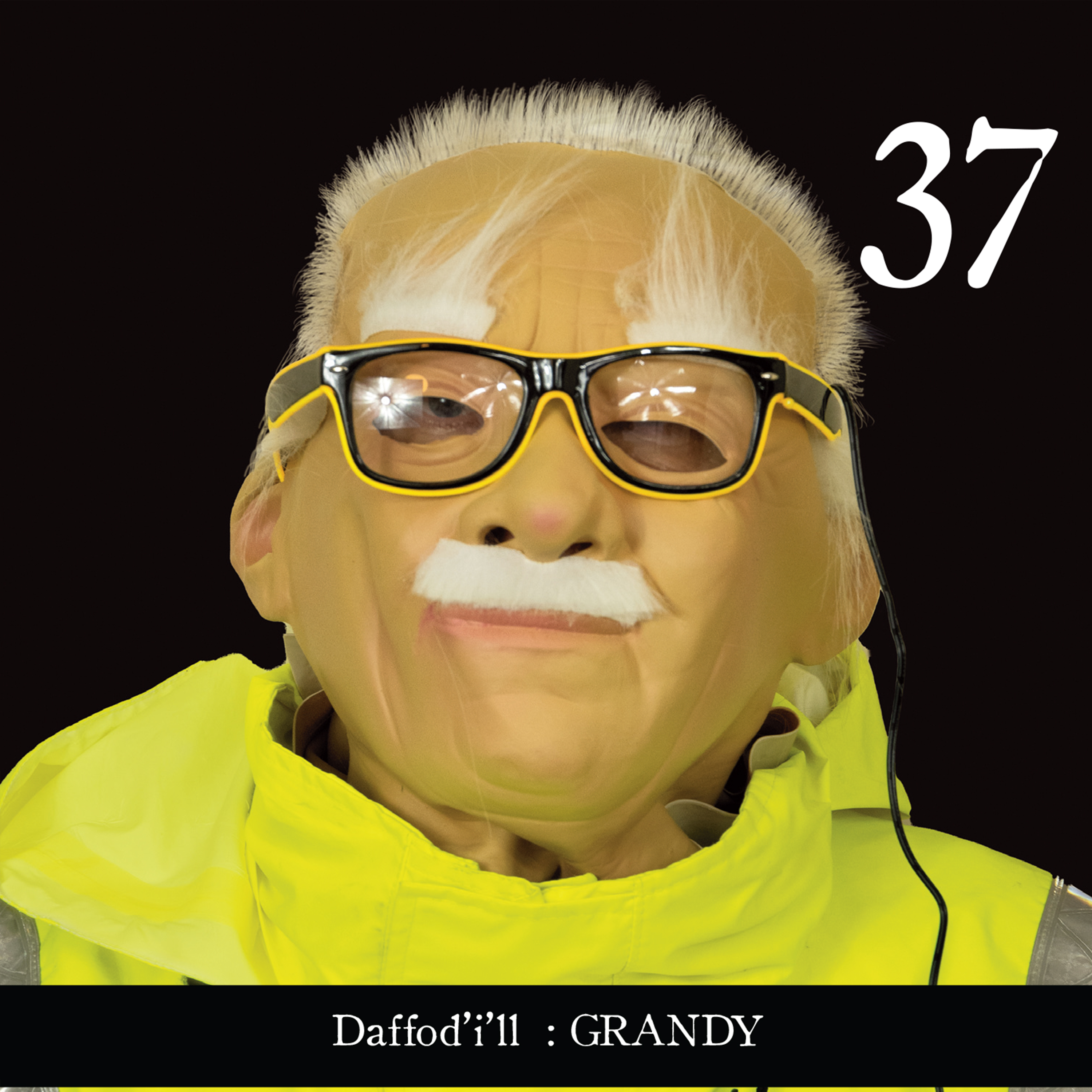 Hot on the heels of last week's Daffod'i'll solo album number 36 comes (you guessed it) his thirty seventh, called ‘GRANDY'.

As I've confessed before, his prolific form has overtaken my capacity to review his albums in the depth I prefer, but this one demands particular attention as it differs so much from the three dozen preceding it.

Firstly, instead of the customary ten tracks, it only has three.

Secondly, and perhaps more of a paradigm shift for the artist: it's a purely instrumental album.

Given his fame as a vocalist which brought his talents to public attention in the first place that is a big step in a new direction, but I have throughout my reviews of this series, expressed my admiration of how, after years of being a front man, taught himself instruments in order to create all his solo work himself: maybe he felt the time was right to explore this aspect in its own right.

The three songs, "Grandy", "And" and "Grandma", while not going down the dubwise track I have long advocated for the artist (and indeed to his face) as he has excelled at that format since his earliest Gods Toys days, nevertheless take the opportunity to extend themselves to over the sixteen minute mark in each case and he explores each in interesting ways progressively through their length.

The key themes seem to be those I detected in the best of his backing tracks on earlier albums: rather oriental sounds, a good use of electronica & some interesting uses of more acoustic (or at least what are normally played acoustically) instruments such as percussion or guitar. There is a certain commonality of ground for example with what Lemon Boy does.

Daffod'i'll apparently gave up a holiday in Kent last week to create the tracks (so his speed hasn't lessened much if at all) which confirms that his compulsion to make, record & release music is still dominating his life: I hope he gets a break in though & presses pause on the pace of his life.

The absence of vocals on a record by someone best known as a singer is normally something you'd regret. However this new direction, however long it lasts (and it may only be a brief diversion from what he tells me) is in a way welcome. Not only does it foreground his developing instrumental skills in a way less possible on his other records, but the vocals on those, often seeking to replicate the competing voices he hears in his head, can get very dense & impossible to follow or process at times. ‘GRANDY' is a much calmer & even mindful record which I hope it did him good to make. If you are new to the work of Daffod'i'll or simply overwhelmed, like me, by the quantity of his output, then this one is a good one to (re)acquaint yourself with his work.

Fresh out from Daffod'i'll  is solo album number 36 entitled ‘BABY!' with the now customary ten tracks, entitled on this occasion ...
[1 image] END_OF_DOCUMENT_TOKEN_TO_BE_REPLACED

Although after album number 34 ‘SAY AHHH!' from Daffod'i'll back in April he said he was taking a break from this deluge of ...
[1 image] END_OF_DOCUMENT_TOKEN_TO_BE_REPLACED

Today sees chapter 34 in Daffod'i'll's solo album series with the release of ‘SAY AHHH!' with its tracks being "Conquer All", ...
[1 image] END_OF_DOCUMENT_TOKEN_TO_BE_REPLACED

Eight days after my last Daffod'i'll review, here he is back with another album (just the one this time, although he apparently has another ...
[1 image] END_OF_DOCUMENT_TOKEN_TO_BE_REPLACED

In the four days since I reported on the release of the  last four Daffod'i'll albums, he's back with yet another four today.
[4 images] END_OF_DOCUMENT_TOKEN_TO_BE_REPLACED

After releasing three more albums about as many weeks ago, Daffod'i'll  is back with three more plus another compilation ('The Best ...
[4 images] END_OF_DOCUMENT_TOKEN_TO_BE_REPLACED