"What Would You Change" by Luke Concannon, Darius Christian & Joshua Bailey 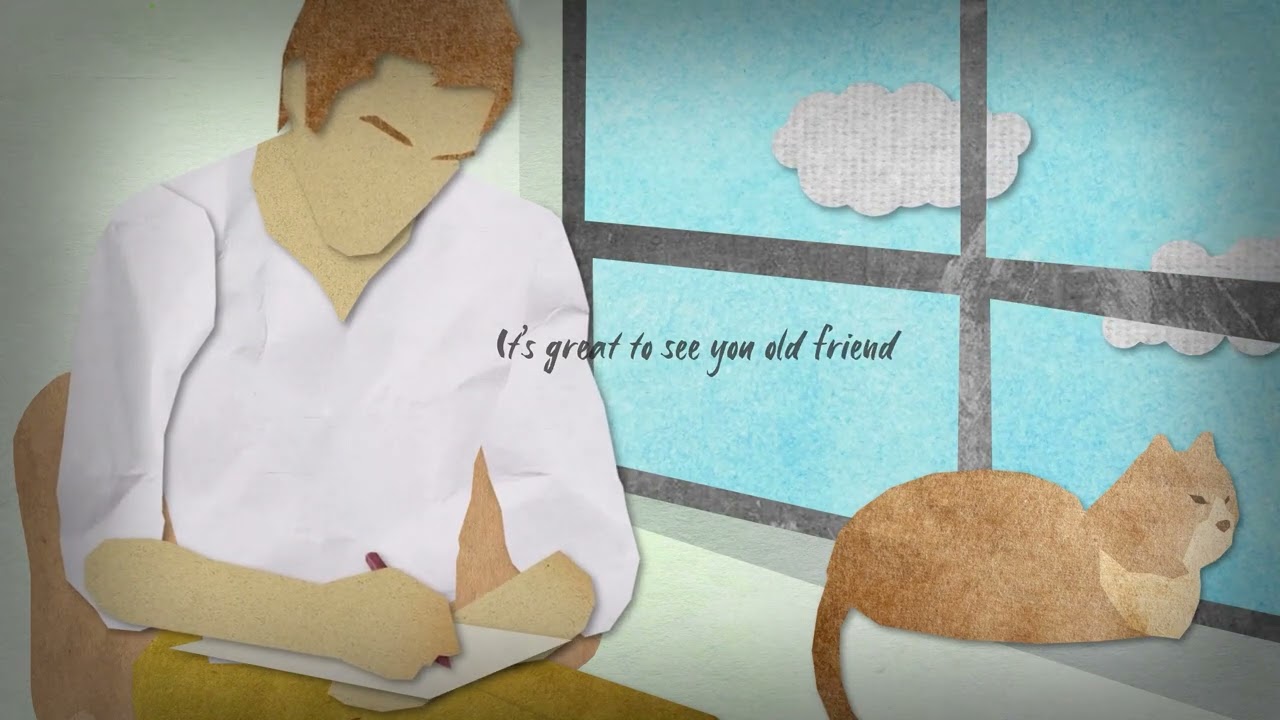 For his first single since the great success of his ‘Ecstatic Bird in the Burning' album, Luke Concannon has created "What Would You Change" for us & released it today.

One (of many) aspects of Luke's craft which never fails to strike me is a most tricky balance he pulls off every song.

Luke is pretty much a poet when it comes to lyric writing. As my previous reviews have hopefully made clear, he loves metaphors & allusions & is seldom happy unless each song contains various layers of meaning or deals with several subjects simultaneously. Take even his most famous song: just note down how many separate  issues he's actually tackling at once.

Against this, he aims for and achieves a simplicity of focus: he certainly doesn't want to let his poetic expression prevent his messages getting through: and messages are huge in Luke's writing: I doubt if he is capable of creating something unless it has a point to him or constitutes something which he wants to share with the world.

Thus the obvious theme of "What Would You Change" is crystal clear. There is no deception at play, no sneaking unpalatable messages through under sugar coating. It's simply about making those changes in your life in order to respond to the love & needs of those around you: and in fact if you are keeping up with Luke and what he does in the broadest contexts of his life & work, you can see him as on a pilgrimage himself (and having been so for a long long time now) towards improving himself as a human being as well as an artist. There seems little more which is so central to the choices he makes & he is urging us to consider our own responses in that respect.

That said, to return to my earlier theme, this is not some simplistic or patronising piece: musically it's typical Luke: stripped back in arrangement yet I imagine horrendously difficult to replicate exactly, with chords I certainly don't claim to recognise, idiosyncratic structures, changes of rhythm & meter etc.

Not all of the arrangement is in fact down to Luke & the single is actually credited to Luke and Darius Christian & Joshua Bailey.  Darius is a Baltimore based friend of Luke's who has played with the likes of Miley Cyrus & Gwen Stefani and added all instruments (bar Joshua's drums) to Luke's basic guitar & vocal tracks.

As might have been expected, Luke began work on the song when lockdown first hit. Concerned with the universal vulnerabilities exposed by the pandemic, he sought to remind us of how we could still connect despite the crisis. Key points he wanted to communicate included "…if we dare to wake up to how amazing it is that we have this life, and each other, what might we do? It's almost too much of a miracle to be here and be alive and, the hope in me is that we will wake up to that and take the leaps of faith required, to get us to a sane, thriving, just world". And who can argue with that?

As ever, however rotten the aspects of the world he sees can be, Luke remains an eternal optimist & believes if we pull together, we can fix things. You may well like & respect "What Would You Change" but he's asking us for our help & action as well. It's about activism not passivity.

If you happen to be near Cambridge, Massachusetts tomorrow (Saturday 25th June) then you can join in the "Joyful June" launch concert for the single which will also be raising funds for a local Regeneration project, or alternatively you can share the experience at 10pm UK time on Facebook.

He is also coming over to the UK in a few months, so look out for a range of opportunities to catch hi live: some of which are already in the public domain & others remain to be announced.

As I'd been in contact with Nizlopi singer/guitarist Luke Concannon regarding the release of his brand new solo album 'Ecstatic Bird In The ...
[1 image] END_OF_DOCUMENT_TOKEN_TO_BE_REPLACED

One of the most anticipated albums to be issued by a Coventry & Warwickshire artist has to be 'Ecstatic Bird In The Burning' which Luke ...
[1 image] END_OF_DOCUMENT_TOKEN_TO_BE_REPLACED

In advance of the full release of his new album 'Ecstatic Bird in the Burning' in February, Luke Concannon is this week sharing a third ...
[1 image] END_OF_DOCUMENT_TOKEN_TO_BE_REPLACED

If next February seems still an awfully long way off to wait for the release of 'Ecstatic Bird in the Burning', the next album from Luke ...
[1 image] END_OF_DOCUMENT_TOKEN_TO_BE_REPLACED

Today, I'd like to draw your attention to a new single to be released on October 2nd from across the Atlantic: quite an unusual review for an ...
[1 image] END_OF_DOCUMENT_TOKEN_TO_BE_REPLACED