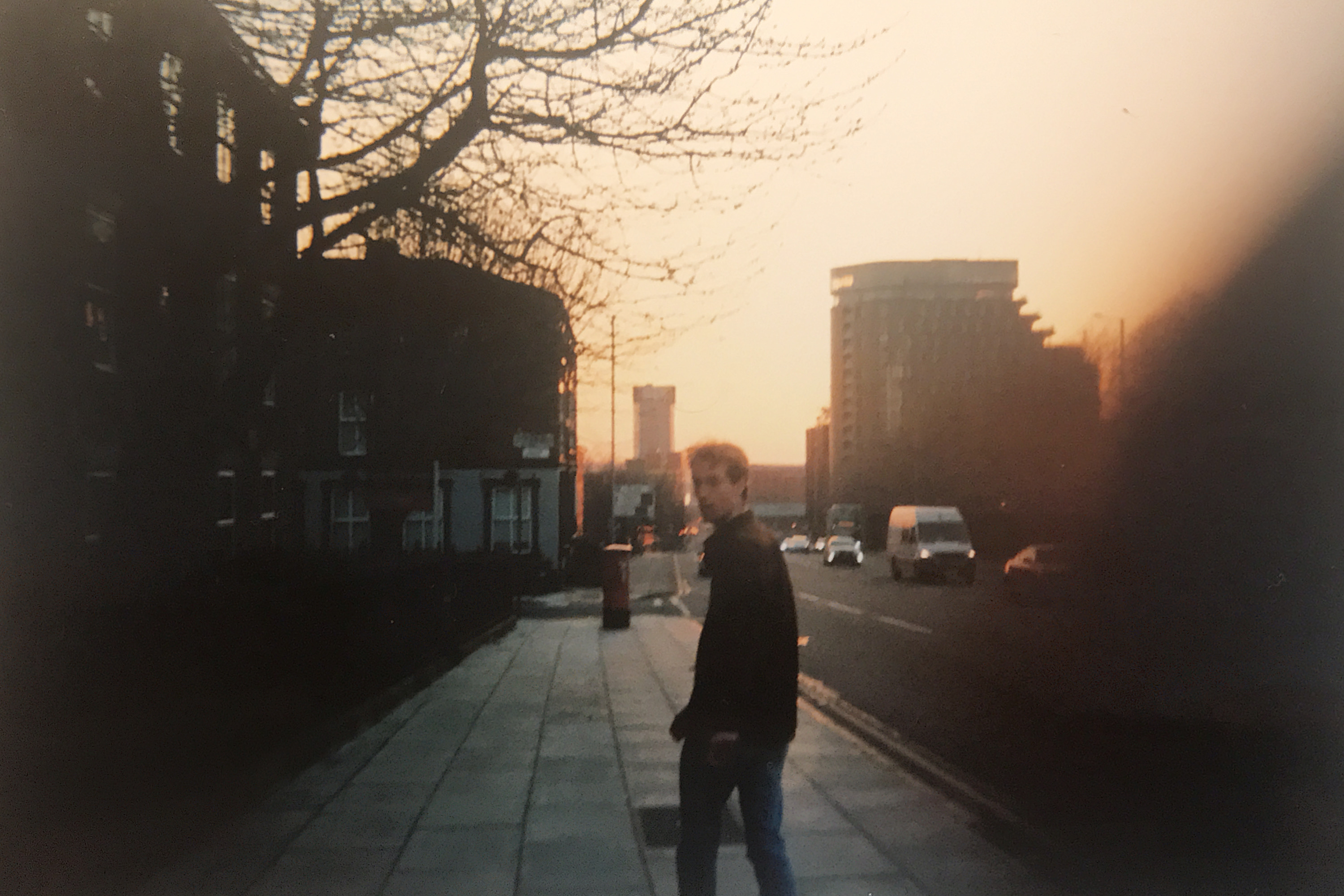 Out now from Euan Blackman is his fifth single, "LED Lights": a track from this ‘alt folk for kind folk' artist which is definitely from the heavier & perhaps even bleaker end of his personal spectrum, which is perhaps unsurprising when you learn that Bruce Springsteen's ‘Nebraska' was an influence upon it.

Not that it sounds remotely like Springsteen vocally: Euan has gone for an unusual echoing effect: albeit one so apparently alienated as to evoke exceedingly long journeys through bleak & barren landscapes. This in turn has led much of the instrumentation down a similar path which perhaps leaves you closer to the more sombre moments of New Order than The Boss, though building gradually to something more "euphoric" and ultimately optimistic: which again I think is true of a lot of Springsteen's writing.

The follow up to the well received "I'm Not Scared", it's fascinating the range covered by Euan across these first five:  as a statement of intent & showcase for his breadth of vision, you could not wish for a better selection: not that he is showing off as to his diverse capabilities as such: that is a by product of constructing the right sounds for each song. It's the way of integrity. It does however mean that the "folk" element in his self description needs taking in a broad definition (perhaps the "alt" bit helps there) but to me, any artist who just makes the music they feel impelled to make regardless of genre constraints or expectations is doing the right thing.

This combination of integrity, honesty, vision & quality of realisation is obviously paying off already: when artists such as Linkin Park's Mike Shinoda (be fascinating to hear how he came across Euan's work) are praising it, you know it's getting out there, it's crossed category boundaries & it's the real deal as far as artists on the international scene are concerned: and indeed a growing range of media.

"LED Lights" is the strangest & most challenging of his singles to date but those are as far as I'm concerned, positives. It is, for the moment at least, my favourite (I've popped it onto both my personal & "Hot Music Live Presents" Spotify playlists). Since he aims to craft "…introspective and evergreen songs for rainy road trips with wistful gazes…", he's succeeded in that respect here, though his Debussy influences are not that apparent on this occasion.

I hoped that you enjoyed the most recent Euan Blackman single "HIGHHIGHHIGH" which we reviewed here (it's also to be found on ‘Hot Music Live ...
[1 image] END_OF_DOCUMENT_TOKEN_TO_BE_REPLACED

Just over a month since we told you about his "Sinking" single, Euan Blackman will be releasing his third one "HIGHHIGHHIGH" tomorrow (Friday).
[1 image] END_OF_DOCUMENT_TOKEN_TO_BE_REPLACED

On 2nd September, Euan Blackman will be releasing "Sinking", his follow up to the widely praised and popular "24 Hours 7 Days" and I gather it will ...
[1 image] END_OF_DOCUMENT_TOKEN_TO_BE_REPLACED

Fresh in from Alcester based artist Euan Blackman is his brand new release "24 Hours 7 Days": just when I imagined that the products of lockdown ...
[1 image] END_OF_DOCUMENT_TOKEN_TO_BE_REPLACED