"When You Were Mine" by The Rising 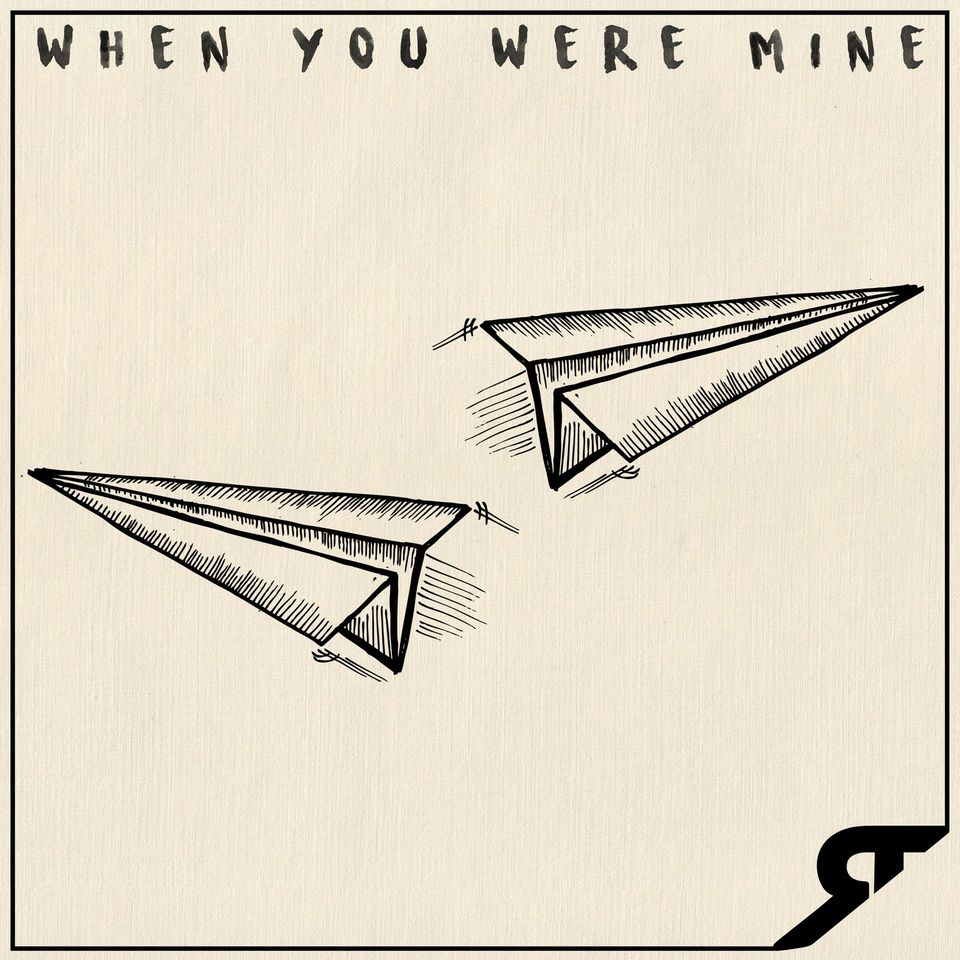 When last week I told you of The Rising's collaboration with Tiernán Heffron called "Come Closer", I offered the observation that "this is a band who never rest on their laurels: indeed there is an impression of constant artistic restlessness with them as they seek to refine their craft, move on with their music & avoid the potential horror of repeating themselves", which seems to have touched a chord with the band.

Almost immediately confirmation & amplification of my assessment arrived in the shape of a listen to their next single in their own right, the hot & sizzling "When You Were Mine" which is out on 20th May. In some ways you can tell it's a Rising song (Chantelle's vocalisation is frankly unmistakeable and the lyrics continue down the road they've taken for the last couple of years: taking on darker & more challenging subjects) but the sound is a long way from that which I heard when I first encountered their music.

Funnily enough, the first time I saw them live, I was sufficiently impressed with the energy with which Chris threw himself around (and this was to tunes a lot gentler than "When You Were Mine") that I perceived a real punk mentality in there: something which at the time he didn't really go along with.

A few years down the line & the "country pop" stylings of their previous self descriptions have moved much closer to a punky energy & guitar sound: this is closer to something like The Undertones than anything you'll have heard from them before. That it was mastered by a man (Pete Maher) who has performed the same service for U2, The Rolling Stones, The Killers and Snow Patrol, makes a lot of sense.

As the song will in time (September) appear on their next album, whose Kickstarter campaign was recently successfully concluded, we certainly can anticipate a collection of considerable progression if this is characteristic of it.

Recorded at their own Renegade Maverick Studios with drums (as with most recent tracks) provided from Nashville by Chris Brush, "When You Were Mine" has a title which strongly suggests the fond reminiscences of a relationship now ended. It's not. The relationship is simply a one night stand with a friend and consequently the lyrics are far fuller with barbs, remorse & guilt than the standard nostalgia piece would go for.

I really admire how the band are so much more interested in the complexities of realistic & flawed human interactions than in imagining more trite & idealised fictions simply to meet the expectations of the more mainstream media. I'm sure this far more integrity driven approach will pay off in the long run when people cotton on to the fact that The Rising are, dare we say it, "different" to other bands and not desperate to copy anyone else as far too many artists currently seem prone to doing.

As they have developed along these much more interestingly & rewarding lines, other factors have entered the picture: one of which is the addition of offering little bits of detail which while not, on paper, advancing the narrative in an essential way, nevertheless enhance the emotional heft of what's under discussion & elevate the lyrics to a higher plane. This time round, listen for the tart reference to David Gray's ‘White Ladder' album playing on repeat through the sordid episode: it's little memories like this which of course twist the knife deeper in the regretful memories.

As I also wrote the other day "it would be easy & possibly lucrative for the band to pander to expectations and force themselves into the tight confines of a popular genre, but to their great credit, artistic exploration & growth seem key for The Rising & long may their courage & hard work be rewarded" and again this new release seems to demand that I reprint it.

The band have been steadily building critical & popular support over the last few years and despite their own worries that COVID19 and indeed other recent health issues within the band might have not just slowed the momentum down but damaged it, I think the evidence is to the contrary. They are still clearly on the radar of festival bookers and of radio producers & the online feedback from fans suggests a growth of their fanbase. It also looks too as if they are carrying this audience with them as they develop their music.

If you want to encapsulate the growing confidence of The Rising in both their evolving artistry & their ability to explain where they are going, it is best to go to their own words, explaining why they abandoned an acoustic setting for "When You Were Mine" in favour of this more aggressive arrangement: "…like a lot of the duo's music, the song itself guides the way instead of being forced into a certain genre". To be so focused on the song & so committed to presenting it in a way which best represents it, even at the cost of challenging expectations, is something greatly to admire.

One claim I very much tend to avoid making is to suggest a song I am reviewing is a favourite of mine by that artist: after all, why should my tastes prevail over anyone else's? When I do venture such an opinion, I hope therefore it carries the weight of relative rarity. The Rising have produced so many thought provoking tracks over the last couple of years that I'd not find it easy, nor necessary, to pick on any, but what I do feel is that the sound they've got on "When You Were Mine" suits their playing & singing & excites me: if the album as a whole went in this direction, you'd hear no complaints from me….

I have to confess that when I heard that the new single by The Rising (out today) was to be their version of "Have Yourself a Merry Little ...
[1 image] END_OF_DOCUMENT_TOKEN_TO_BE_REPLACED

If you have been reading my more recent reviews of The Rising, then it will not be news to you that they've been steadily releasing each of the ...
[1 image] END_OF_DOCUMENT_TOKEN_TO_BE_REPLACED

For those of you following the incremental release of The Rising's ‘No Hope Without Love' EP (and I hope that's you all), you may ...
[1 image] END_OF_DOCUMENT_TOKEN_TO_BE_REPLACED

True to their mission, The Rising are back with a new single "Highway to the Lost & Found"  (due out on 3rd September) just over a month after the ...
[1 image] END_OF_DOCUMENT_TOKEN_TO_BE_REPLACED

I hope you have been following the progression of singles released by The Rising from their upcoming ‘No Hope Without Love' EP?  Following ...
[1 image] END_OF_DOCUMENT_TOKEN_TO_BE_REPLACED

The 4th of June marks the release date of the second single from the upcoming 'No Hope Without Love' EP by The Rising, namely "Bruise You ...
[1 image] END_OF_DOCUMENT_TOKEN_TO_BE_REPLACED