"Torn To Pieces" by BERHN 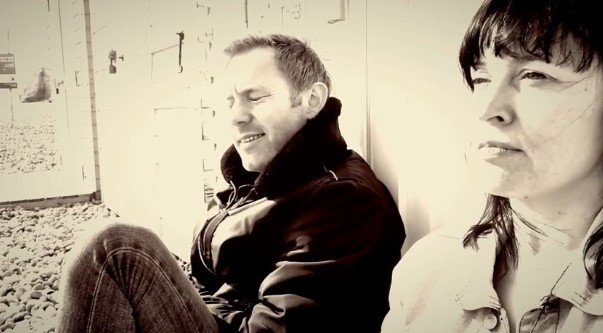 It was a couple of years ago that we first told you about BERHN and now Kirsty Clarke and Dean Dovey  are back with their new single "Torn To Pieces".

I suppose in terms of what is an occasional duo alongside their separate solo careers, as well as pooling the talents which friends felt were compatible enough to combine and so suggested as much, each brings to the other some other qualities which take BERHN songs into slightly different territory than they would venture on their own.

Since Kirsty is probably the better known to us in Coventry & Warwickshire, we are more familiar (check out her "Suicide Mission" on ‘Hot Music Live Presents Volume Three') with her never less than passionate take on the life she sees before her: often dark, never dull, and delivered at 100% commitment level.

To this Dean brings a lighter more pop sensibility which reduces the intensity to levels which people who might baulk normally at Kirsty's full on approach, can handle. In return he receives elements of profundity and an edginess to take his own perspectives somewhere a bit different.

"Torn To Pieces" therefore is something of an amalgam but one which works as two distinct voices offer differing takes on the subject matter (a relationship) and then combine into harmonies from time to time. It's interesting to hear Kirsty sing at less than her usual full on level & demonstrates her control & sense of dynamics.

The tune is a mid paced rock ballad in style and broods along with an indie sensibility and as before with BERHN comes with a similarly moody video to illustrate it which you can see via this link:

As promised, after my review of Kirsty Clarke's new track, "Greatest of Partners", I thought you'd like a piece on her other venture, ...
[1 image] END_OF_DOCUMENT_TOKEN_TO_BE_REPLACED