"Same Ole U" by Levi Washington 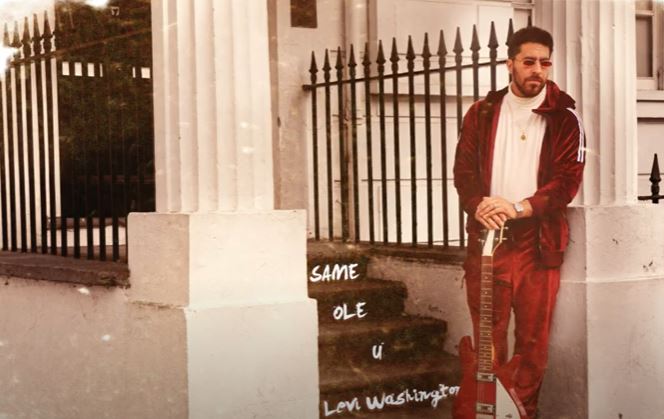 It's back to business nearer usual for Levi Washington with the release of "Same Ole U". The (relatively short) hiatus in his weekly singles campaign can probably be put down to a couple of factors: most obviously he seems very busy with his award winning businesses but in addition he has tweaked his musical working practices (at least for the present): working in parallel on up to ten songs at once rather than sequentially on single ones. Consequently he has a great many in the pipeline but each one requires his attention to get it completed: and you know by now the care & effort he puts into final mixes.

I gather that as you'd expect, there are some dark ones in the offing, but for the moment he's treated us to one of the lighter tunes for the holiday period.

Again it's the sort of tune that the many people who catch Levi live each week would expect from his sets: an R&B styled piece about "love gone wrong" (a favourite subject for him), it seems to have taken him comparatively little time to compose, which shows in the instinctive flow to it & the sense of spontaneity adds to its charms.

An obvious point of reference for me is Prince: it has the same light touch of funkiness & good humour  & although spontaneous, is far from "simple": there are so many subtle touches & sudden unexpected shifts and surprises. A particular favourite element for me is the interplay between the vocals: great fun, though how he intends to replicate that live……

I suppose as a reviewer I ought to buckle myself in for the darker tracks ahead (for Levi can be very sombre & raw) but for the moment, with the sun outside, "Same Ole U" evokes the move into Spring.

It was grand indeed to catch up with Levi Washington live on Sunday on the Bandstand, but it's back to the weekly business as usual now with his ...
[1 image] END_OF_DOCUMENT_TOKEN_TO_BE_REPLACED

I was pleased to hear that Levi Washington is managing both his health issues & his rapidly expanding portfolio of commitments running live events ...
[1 image] END_OF_DOCUMENT_TOKEN_TO_BE_REPLACED

I'm sure many readers will have been saddened to hear of the illness of Levi Washington last week and his consequent hospitalisation.
[1 image] END_OF_DOCUMENT_TOKEN_TO_BE_REPLACED

You can't fault Levi Washington for ambition: trying to release a new single every week against the background of organising so much live music ...
[1 image] END_OF_DOCUMENT_TOKEN_TO_BE_REPLACED

After the angst of last week when he agonised over the mix of "Carrie, Baby" until Wednesday & the existential angst of the preceding "Check 1, 2" ...
[1 image] END_OF_DOCUMENT_TOKEN_TO_BE_REPLACED