Catching up with Bid from The Monochrome Set 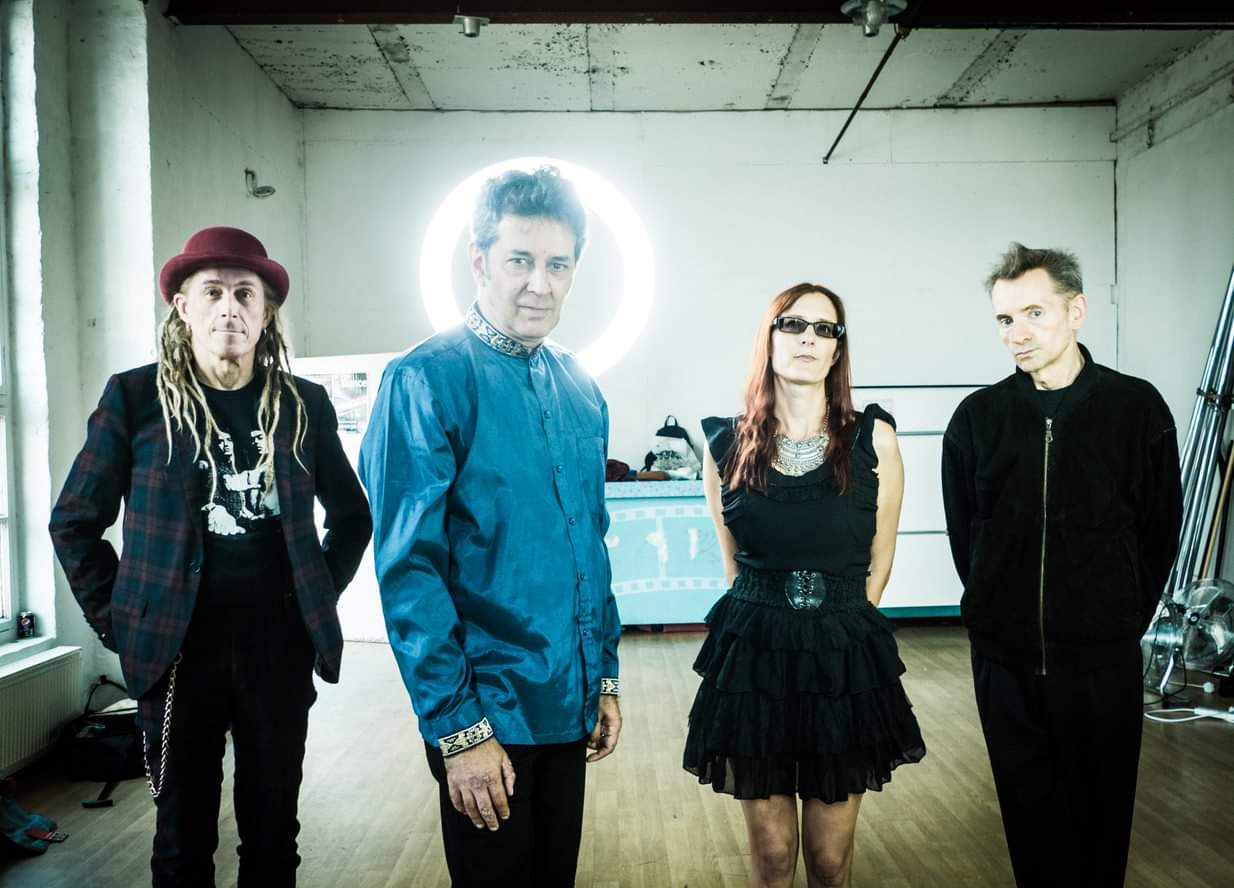 Much as I get a huge amount of pleasure writing about our current vibrant & diverse local scene, I get a special thrill when one of my favourite artists from outside the area plays a gig here.

When you factor in the dearth of live music for so long & the fact that it has been quite some time since I last saw The Monochrome Set, I am delighted to tell you about their 28th May date at The Tin Music & Arts in Coventry, which is scheduled in the wake of the release of their sixteenth studio album ‘Allhallowtide' (which I thoroughly commend to you). To add an extra layer of icing to my personal cake, support for the evening will be "Hot Music Live Presents" featured artists The Pristines (check out "Some People Can't Be Told" on ‘Hot Music Live Presents Volume One').

Formed in 1978 out of a college band called The B-Sides which also gave birth to Adam & the Ants (indeed both bands have featured musicians who've played in the other), The Monochrome Set have created music which completely defies categorisation in the years since. Not that that has stopped reviewers attempting to pigeonhole them. The word "cult" is often deployed, as is their influence on many other subsequent bands. Just flipping through other recent articles produces such gems as "..a distinct English Music Hall vibe as well as country, exotica, garage and cinema music.."  and suggesting that they "..exhibit a knowing cool. They are so un-rock n roll that it's perfect."

If you are like me a fan, you'll need no urging to go along. If you are new to them, you'd better attend too & find your own vocabulary for their music. You may hear echoes of some of your favourite artists in there: just remember who came first.

He was clearly looking forwards to playing the venue along with current band members Andy Warren (bass and former Ant),  Athen Ayren (keys) & Mike Urban (drums) and described the feeling of playing again live as "very good, of course, and atmosphere is very warm."

Unsurprisingly, I opened by asking him about the experience of the last couple of years for him:

Bid: "It hasn't been as awful for me as most other people, I think. We wrote and recorded an album during the lockdown; as it started to lift, gigs were booked, and only a couple have had to be cancelled. We did have to curtail the promotion of the previous album, 'Fabula Mendax', and had to cancel two US tours, which lost us a stack of money.

But, we lived and are still here; sadly many aren't."

In terms of the creation of 'Allhallowtide', I asked him about the album & how they managed to put it together during the pandemic:

Bid: "I had already written one song,"I, Servant", prior to the lockdown, which dealt with extreme compliance, and it somewhat presaged the others once the lockdown started.

Generally, the lyrics tackle personal morality, strength, discernment, and so forth, whilst a spiritual war is raging around you….Despite the lyrical subject matter, it's very accessible, I think.

Essentially, these are classic pop songs, with richer-than-normal lyrics."

I raised the issue with Bid of the obvious influence the band had had on others: both cited by bands themselves & noticed by commentators. Bearing in mind the apparent disciple stance of some, I was interested to know how Bid felt about this.

He was discreet & gracious in his reply, modestly declining to name names "…as it's unfair on them.

They are all talented artists, and have developed their own styles and careers."

Equally, addressing the tendency of reviewers to flail around looking for reference points in order to "explain" The Monochrome Set to newcomers:

Bid: "The reason why they can't describe us is because we are an original classic band.

Our sound comes from the songs we write, not from the style we do them in. People may be influenced by elements of our songs, but they will never sound like us, because they don't write songs like us."

which is a neat & succinct explanation: more so in fact than most of the attempts of others to nail that particular issue down, though further enlightenment perhaps also comes from Bid's reply when I asked him why he thought the band had outlasted their original contemporaries:

Bid: "We kept making good albums. Also, from the very beginning, our music was not of the crowd, and we avoided any aesthetic traps."

Advice which I think most if not all aspiring musicians might usefully consider.

Obviously the danger for bands such as this one is that while you may continue to experience passionate support from your original fans, this does not necessarily mean that you'll grow your audience, so I asked about their audiences and how they split between age groups:

Bid "It varies from city to city, but, relatively speaking, there seems to be a lot of young fans in the audience, and young musicians that we encounter who are fans.

This gives me great pleasure, as, if nothing else, I hope that this indicates that there is a degree of purity/otherness to our sound, which is not tied to a social period.

You don't need to join any club to listen to us."

I always like to pick the brains of artists to glean recommendations for our readers, so when I asked Bid what he was listening to currently, he told me that  "I listen to loads of things...I surf on YouTube. I quite like parrots singing opera" but that in terms of picking up on new bands "..every time there is a young band on stage with us, they are on before us, and we're eating curry somewhere else..".

Fortunately The Monochrome Set's manager Jane was able to help with this question & would like to "… recommend Tigers and Flies, a very young Brighton band, now based in Manchester,  who supported The Monochrome Set  in Manchester last week and are brilliant… and also like to recommend AlterModerns. a garage punk duo from Brazil, now in Bristol, who supported TMS in London last year, they are an incredible live act and should be huge".

Finally, when I asked Bid about his take on the post-pandemic & streaming music world, his reply I think will touch a chord with so many readers of the magazine as he told me:

"It will develop into something more local; the future is very bright; must have patience."

The Monochrome Set play the Tin in Coventry on May 28th with support from The Pristines.

Tickets are available from: https://thetinmusicandarts.org.uk/events/the-monochrome-set/

‘Allhallowtide' is currently available from their online shop: http://www.bid.myzen.co.uk/shop/shop.htm

Very many thanks to Michelle Bailey-Le Long for an in depth heads-up about this weekend's Boudica Festival treats at the Tin Music & ArtsYou may ...
[1 image] END_OF_DOCUMENT_TOKEN_TO_BE_REPLACED