An exclusive catch up with Matt Goss 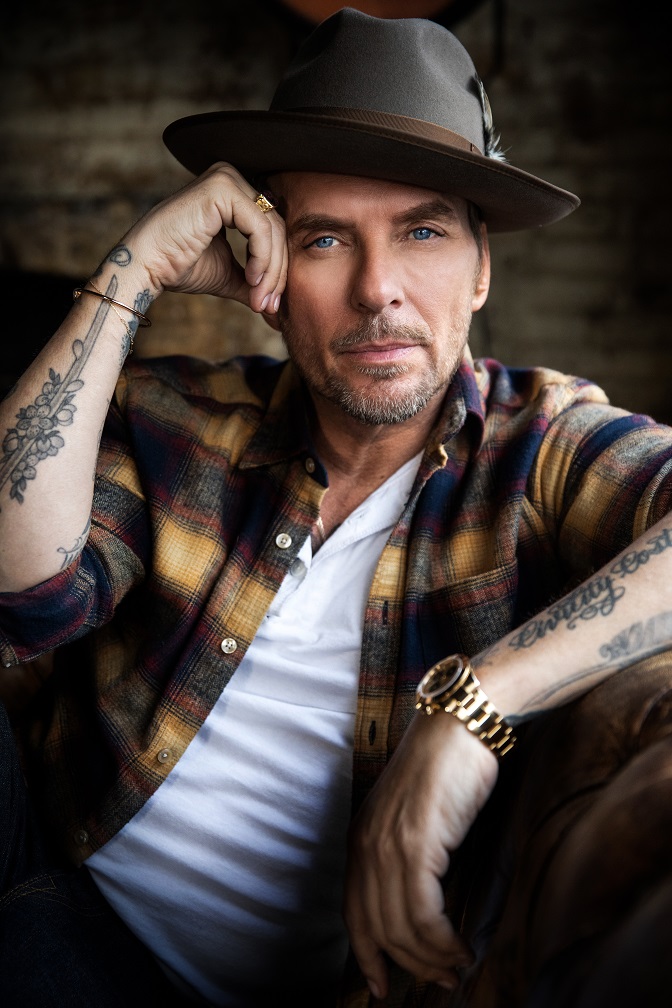 Although the live music scene over the past couple of years was especially hard hit, one ray of bright light for our area was the opening of Phil Rooney's new & bigger Empire in Coventry, in association with HMV.

It can't have been easy doing this at all, let alone during lockdown, so hats off to Phil & team for their achievement.

Not only that, but not only have they been putting on many locally focused events since the doors could be opened, but Phil has wasted no time demonstrating the scale of his ambition for the venue, hosting gigs by big name artists such as Paul Weller.

His latest coup, and it's a significant one, is on Saturday 26th March when none other than Matt Goss not only plays the HMV Empire but has selected it to launch his new album ‘The Beautiful Unknown': real kudos for the venue.

In fact if you are a Matt Goss fan & want to hear this new collection live, not only is the Coventry date the first, but it is one of only two live performance dates in the initial promotional tour. (You can also catch him playing live at the Banquet in Surrey the following evening or at signing only events at HMV Westfield in London on the Friday, HMV Vault in Birmingham on Monday 28th, HMV Arndale Centre on the Tuesday, HMV Meadowhall, Sheffield on the Wednesday or Thursday 31st  at HMV Newcastle. All the signing events start at 2 pm apart from the first, which is 1730 and each has very limited numbers permitted).

Just as exciting as far as this magazine is concerned, Matt very kindly agreed to speak with us exclusively ahead of the gig & share his thoughts with us.

I began by asking Matt how the pandemic period had been for him:

Matt: "The last couple of years have been very tough, but at the same time transformative for me. Although I have loved doing over one hundred shows a year in Vegas, this has given me the opportunity to take a second and think about what I really want in my life and that is to go back to travelling around the world singing my songs. I believe my new album 'The Beautiful Unknown' will allow me to do that."

What about managing to put the album together under the pandemic?

Matt: "I recorded most of the album in LA with a couple of songs in Nashville and Vegas. My deep love and understanding of pop music ran through my blood so strongly during this time I felt like a caged animal that needed a companion and that's what this album became for me."

As for choosing Coventry to launch 'The Beautiful Unknown'?

Matt: "It wasn't about the place for me, I just want to play live. I want to go back to Japan, Australia, Germany, France, etc. Coventry is the first on the list, so bloody come and see me!"

So what can we expect from this new album please?

Matt: "The name of this album is 'The Beautiful Unknown'. We have been programmed to live in a place of fear and that includes the unknown. I want to take my own advice and remove fear from my life and believe that the unknown is something to look forward to. I have been doing this for three decades, so I feel that I have earned the right to say this. I think this is one of the best pop albums in the world right now. Every song on this album could be a hit."

What will fans experience on the 26th of March?

Matt: "The set will be me miming the whole album and there will be no music and I will be wearing black spandex from head to toe. I'm joking! I'll have the best band in the world and whether you're a Matt Goss fan or not, come down to the show and you'll have the time of your life. We are going to absolutely unashamedly smash it!"

I asked Matt next how he saw his 2022 fanbase, especially compared with when his band first hit the big time?

Matt: "The beautiful thing about having a fan base is that they love gaining new friends along this journey. After our documentary, ‘After The Screaming Stops', I definitely felt a younger audience come into my universe. I'm not in this game for nostalgia, I am a contemporary man and artist. I am only interested in being a creator of new memories where my old hits are one of the jet engines to my new hits. Here's to the stars and beyond."

Matt: "To be honest with you my support of all musicians at this time has never been stronger. I believe our industry was completely abandoned, but conveniently we are always the first to be called upon to lift people's spirits. I am not a music snob, all music is relevant and music and art is not ageist. Frankly if you are too cool for school you're simply missing out. Music is the tapestry of life, so f…ing enjoy it we only live once.

Discovery is a personal and beautiful thing. When I made this album I only listened to hit radio and very often I didn't know who the artist was. I just let the music wash over me without a preconceived opinion. I will never be able to lose my influences like Stevie Wonder, Donny Hathaway, Duran Duran, Depeche Mode, but let's stop compartmentalising the then and the now when it comes to music and let it become a melting pot of wonderful new creations."

And what else is there in his diary beyond the current album and dates?

Matt: "Yes, I am extremely excited about sharing this album with everyone. It came from a place of extreme seclusion and addresses some very personal issues, so for it to come to life with an audience is so exciting for me. My other projects currently include a psychological movie that I will be playing the lead in. It's very dark and it's going to be a challenge, but one that I can't wait to take on. I have just finished writing a Broadway musical and I have a Christmas album that I recorded at Capitol Studios in LA with the John Pizzarelli quartet. It's wonderfully sensual and has no sleigh bells! A nice fire and glass of scotch would be recommended with this one."

Are there any other musicians on a bucket list of people you'd particularly like to work with?

Matt: "I would love to play on "Later with Jools Holland". I want the public and the industry to see how musical this album is. In regard to a duet, I would love to sing with Adele, but collaboration in general is always an exciting thing for me. I called Elvis last week, but he hasn't got back to me!"

Many thanks to Matt for his time in sharing his thoughts with us and to Heather Swaine & Shane Hawkins at Weller Media Agency for facilitating it.

As those of you who were kind enough to read my interview with Paul McLoone last week (and what an interesting one that was for me to enact) will ...
[5 images] END_OF_DOCUMENT_TOKEN_TO_BE_REPLACED

As reported earlier in this month, one of the world's favourite bands, The Undertones, are playing at the HMV Empire in Coventry on Saturday ...
[2 images] END_OF_DOCUMENT_TOKEN_TO_BE_REPLACED