"Starting To Fall" by Lemon Boy with The Last Man Standing 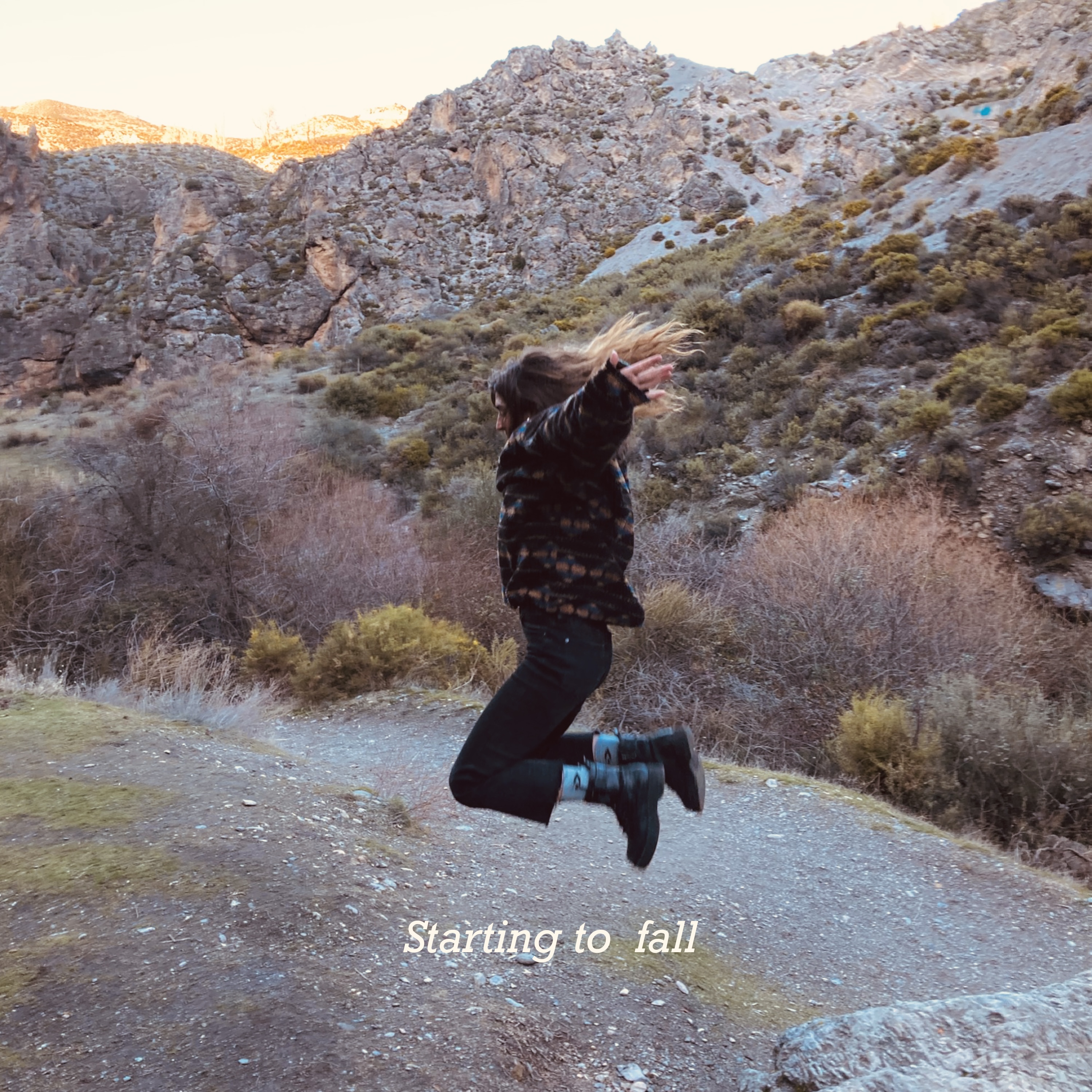 I must admit that the release of "Starting To Fall", Lemon Boy's latest single, took me by surprise (Luke has been sufficiently busy that prior promotional activities have not really featured this time) but it's a really welcome surprise as it is another beautiful song from this artist, this time in collaboration with The Last Man Standing.

The latter is the pseudonym of Madrid artist Chechu Rodríguez whom Luke met at university. They were in a band together for a year and since then have supported each other's projects, although "Starting To Fall" is intended to be the first of a new series of joint releases under a combined venture.

Lemon Boy's last single was the haunting instrumental "Vänern" and those who have followed his work will already be aware that generally he tells his stories via wordless tracks, painting vivid pictures with sounds.

The new single therefore takes his work into a different direction as Chechu has written lyrics which aim to tell the tale of recovery from a broken heart & the joy of finding new love in such a context: small wonder that they aimed their release date at Valentine's Day.

In fact the partnership between the two artists is as worthy of comment as the one celebrated in the song. Collaborations are a curious phenomenon in the artistic world: some seem very little more than adding a "guest star" to a track for commercial reasons: others suggest more compromise than a single creator might come up with. The ones which work however come up with pieces which exceed the sum of their parts: where the participants complement each other & bring talents & perspectives which drive the track into new areas which neither alone could have managed.

Clearly here we are not talking about risk taking: these are two people who have worked together before & understand each other's working methods & intents.

The sound of the track is so reminiscent of Lemon Boy's previous work that I feel comfortable assuming that he took the lead on this: exquisite acoustic detailing which shines in the treble range and hints of other cultural inspirations. Chechu I gather was responsible for the words (and you always need to respect those who write so articulately in tongues which presumably were not their first) and the two sit together perfectly: was this a poem set to music or did the words adapt to the tune? You simply can't tell.

What you have is an elegant conception: one where space is as important as the sound which encloses it & where tasteful understatement is the ethos. We should know by now that such approaches are in Lemon Boy's musical DNA, but it's not big surprise to learn that The Last Man Standing makes "..songs that make ambivalence an act of beauty: odes to love with bright and evocative melodies that hide stories of breakup and pain. Minimalist songs performed on guitar with vocals, but that fill the atmosphere with remnants of the great epic pop-folk acts….." which is frankly what you get with "Starting To Fall".

If the sum of the parts exceeds its constituents then what you get is an ideal romantic song: whether you focus on the words or the music or hopefully the fusion of the two. It's not without the melancholia without which the contrast with new love would be less intense but then again Lemon Boy & The Last Man Standing are masters of this. It's also a musical match made in Heaven to rival anything Tinder might have concocted this week..

Fresh out is the latest collaboration between Lemon Boy & Last Man Standing and together with their previous release, ("Starting To Fall"), "Holding ...
[1 image] END_OF_DOCUMENT_TOKEN_TO_BE_REPLACED

For his first release since September's "Never Gone", Lemon Boy has today unveiled "Vänern" for our pleasure.
[1 image] END_OF_DOCUMENT_TOKEN_TO_BE_REPLACED

"Never Gone", the follow up to his very well received "I Want Your Blue Sky" single from May, will be the latest release from Lemon Boy on 1st ...
[1 image] END_OF_DOCUMENT_TOKEN_TO_BE_REPLACED

"I Want Your Blue Sky" , the next single by Lemon Boy (Luke Bates) is not in fact released until 26th May, but already, thanks to some advance ...
[1 image] END_OF_DOCUMENT_TOKEN_TO_BE_REPLACED

If you enjoyed hearing the "elegant & graceful " (as our review described it) "Flamingo"  by Lemon Boy on ‘Hot Music Live Presents Volume ...
[1 image] END_OF_DOCUMENT_TOKEN_TO_BE_REPLACED

I hope you have been enjoying the track "Flamingo" on ‘Hot Music Live Presents Volume Four'? I'm pleased to share with you now the latest ...
[1 image] END_OF_DOCUMENT_TOKEN_TO_BE_REPLACED