"Hitman" by The Silver Wye 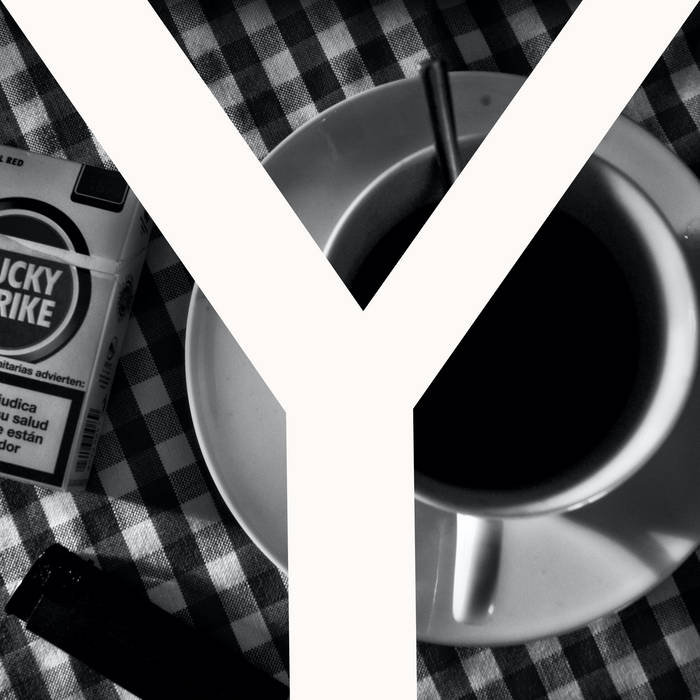 Out right now is a new single by The Silver Wye entitled "Hitman": their first new release since "Cold Light" came out in June 2020, followed by a compilation of their previous singles called ‘First Wave' in September 2020 escorted by a companion collection called ‘Variations' which comprised live versions of "Cold Light", "Pick Me Up" and "Just My Luck" plus a demo of a song called "Gospel Oak".

Although much of their work tends towards the optimistic and associations with light & hope, the premise of The Silver Wye which founder Wes Finch imbued it with at its birth, to offer an alternative, more processed sound compared with his expected approach, also provides him a spikier route, not just sonically but also thematically. Thus the stunning "Getting Place" was positively diabolical in nature & likewise "Hitman" turns its gaze towards the dark.

An indictment of the spurious glamour with which entertainment media is prone to imbue professional murderers, the topic reminded me of The Clash's 1978 "Tommy Gun" which while speculating on the likelihood of terrorists checking up on their own press for self gratification, also drew down criticism from those too dense to understand what they were saying ("irony is lost on pinheads" Elvis Costello sighed at the time). Thankfully I think Wes' audience can process irony as it is really the best vehicle or such observations & he deploys it accordingly here: though in a way very sonically distinct from The Clash.

Oddly enough the song has another slight Clash connection as part of its narrative follows that of the 1984 Stephen Frears movie "The Hit" with its focus on an English hitman & in which Joe Strummer apparently was originally intended to play the part which eventually gave Tim Roth his film debut.  Equally the song possesses a Latin flavour, new to the Silver Wye canon, which echoes that of that film's soundtrack.

Other touchstones might include Stephen Soderbergh's 1999 film "The Limey" (which stars Terence Stamp, who was also in "The Hit") but I really cannot spot any obvious references to "The Day of the Jackal", perhaps the best known "English hitman" movie, though that's hardly surprising as trying to include any French musical motifs might be quite jarring given the clear setting of wide open spaces, possibly somewhere adjacent to the US southern border.

Chiming guitars which tend towards the flamenco at times speak of dry & heat, whitening skulls in the desert and dirty deeds done under the blazing sun yet unseen due to their remoteness. The devil, last met in "The Getting Place" is back here to lend a hand too.  Although the trademark Ry Cooder slides are not much in evidence, there is a general feel of some of his great soundtracks for films set in similar places and maybe even a sly dropped in "One More Cup of Coffee" Dylan reference.

Dating from the Crooked Room sessions studio in Yorkshire with producer Isaac McInnes and Bradley Blackwell, (the bass player in The Howl & The Hum) which produced all the band's material to date bar their debut "Pick Me Up", as further recording has been difficult since then, Wes has returned to "Hitman" and completed it for release.

I don't know where The Silver Wye is likely to go next, but at this rate there is potential for a future compilation with maybe one side dedicated to the Devil's tunes & the other to their counterparts as the band do seem very good both at evoking evil incarnate and that which opposes it: a strange & striking dichotomy….

Normally the autumnal equinox is precisely the time we'd look for a new release from The Silver Wye.
[1 image] END_OF_DOCUMENT_TOKEN_TO_BE_REPLACED

Last night was another Full Moon (and a strawberry one at that, with an added penumbral lunar eclipse) and that these days means a new single from ...
[1 image] END_OF_DOCUMENT_TOKEN_TO_BE_REPLACED

As with their last single, the brooding & allegorical "The Getting Place", The Silver Wye are releasing their latest track "Just My Luck" to mark a ...
[1 image] END_OF_DOCUMENT_TOKEN_TO_BE_REPLACED

The Silver Wye, like any great river, rolls majestically on, picking up speed in the release of its songs.
[1 image] END_OF_DOCUMENT_TOKEN_TO_BE_REPLACED

I'm sorry but I'm afraid I'm going to have to instil a touch of déjà vu in you.
[1 image] END_OF_DOCUMENT_TOKEN_TO_BE_REPLACED

Last November, in "Hot Music Live", I reviewed a song called "Pick Me Up" by an entity calling itself The Silver Wye.
[1 image] END_OF_DOCUMENT_TOKEN_TO_BE_REPLACED