'Memories From The Mantelpiece' by Andy Beglin


'Memories From The Mantelpiece' by Andy Beglin 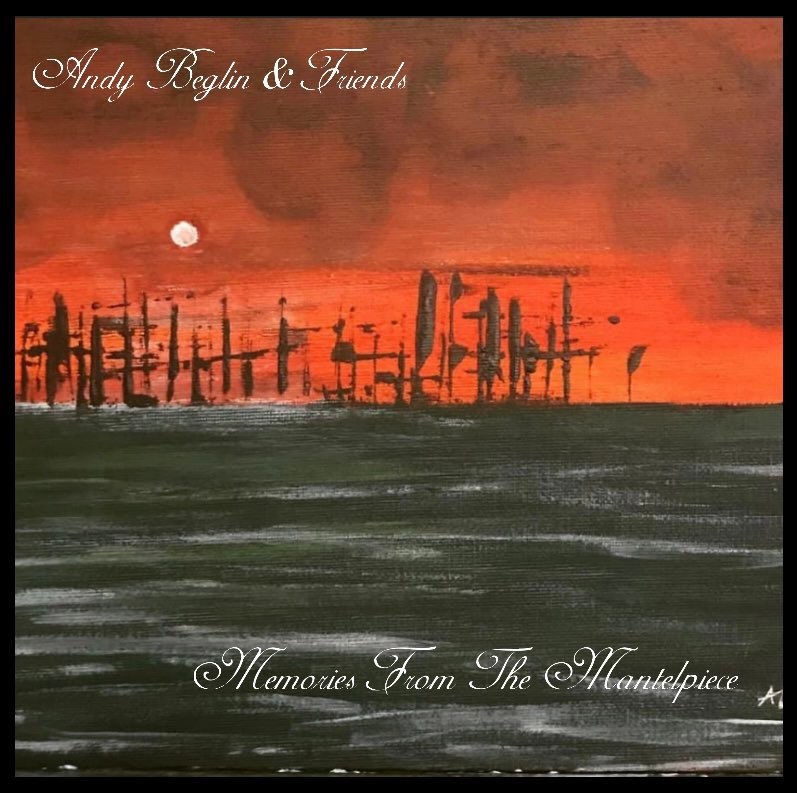 I've been giving little insights into what has just been released as 'Memories From The Mantelpiece' by Andy Beglin as his debut album for the last couple of years. That magnificent track from it, "Orange Groves & Wine" appeared on ‘Hot Music Live Presents Volume Three' in Spring 2020 and I cited several tracks in a June 2019 live review.

However Andy has been crafting the fourteen songs at Rough Note Studios since 2016 and without a shadow of a doubt, the time spent (some of it I imagine due to COVID19 constraints) is utterly justified. If hearing the songs live previously gave the strongest of hints  of just how good the album would be, then the finished product reveals them in their full glory for us to enjoy time & again. Anyone, local to our area or not is going to have a hard time in 2022 emulating let alone topping 'Memories From The Mantelpiece': a flawless masterpiece hone to perfection by Andy and his team.

For indeed the album itself is credited to "Andy Beglin & Friends" and although he is sole writer of the tracks, he goes to great lengths to express gratitude to his collaborators: producer Michael Gallacher (who also adds keyboards, guitar & bass), drummer Nick Jones, guitarist Andrew Shanley with Jade Hartley providing additional vocals and on the title track, which concludes the album, we have the Caludon Castle School Choir, conducted by Sharon Jevons.

Apart from that title tracks & "Orange Groves & Wine", the other tracks are: "The Beast & His Temptress", "Somewhere Along The Misty Road" (which appears in two separate parts), "Breakaway", "America", "Dark End Of The Light", "Tender Shores", "Arizona", "Under The Moon (Part One)"  (though interestingly no "part two" is on the record), "The Greatest Gift", "Mademoiselle's Hotel" and "Hollywood Blues".

Starting with "Mademoiselle's Hotel" for no other good reason than it seems certainly to be a live favourite amongst his fans (it most definitely is of mine) and hence may be where a lot of people start connecting to the album. If there is going to be a lead single off the collection, I think this one must be a highly strong contender (though on mature consideration, that pretty much applies to the other songs as well). However this serves neatly to illustrate a quality throughout the collection that you must have known the song for years: it's so familiar and sinks immediately into the consciousness where it stays.

It's hard to narrow down how Andy achieves this: there are probably a lot of factors. The songwriting, which he clearly took great pains over, nears perfection & the songs just come across as "classic": he obviously is a keen student of songwriting from across the ages. Each one here is absolutely timeless & this will without a doubt ensure that 'Memories From The Mantelpiece' is unlikely to age or grow stale upon the listener.

Beyond that, so seamlessly are any influences woven into the songs that identifying specific ones is near impossible: and I'm not sure the exercise is necessary nor rewarding: just enjoy them for their own qualities. As a reviewer, I felt it might be expected of me, but after spotting hints of both The Beautiful South and Neil Young in "Mademoiselle's Hotel" (and I think comparing the whole song to either of these is not terribly accurate nor helpful) & I gave up as too many other glimpses then appeared to me.

If the writing is subtle & nuanced, then so is the performing. It's Andy's record & his voice is central to each performance: the skills of the others offer texture and complements to what he does & make the album a classy affair with lots of little aural pleasures to pick out on repeated plays, but ultimately the songs are more than capable of standing on their own feet in concert with just Andy and his guitar. They are enhanced & graced by the additional performances but not dependent upon them.

I suppose in a very general way, one might describe at least some of the songs as Americana in some way (the titles of some point roughly in that direction), yet folk rock, indie, balladry (Scottish, Irish & English) and hints of the European chanson tradition are all clearly in the mix: but interestingly without a single one of those particularly dominating in any single song. There is great variety between the tracks, but ultimately they are all "Andy Beglin songs" in style rather than a pot pourri of fourteen songs in different genre stylings displayed for demonstrating his capacity for diversity. The latter is present, but evidenced more by the differences between tone, structure & content of the individual tracks than glaring contrasts in which pigeonhole the mainstream media like to place artists and their work. Indeed perhaps the secret to the beauty which is as 'Memories From The Mantelpiece' is that it sits in what is recognisably our own world, yet in a time & place entirely of its own, tied neither to an era nor a location. I guess a lot of writers aim for this form of universal applicability for their material but maybe not all of them always succeed as Andy has done here.

Andy & his friends should be really proud of what they talent & efforts have wrought. This material sounds great live & every single song sounds made for the radio: let's hope they get the plays & recognition they deserve. I find it impossible to even attempt "best of the year" lists, but come December, I wouldn't be too surprised if 'Memories From The Mantelpiece' is one title under serious consideration by those who go for that sort of exercise.