"Bring Back The Sun" by Kyle Boswell


"Bring Back The Sun" by Kyle Boswell 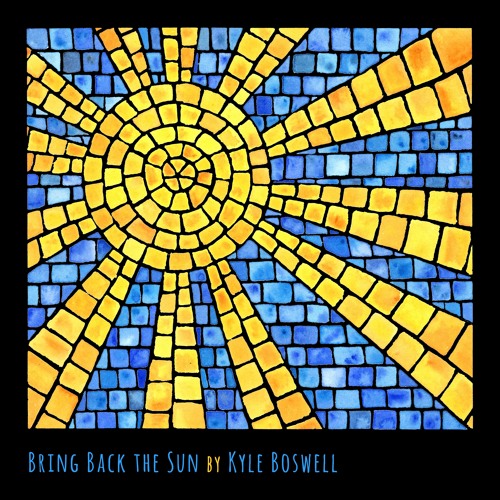 Many thanks to Rich Keogh for bringing the work of Nuneaton based musician  Kyle Boswell to my attention just in time to review his ‘Bring Back the Sun' EP which comes out on the 21st of this month and features both the title song and a reworking of his previously released "Hourglass". (Credit too to Andy Baldwin from Metropolis Studios in London for mastering)

n fact I would recommend your spending time listening to both tracks since (having checked out some of his previous work), I think that "Hourglass" (presented here in a "Midnight Edition" form) more closely represents his signature work, which tends towards human scale narratives with "..a sense of local charm…" which he claims & I can perceive. He cites Alex Turner as an influence on his words and I can see why: and I like that.

The title track is a cheery upbeat number to brighten our January days: led by what sounds like a ukulele & words to match. The beat is steady and the words & tune easy to get your head around: you can easily imagine audiences being able to sing along to it. He acknowledges how the song is very much at the pop end of what he does but as he said to me, "..I don't think that's always a bad thing…" and again I agree. This one will get him airplay I hope & he can pick up new fans with it.

But just as the song has effective hooks, Kyle is being canny here & I suspect using it as a hook in itself to draw people in & then expose them to his more profound songs such as "Hourglass" which is much more contemplative with its starker arrangement & vocal and more anguished narrative, accentuated interestingly with howls of feedback

He seems to be making a name for himself already having played the O2 Arena in Bristol, the Kasbah in Coventry, Nuneaton's Queen's Hall and the Godiva Festival (with a gig at the Sunflower Lounge in Birmingham among those lined up for later this year) and has had play on BBC Introducing and Switch Radio (indeed it was being dubbed their "Switchmas Star" for 2021 that has led to the Sunflower Lounge opportunity)

It strikes me that Kyle has already got some admirable momentum going in his career and the new EP is a smart move to potentially add a few more mainstream fans to the indie ones I imagine he has won over so far.

If you enjoyed the ‘Bring Back the Sun' EP  from Nuneaton's Kyle Boswell  which we reviewed in April, you'll be pleased to hear ...
[1 image] END_OF_DOCUMENT_TOKEN_TO_BE_REPLACED