"Have Yourself a Merry Little Christmas" by The Rising 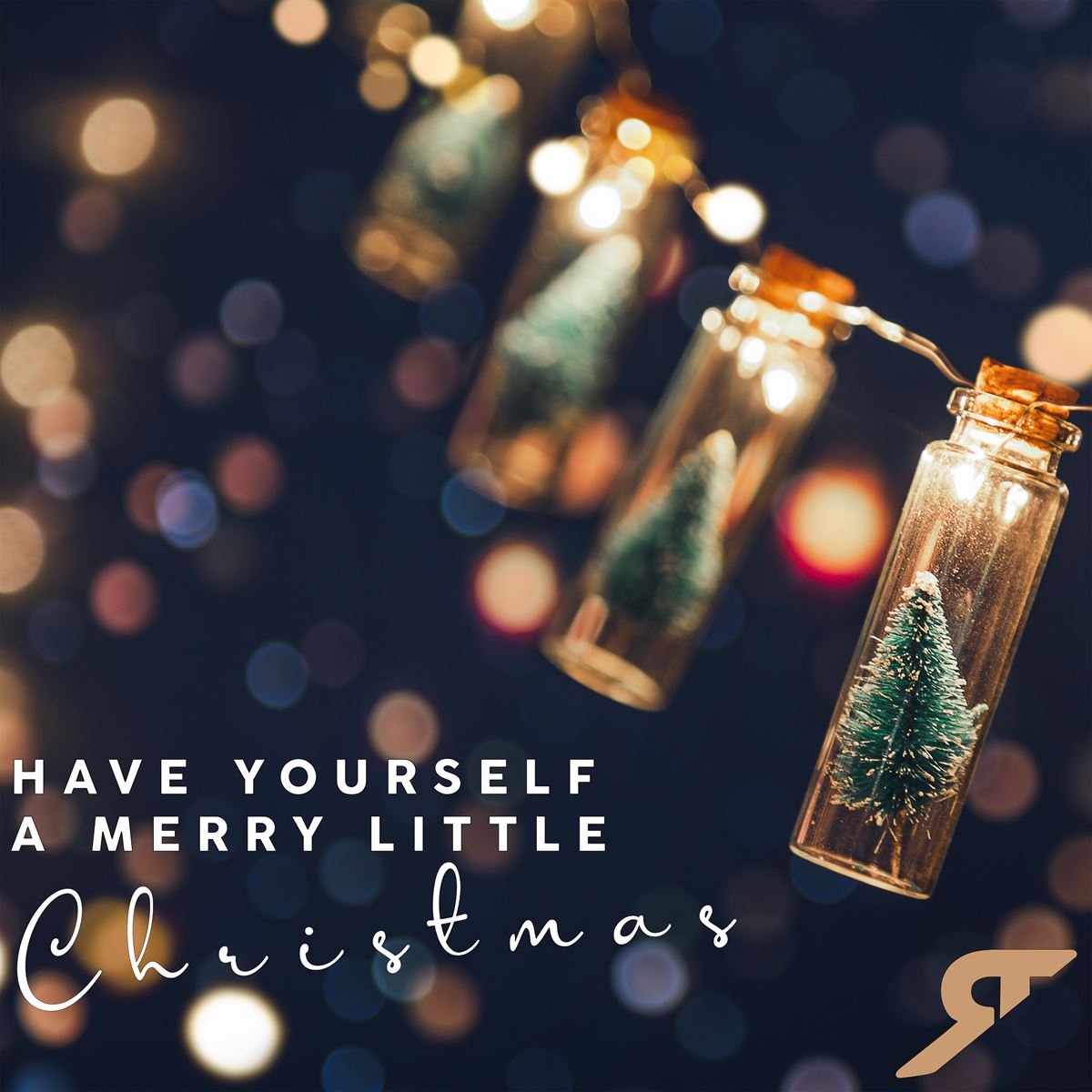 I have to confess that when I heard that the new single by The Rising (out today) was to be their version of "Have Yourself a Merry Little Christmas", I was perplexed. After all, the band, despite the recent disappointments of the paucity of live opportunities, have really enhanced their reputation as writers with a string of excellent and well received original releases: they even have put out original festive songs in the past. So why do a cover at all, let alone one which to be honest has been covered an awful lot (and not necessarily always terribly tastefully)? This doesn't sound much like the band we have come to know & love.

The truth, you probably won't be surprised to hear is that this is not a moment of curious inconsistency or lack of self belief in their own creative abilities, but there is a jolly good & indeed admirable reason.I'm afraid that Chantelle's Grandfather passed away earlier in 2021 & she had customarily sung this, his favourite Christmas song to him. Thus it seems entirely appropriate as a tribute to him for them to record a version for posterity & so we can all experience what previously only her family would have heard.

Unsurprisingly, a song, cover or not, sung with evident love and commitment this personal is going to sound authentic and (excuse my bias) The Rising seem only interested in performing in this fashion. I've heard many (too many?) other takes on this old song (written in 1943 by Hugh Martin and Ralph Blane, although there have been suggestions that is was purely by the former) and while I can't criticise the affecting and lightly arranged Judy Garland original (where she certainly imbues the lyrics with some sense of meaning) or Sinatra's version, there are a lot of very heavily & overwrought  arranged and produced takes wherein the words seem merely a formula to be bellowed out over the tune. Sensibly & tastefully, The Rising return to basics in this respect & lay off such a approach, leaving, as is so rightly the case under the circumstances, the focus on Chantelle & her voice.

As I have tried to emphasise before, her voice is often, quite rightly, praised for its range, power and sense of the dynamic, but over the last couple of years she has time and again explored the possibilities of the poignant and melancholic to excellent effect, as she does again here. And it is, in all truth a much more poignant and downbeat song than most contemporary takes acknowledge (Sinatra famously found it so downbeat that he requested lyrical variations) so all credit to Chris and Chantelle for restoring its original qualities after decades of abuse. Obviously it was selected due to it being her Grandfather's favourite, yet just in the tone of the song, it fits as a tribute to him: they really do bring out the pathos beautifully.

Chris for his part has composed a guitar centred arrangement which accentuates this quality: restrained, simple and dignified and though you may focus on the vocals, his work deserves attention, not least his right on target solo. And anyone who can release a Christmas single & resist the temptation to plaster sleigh bell sounds over it gets my vote….

Listen out for too The Rising's special Christmas livestream on Monday December 20th & let them know if there's something you'd like them to play.

When last week I told you of The Rising's collaboration with Tiernán Heffron called "Come Closer", I offered the observation that "this is a ...
[1 image] END_OF_DOCUMENT_TOKEN_TO_BE_REPLACED

If you have been reading my more recent reviews of The Rising, then it will not be news to you that they've been steadily releasing each of the ...
[1 image] END_OF_DOCUMENT_TOKEN_TO_BE_REPLACED

For those of you following the incremental release of The Rising's ‘No Hope Without Love' EP (and I hope that's you all), you may ...
[1 image] END_OF_DOCUMENT_TOKEN_TO_BE_REPLACED

True to their mission, The Rising are back with a new single "Highway to the Lost & Found"  (due out on 3rd September) just over a month after the ...
[1 image] END_OF_DOCUMENT_TOKEN_TO_BE_REPLACED

I hope you have been following the progression of singles released by The Rising from their upcoming ‘No Hope Without Love' EP?  Following ...
[1 image] END_OF_DOCUMENT_TOKEN_TO_BE_REPLACED

The 4th of June marks the release date of the second single from the upcoming 'No Hope Without Love' EP by The Rising, namely "Bruise You ...
[1 image] END_OF_DOCUMENT_TOKEN_TO_BE_REPLACED