"On The Wrong Side Of The Sunshine" by Levi Washington


"On The Wrong Side Of The Sunshine" by Levi Washington 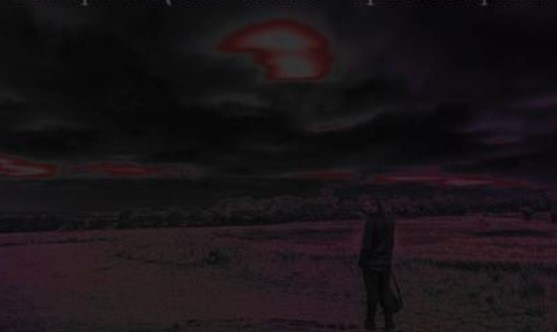 Having been too slow in my response to last week's Levi Washington single "Soph", thanks in part to a heads up from the artist himself (thank you Levi), I'm able to greet "On The Wrong Side Of The Sunshine" as he releases it.

As you might expect by now, it has a distinct sound to "Soph" and once again, the emotional emphasis has shifted. I suppose that one might make a case for suggesting that Levi partially prepared us for today's song as "Soph" was rather a sad story, though the leap is substantial as "On The Wrong Side Of The Sunshine" is not so much sad as bleak, dealing with the theme of "…..hanging on by a thread and cursing the thread you hang on…".

As he is advancing towards the festive season week by week with these songs, I think it's fair to say that he has made a wise choice by sharing this song now and not say in the third week of December. It would certainly cause a stir then, but it would pretty much put a dampener on a supposed time of celebration already haunted by COVID19 etc.

Not that it comes across as any sort of barrel of laughs in the last week of November: you simply can't get round its essential existential angst, delivered by Levi in a vocal sound which has clearly been shaped to distance, or frankly alienate himself and the listener from the more enjoyable aspects of life. It's all a far cry from the warmth of how he sings on say "Shelter" or "My Own Way": imagine in your head perhaps the sound Peter Gabriel has often gone for, but with additional yelps of pain embellishing it.

The instrumental backing for this is pretty sparse (though there is a curious guitar part a little deep in the mix which occasionally chirrups in a way somewhat reminiscent of that ubiquitous "sleigh bell" sound I suspect we're going to be hearing far too much of very soon. This may be Levi's injection of a bit of dark humour to leaven the song, or just my imagination, but it certainly helps add an interesting layer of irony). Otherwise the sound tends towards Pink Floyd at their most Roger Waters-shaped gloomy (think ‘The Final Cut' era).

It's not an easy nor comfortable listen: as the man himself says "…enjoy if possible…" and possibly enjoyment is a tough ask, but one can surely appreciate and respect what he is trying to say. The subjects of despair and potential self harm are not easy ones to write about, especially in a "popular" context, but they exist and Levi obviously feels that he has a moral obligation to tackle the subjects and not just turn a blind eye to them: at the very least this song acknowledges the suffering of others and pays them the respect of neither ignoring them nor stigmatising them. He may not possess answers to the issues, but he doesn't flinch from demonstrating his support either.

It's back to business nearer usual for Levi Washington with the release of "Same Ole U".
[1 image] END_OF_DOCUMENT_TOKEN_TO_BE_REPLACED

It was grand indeed to catch up with Levi Washington live on Sunday on the Bandstand, but it's back to the weekly business as usual now with his ...
[1 image] END_OF_DOCUMENT_TOKEN_TO_BE_REPLACED

I was pleased to hear that Levi Washington is managing both his health issues & his rapidly expanding portfolio of commitments running live events ...
[1 image] END_OF_DOCUMENT_TOKEN_TO_BE_REPLACED

I'm sure many readers will have been saddened to hear of the illness of Levi Washington last week and his consequent hospitalisation.
[1 image] END_OF_DOCUMENT_TOKEN_TO_BE_REPLACED

You can't fault Levi Washington for ambition: trying to release a new single every week against the background of organising so much live music ...
[1 image] END_OF_DOCUMENT_TOKEN_TO_BE_REPLACED

After the angst of last week when he agonised over the mix of "Carrie, Baby" until Wednesday & the existential angst of the preceding "Check 1, 2" ...
[1 image] END_OF_DOCUMENT_TOKEN_TO_BE_REPLACED