"The Lucky One" by Joe Dolman


"The Lucky One" by Joe Dolman 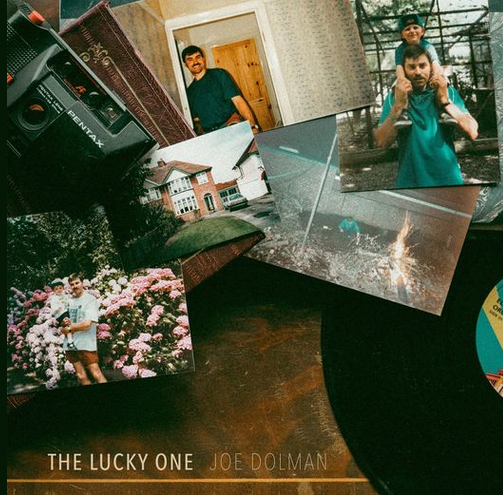 After the recent releases of "Real World" and "Strangers" in the past few weeks, both of which have no only been reviewed in this magazine but well received by his large fanbase, Joe Dolman is spoiling us with yet another new single today, namely "The Lucky One".

If that title sounds a little familiar, then you may be thinking of the current Kenzie Webley single which has an identical title: how unusual is that for two artists from the same area to choose precisely the same wording for a release at the same time? It must signify something surely. I'm not aware that either song has influenced the other in title, content nor sound though.

This "The Lucky One" is in fact about Joe's Dad & I am so pleased to hear it for several reasons. As regular followers of my reviews of his work will know, while applauding the quality of his recent releases, I several times expressed concern about his general state of happiness as evidenced by their lyrics: there was an awful lot of beating himself up over ended relationships and missed opportunities within them. Of course he is a very skilled & experienced songwriter and there is no reason at all to suppose that he was necessarily writing from personal (current) experiences: he could easily be writing from an imagined standpoint or from his own history. I just felt a bit bad for him that he seemed perpetually a bit sad with life: something I must say I have no strong reason to believe is the case in actuality. This switch therefore to a different subject altogether cheers me up on his behalf straight away, and it's arguable that a change in theme was due.

There is no doubt at all however in the case of "The Lucky One" that this is no song in character: this is Joe speaking without filters, directly from his heart and I think this brings out the best in him & accentuates the qualities in his music I imagine his many admirers particularly cherish.

I don't mind in the slightest saying here that it's my own favourite not only of his recent work but of everything he's done so far. Part of that is the song's personal resonances for me (and the best songs do touch individuals in very powerful & discrete ways) but also because I think one might argue that he has been building towards this through his career: gradually lowering the defences of his writing to produce something as open & heartfelt as this. I'd say that I am probably echoing Joe's own thoughts on the matter, as he says: "….this one really is the most special to me yet. For as long as I can remember, my dad has always been my role model….Putting into words how much he means to me felt impossible; this song has been 3 years in the making but it's finally ready to release and I couldn't be prouder". Justifiably so in my opinion. The length of time he has been crafting it alone tells you the intensity of its meaning to him. Time well spent.

The theme is essentially enumerating the qualities he sees in his Dad while articulating how lucky he feels to have him in his life, with the strong message of how important it is to say these things when the subject is still around to hear them: how many times do people think "I wish I'd told him/her how much they meant to me" after it's too late? It's a vital message & as you'd expect, delivered exquisitely, within a typically stripped back & elegant arrangement and emotionally exposed performance, building to the charged crescendo that it deserves. When this is played live, there will not be many dry eyes in the house I suspect.

Talking of live performance, don't forget his concert at All Saint's Church in Leamington on December 17th. I'm predicting magic in the air.