"Glad To Say" by Jake Rizzo 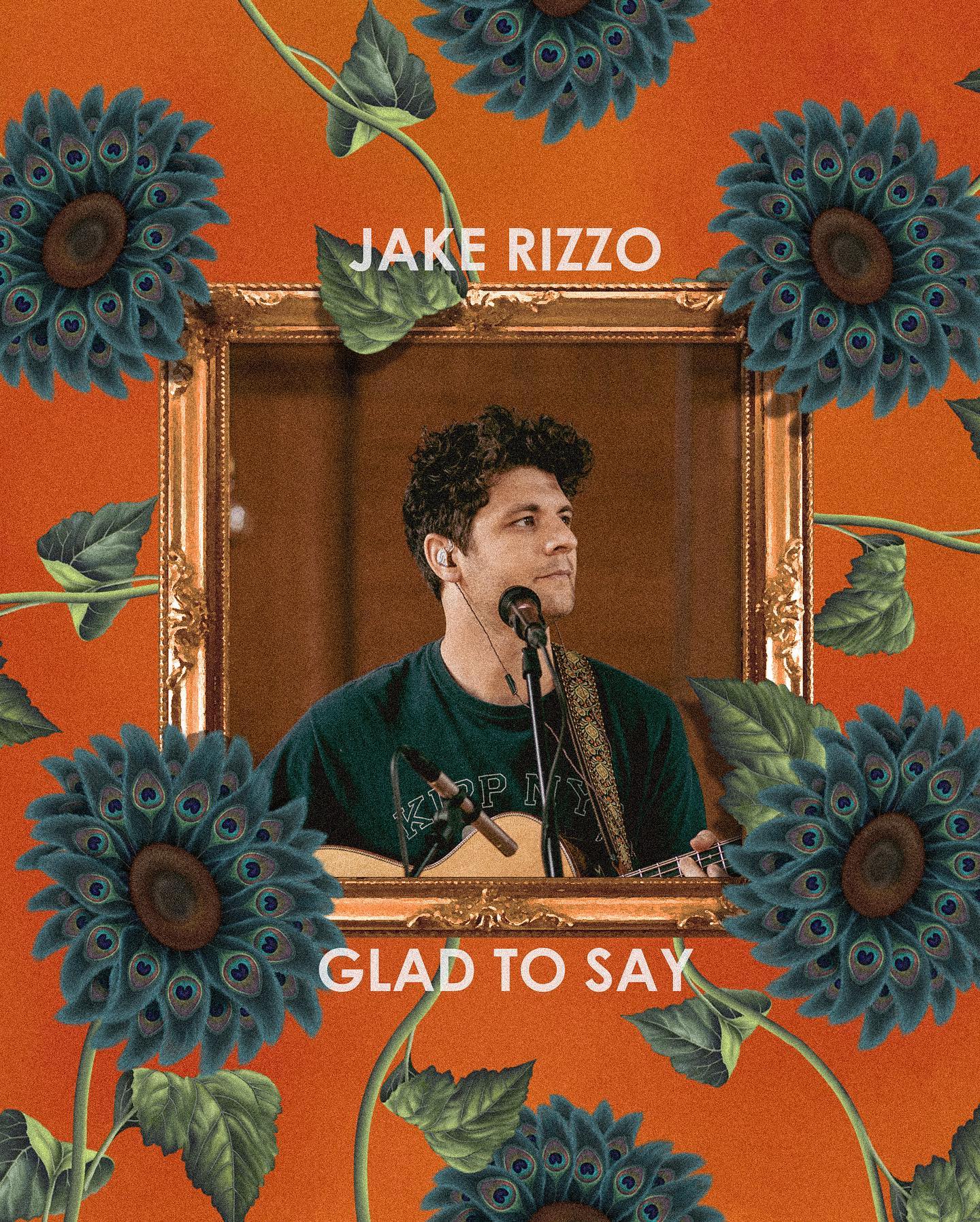 It's a rather unbelievable two years since we last covered a Jake Rizzo release in this magazine, and ironically our review on that occasion covered two songs, "Try" and "Leaving" since they came out so close together that it caught us by surprise (in a very good way).

However I'm glad to report that the wait is now over as "Glad To Say" was released at midnight. Co-written with Tom Gortler, the song also features the very considerable talents of Matt Cotterill. Joe Dolman, James Burgess & Harry Green: need I say more about the stellar lineup he has assembled?

It is certainly been worth the wait: as with many other highly talented artists confined from doing what they love over the intervening period, you not only can safely assume that they have had the chance to really craft new material given the extra hours at their disposal, but when they've finished, the product can channel anything from frustration to a sense of liberation with an especial passion which might not have occurred without the pandemic.

In Jake's case, he seems to have clearly decided on a positive spin on things, such is his outlook on life & being the tasteful and subtle artist that he is, instead of expressing passion via volume & vocal acrobatics, he's gone for something far better: through tone and articulate intensity.

His voice seems to me to have reached into new places during the intermission (although I saw him play live during the summer at Art in the Park, I couldn't catch his whole set & in any case, I am definitely picking up on this more through listening to the single repeatedly than I managed that afternoon). He seems to be favouring the deeper aspects of it more, which is something of a revelation & to be honest is part of how he carries off the emotional truth so well. I might also say that however star studded his band may be, the production (led by Matt) keeps Jake's voice not only central to the mix but eases the instrumentation right back in places, exposing it & again contributing to the power on display. It does surge from time to time to keep the shifting dynamics going and provide constant interest, but this is another fine example of how to ensure that arrangement and production serve the song rather than show themselves off or in the case of many commercial tracks, seek to cover up the inadequacies of the track. No need for that here: the song stands confidently on its own two feet.

Some people might say that this is Jake's finest song to date. They might also suggest that it's his best performance on record. Well ultimately that's a judgement you will each have to make for yourselves, but I certainly am not prepared to argue with anyone who might make such assessments. It's a glorious slice of uplifting, soulful music which gladdens the heart to hear. Jake is one of those artists who can do this at any time, but I'm happy to go on the record and state my feelings that during his enforced break from playing that he has engaged a new, even higher gear in his art. Since he says he is "beyond proud" with the song, it seems like this may be something he feels himself. Please listen: you'll feel better for doing so I'm sure.

You can see the official video of the single (created by Emilié Cotterill) at this link: https://www.youtube.com/watch?v=1_lDwI_gAII

There is also a nice clip of him performing outside the Tate Modern this week which is very uplifting & you can find it here: https://www.facebook.com/jakerizzomusic/videos/1529867767382705

Double good news for the "Hot Music Live" community as not only does Jake Rizzo have a brand new single called "Obvious" out today, but it's a ...
[1 image] END_OF_DOCUMENT_TOKEN_TO_BE_REPLACED

It is said of several aspects of life that "a week is a long time" within them: to the list we might now add the career of Jake Rizzo.
[2 images] END_OF_DOCUMENT_TOKEN_TO_BE_REPLACED

It is always a great pleasure to review excellent music, but to focus on a debut single is that extra bit special as you feel like a traveller ...
[1 image] END_OF_DOCUMENT_TOKEN_TO_BE_REPLACED